A SUPER fast train that aims to reach speeds of nearly 400 miles per hour has been unveiled in China.

The new ‘super bullet maglev train’ prototype was revealed on a small stretch of test track in Chengdu. 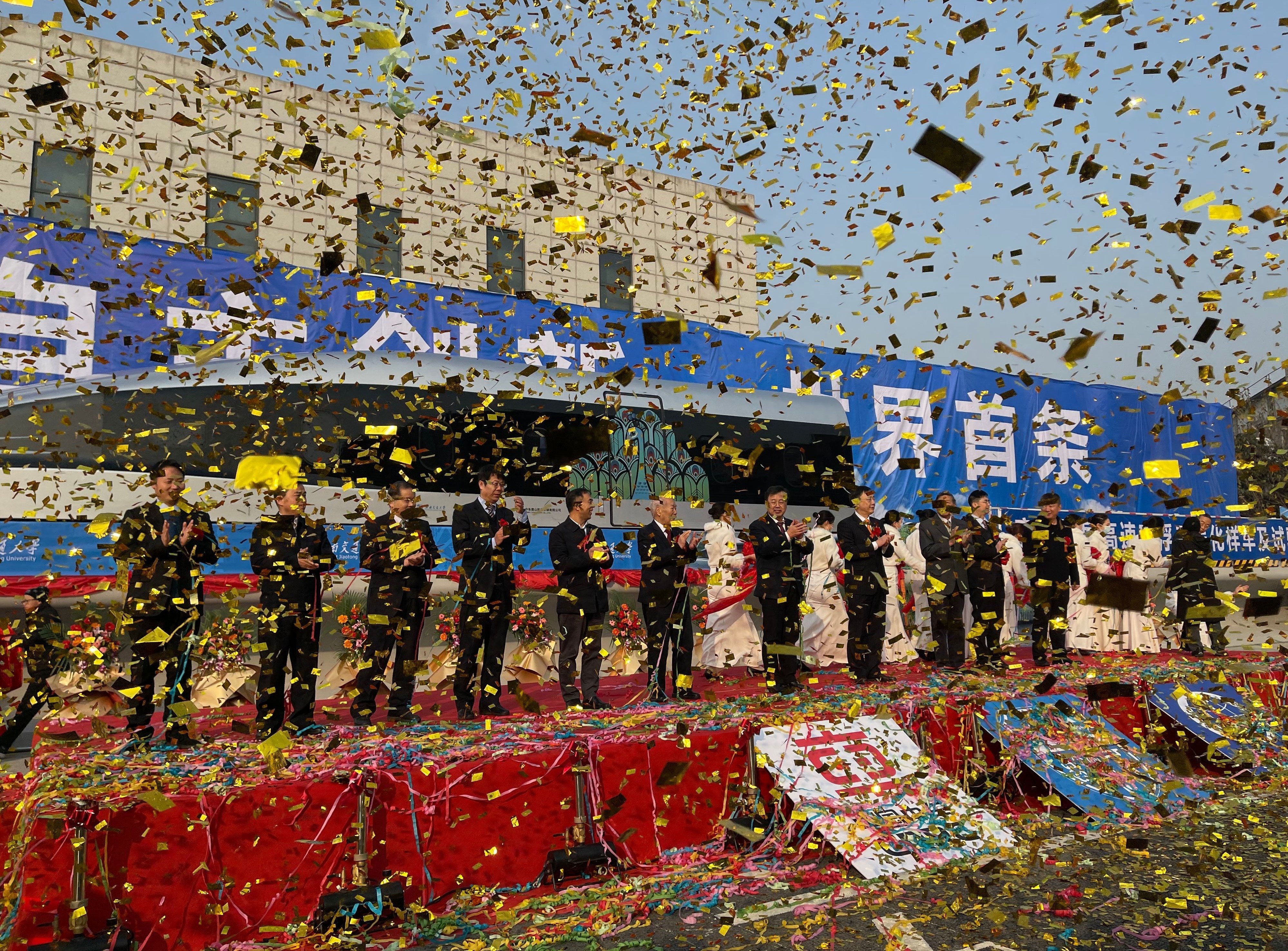 The train prototype was unveiled on Wednesday this weekCredit: Rex Features 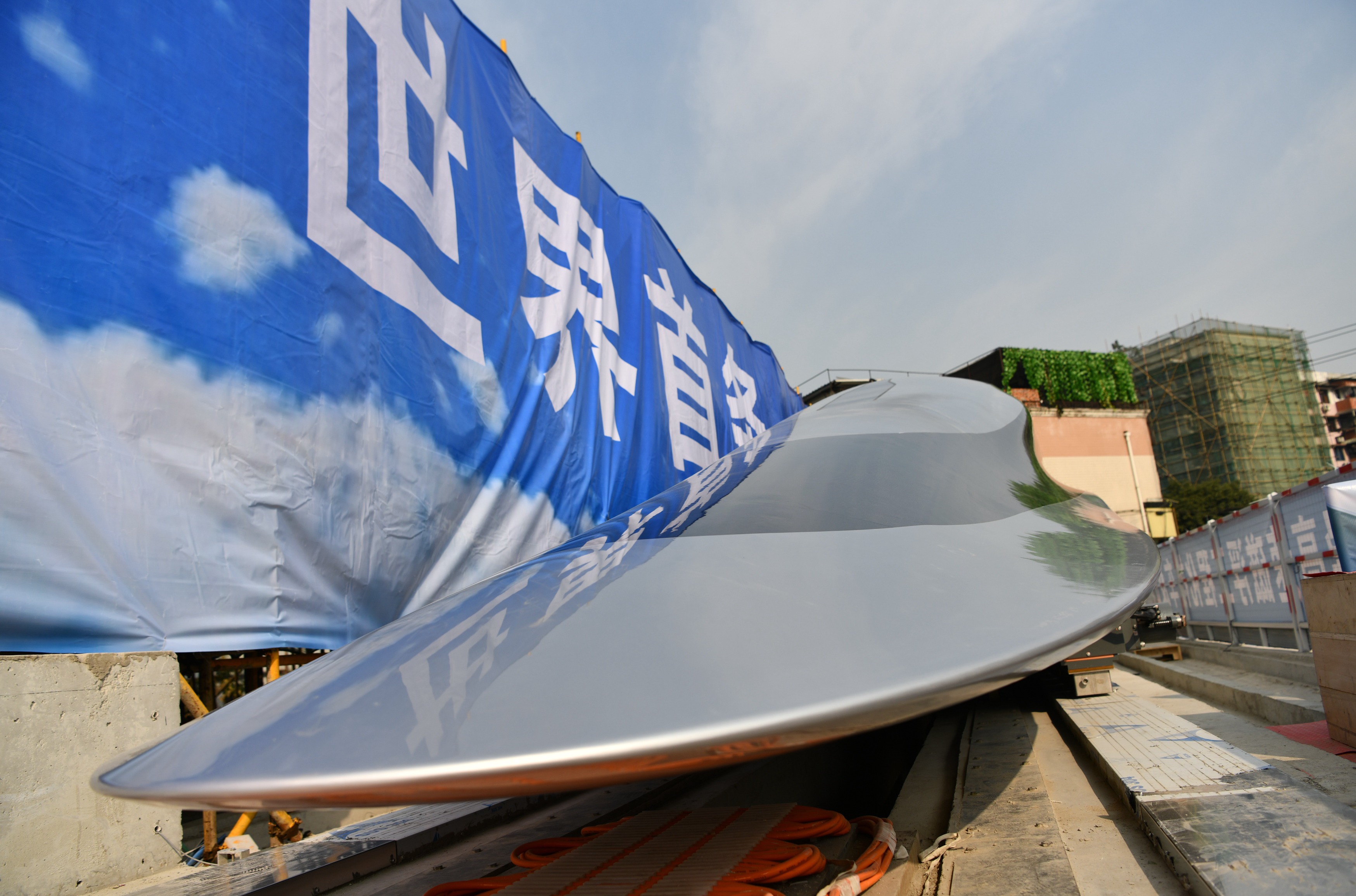 It was created by scientists at the Southwest Jiaotong University who think the train could travel at the speed of some jet planes.

The aim is for the vehicle to be a next-generation magnetic levitation train that will be cheaper and much faster than current train options.

It’s designed to travel at 385 miles per hour.

That’s like travelling on a train from London to Paris in 47 minutes. 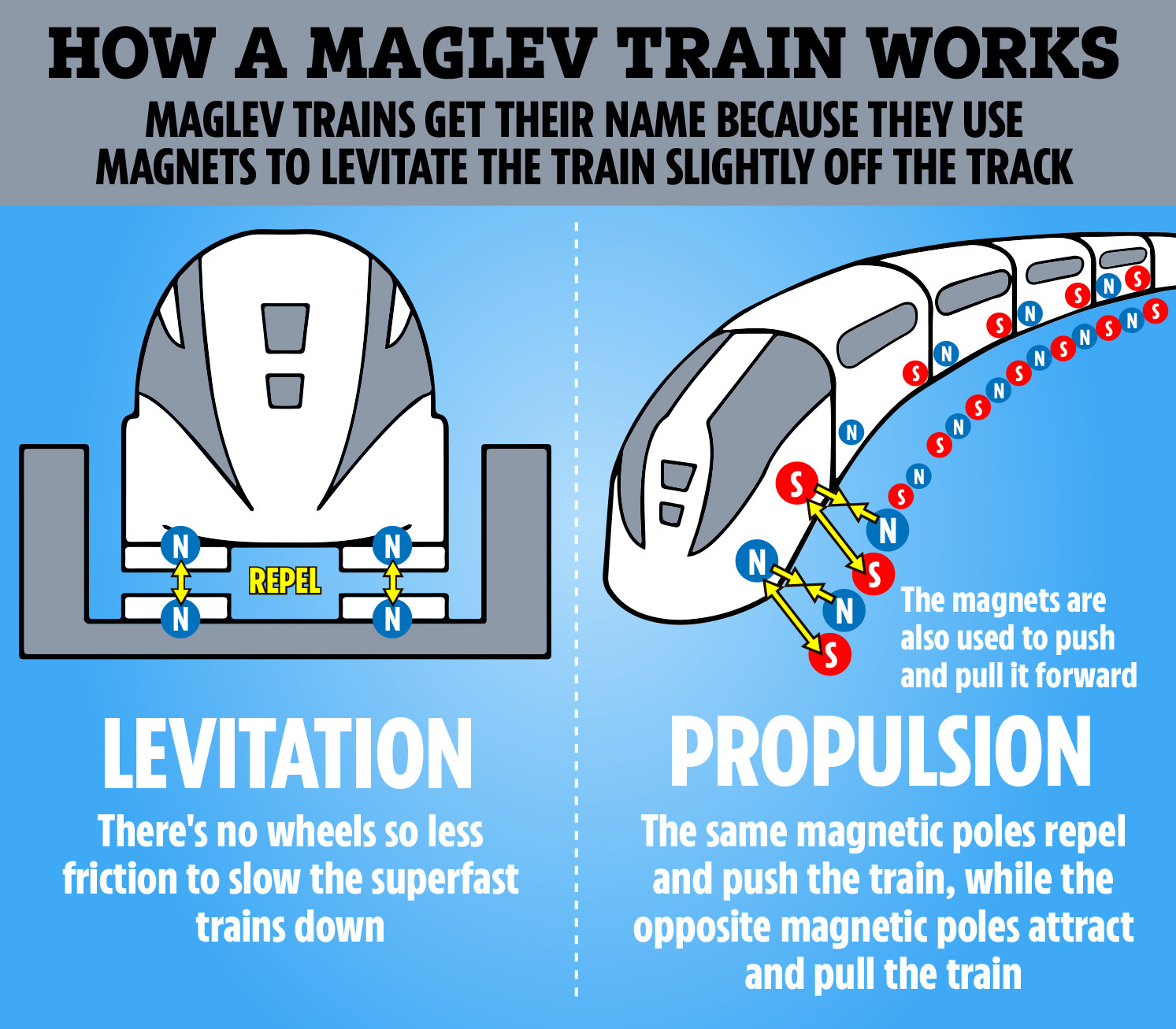 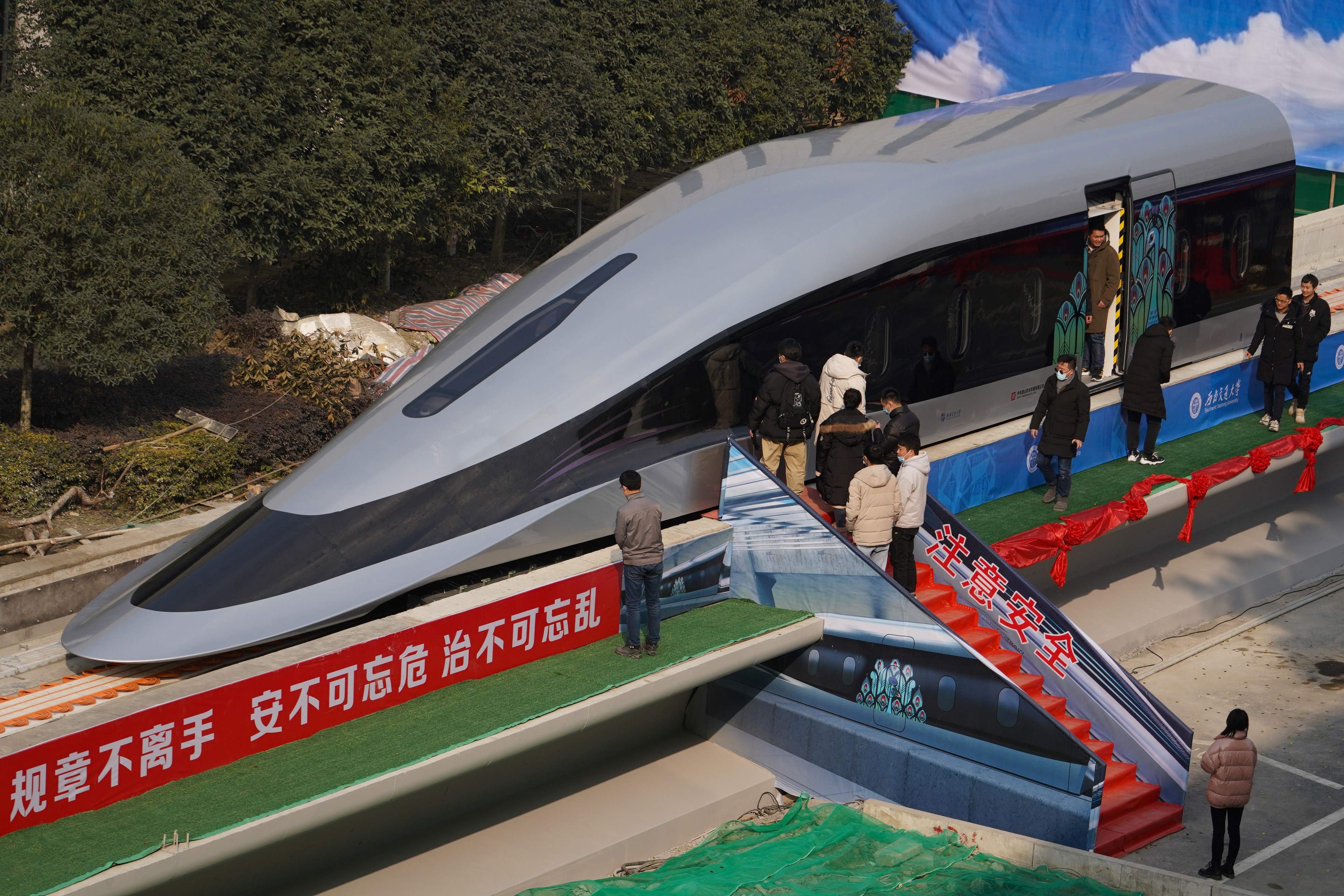 The prototype is shorter than how the real train will lookCredit: AFP or licensors 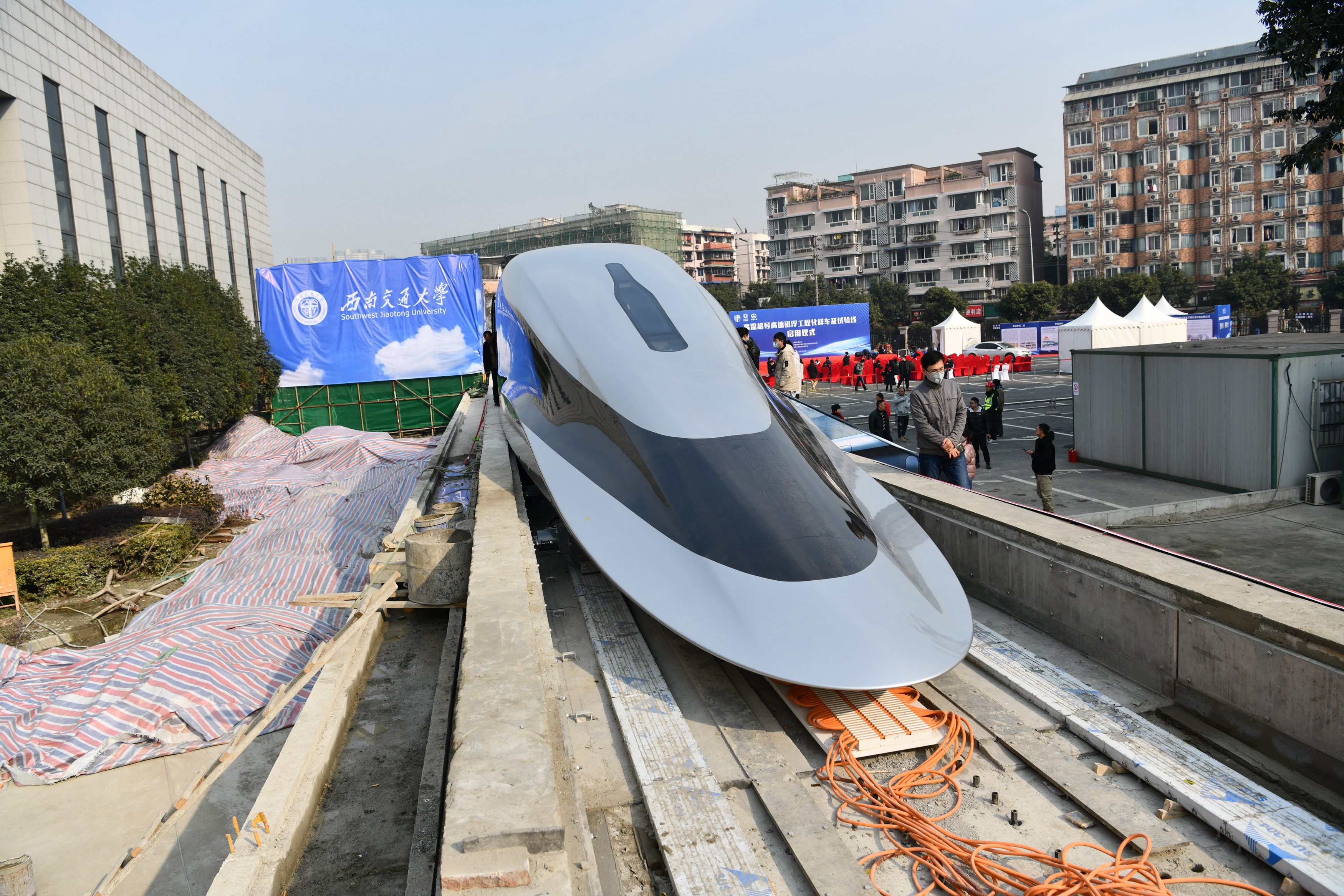 The aim is for the train to travel at speed of around 400 miles per hourCredit: Splash News 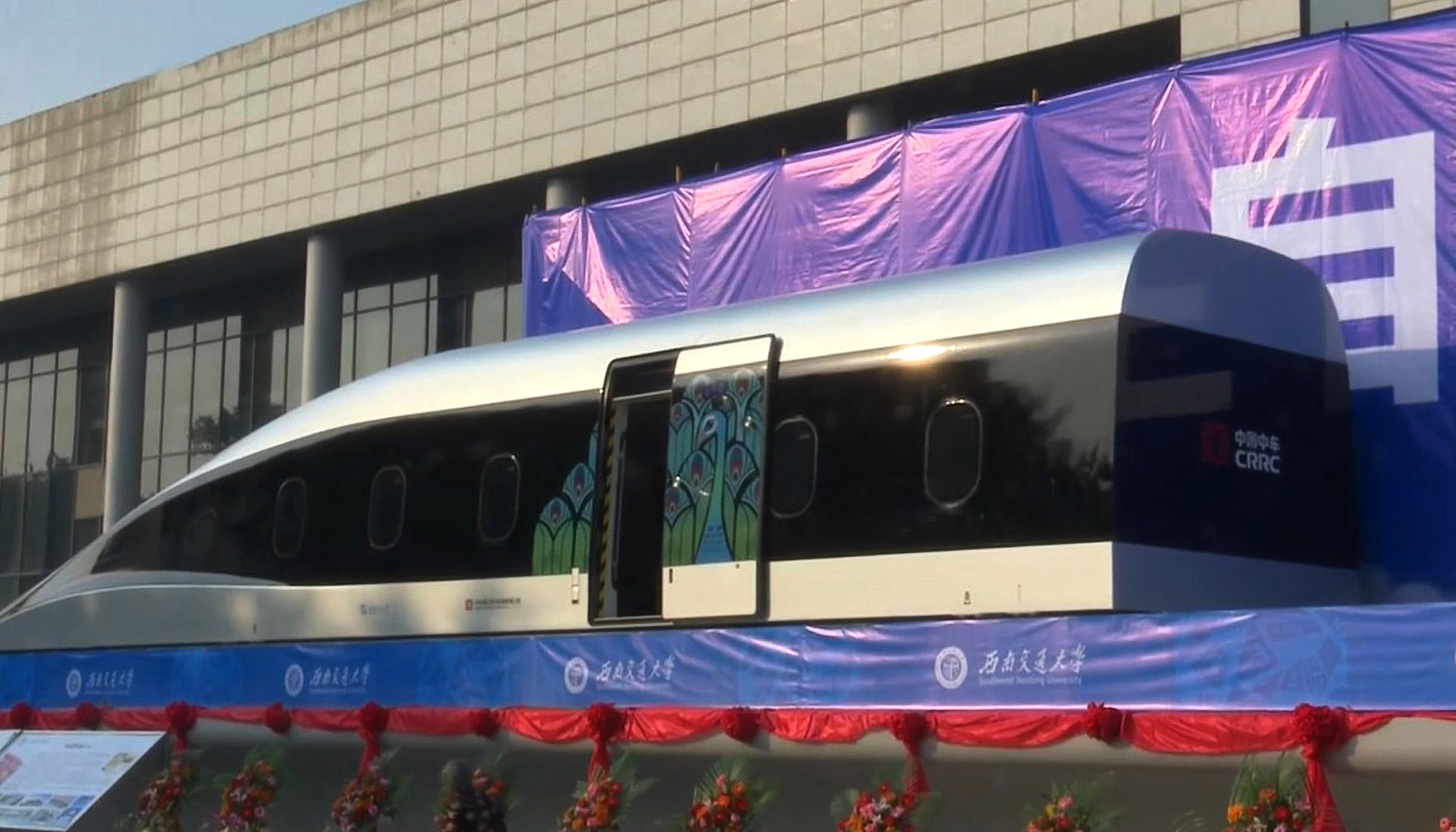 Maglev trains would be the future of speedy train travelCredit: Newsflash

However, the researchers don’t want to stop there and hope to push speeds to 497mph.

A similar maglev train is aiming to be up and running in Japan in 2027. 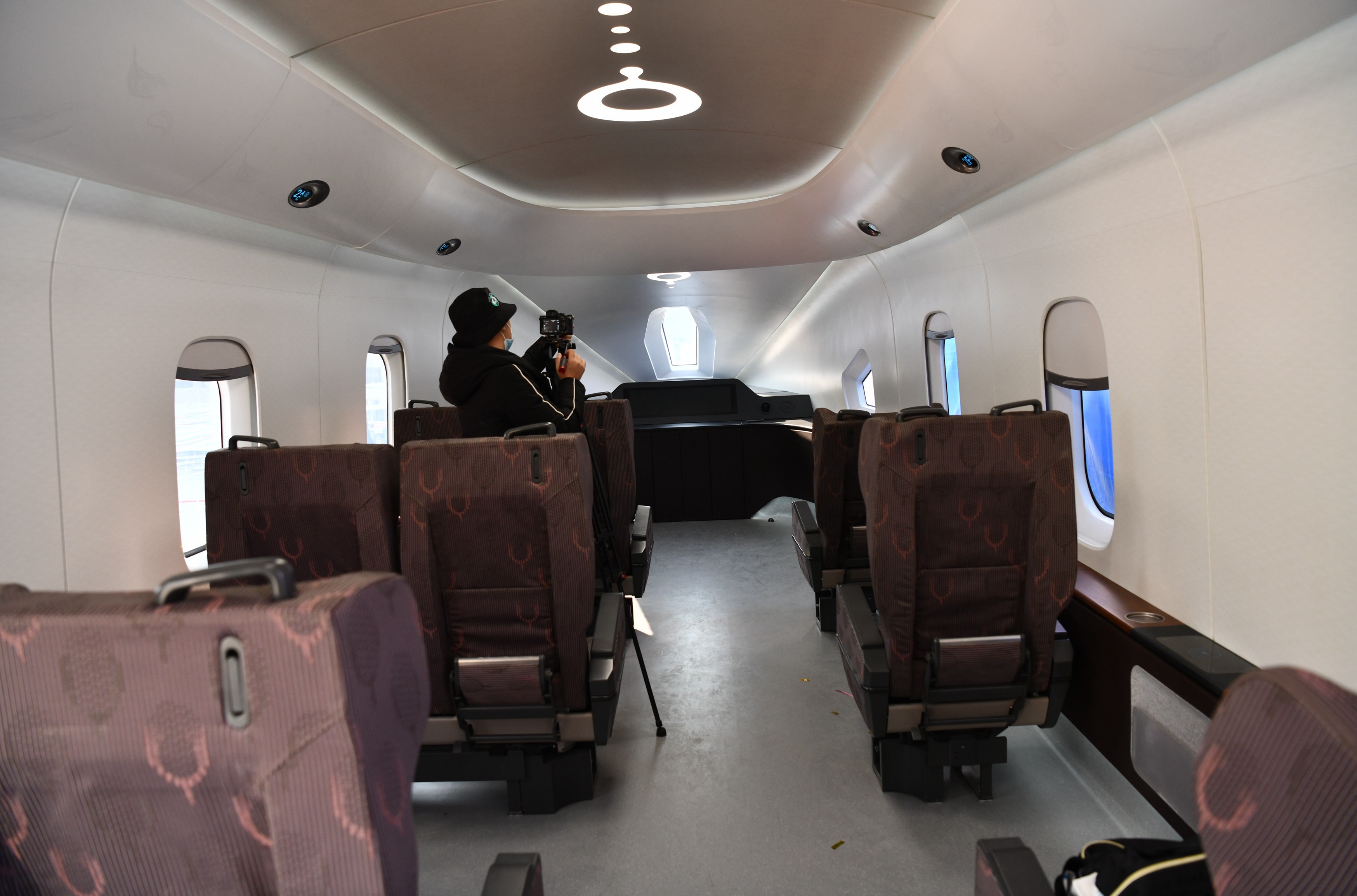 The train could travel at the speed of some jet planes if everything goes to planCredit: Rex Features 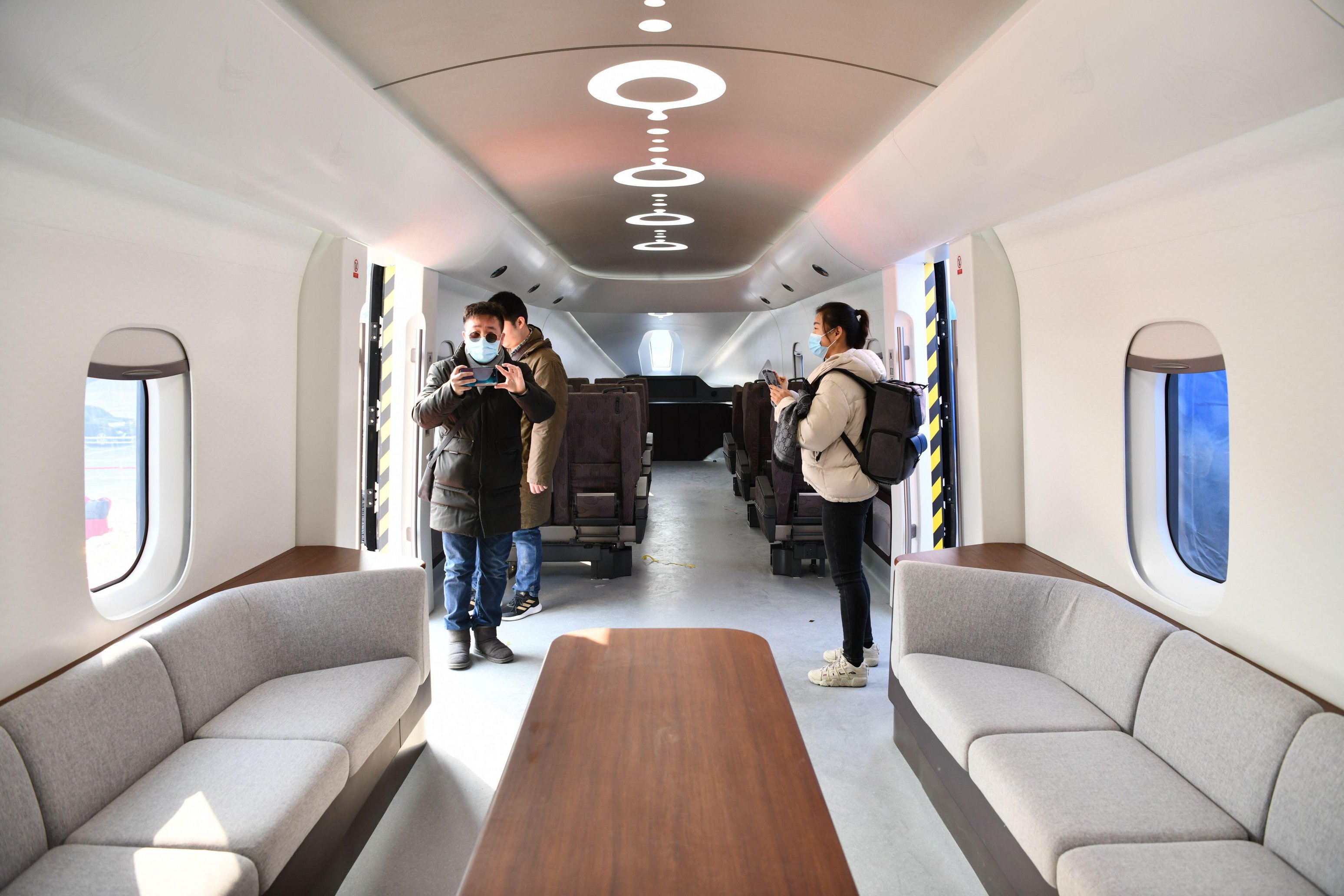 There’s a more communal area at the back of the carriageCredit: Alamy Live News 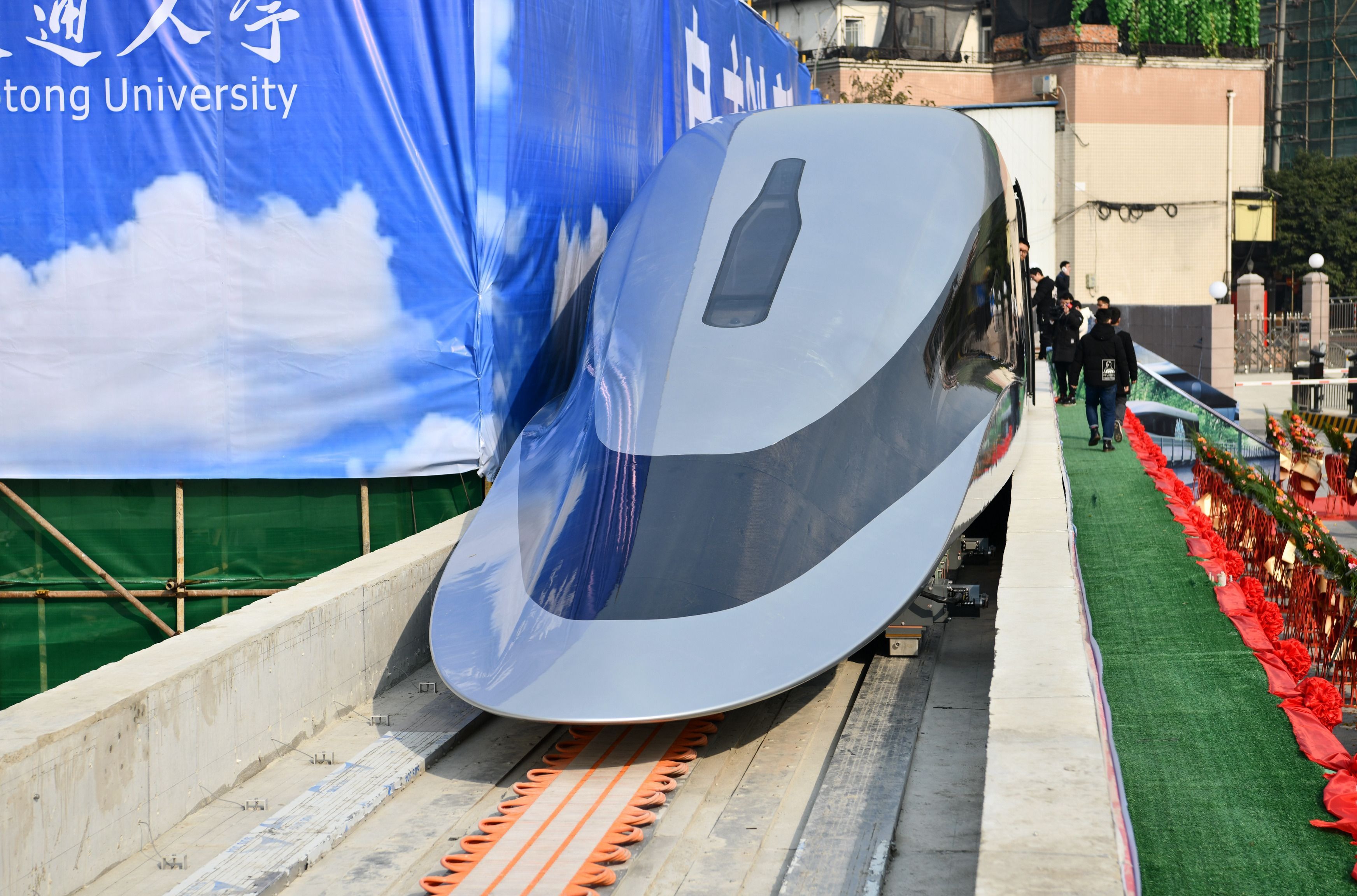 The train has been designed in an aerodynamic shapeCredit: Rex Features

However, the Chinese researchers are said to think their design is more efficient.

The new maglev train in China relies on superconductor technology which could make it faster and lighter than its rivals. 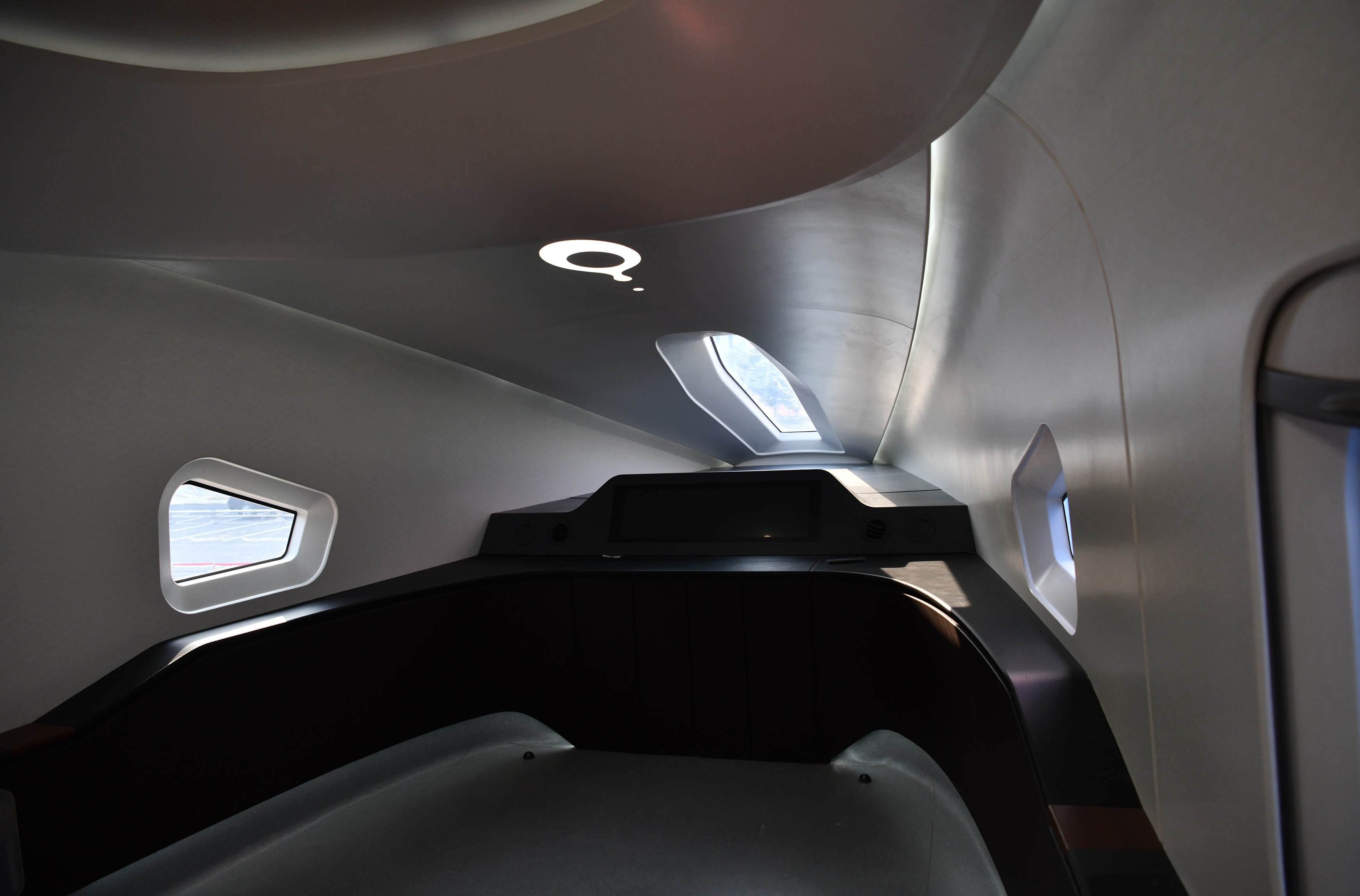 There are no drivers on maglev trains because the track pulls them alongCredit: Rex Features

It has no wheels, and no driver because its uses a special magnetic track to pull it along.

Lighter trains means the cost of building new lines, tunnels and bridges should also be reduced. 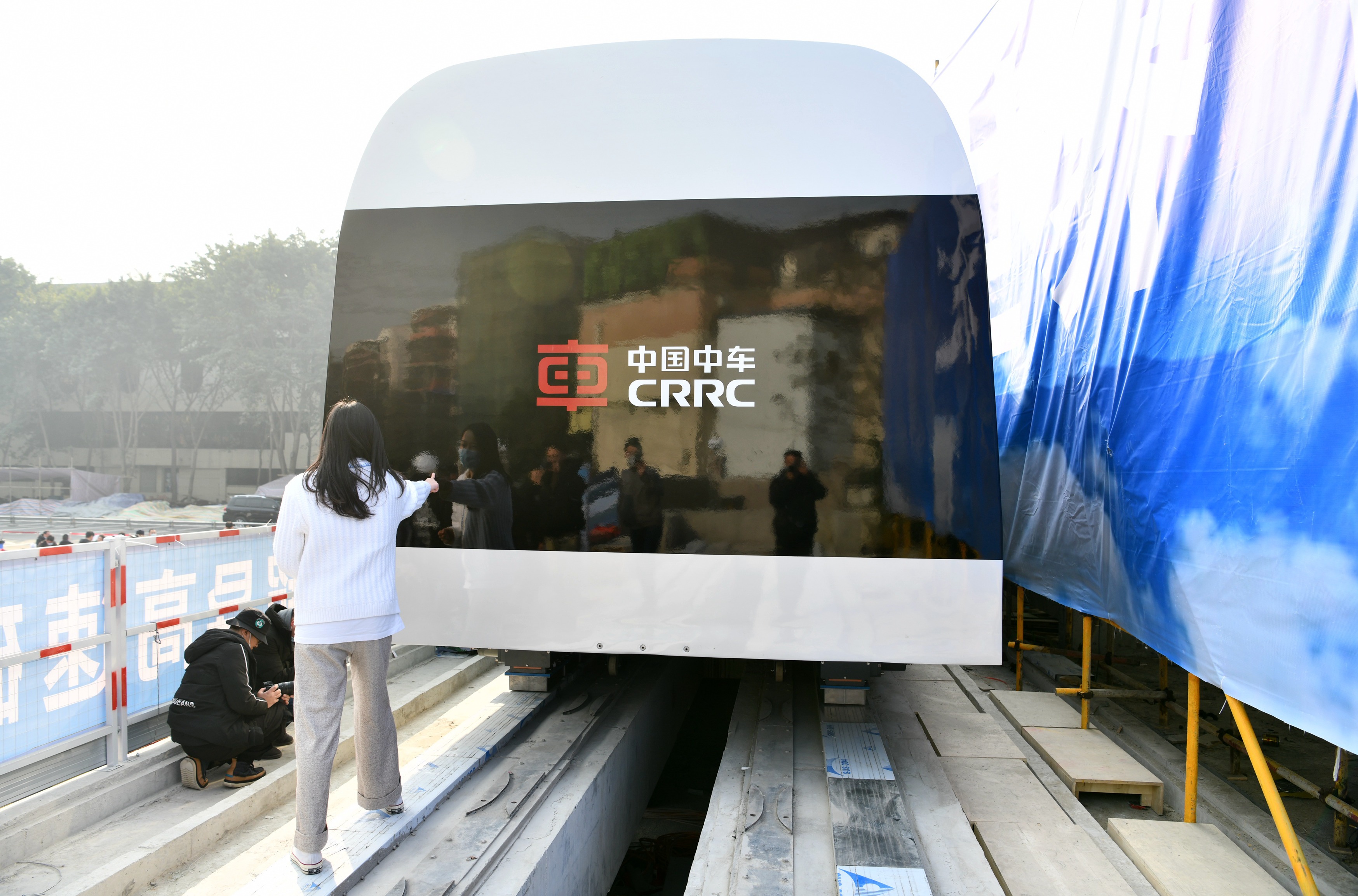 This prototype could be the future of train travelCredit: Rex Features 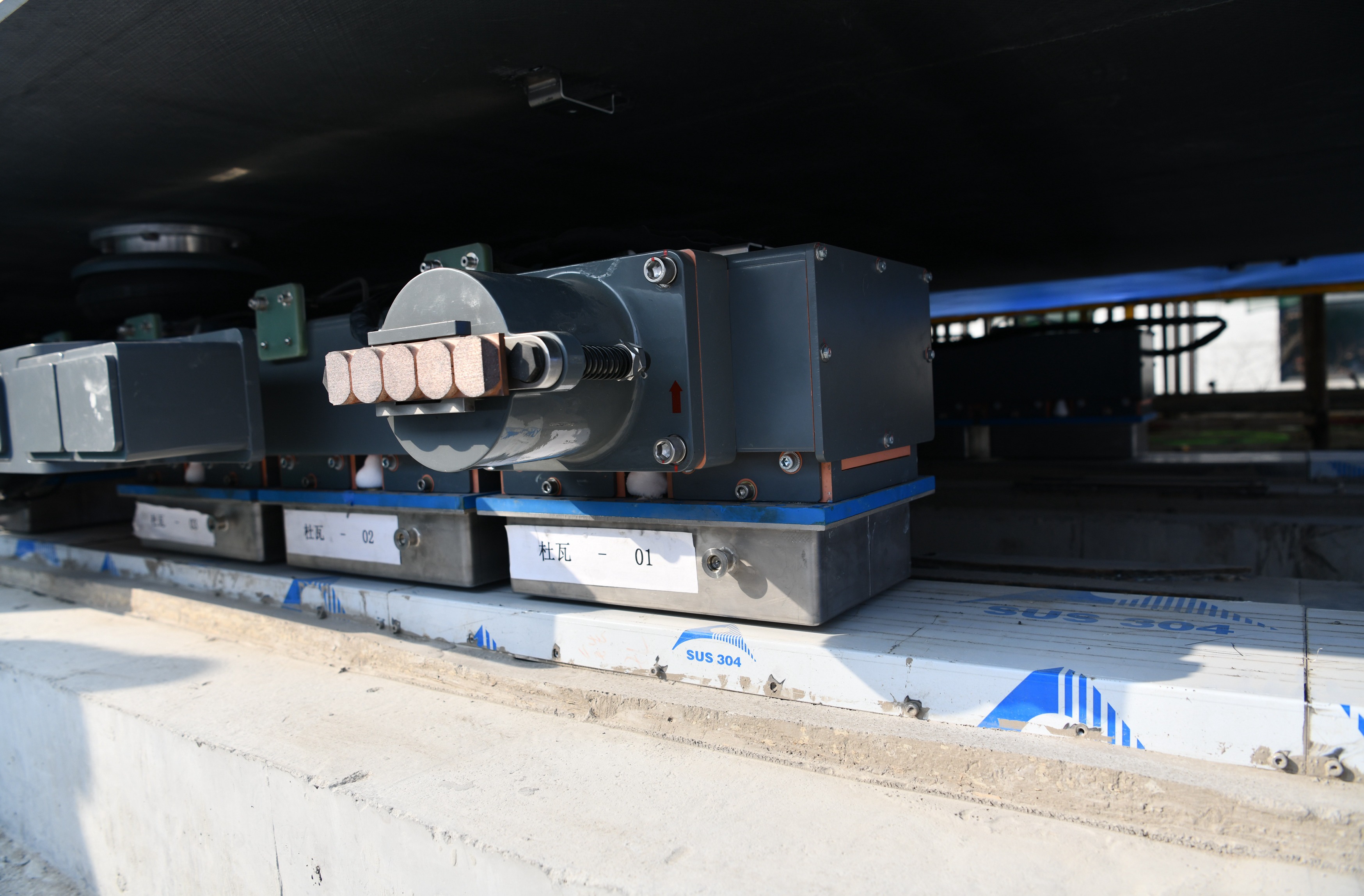 Maglev trains run on a magnetic track system with no wheelsCredit: Rex Features

Maglev trains can move so fast they lift itself up in a levitating style to travel faster.

This all sounds very impressive but the prototype train is yet to complete a full trip.

A lot of fine tuning will need to be done before we see it in action properly.

Maglev trains get their name because they use magnets to levitate the train slightly off the track.

This means there’s no wheels and it can travel faster due to less friction.

Journeys are also smoother than on standard trains.

They don’t need drivers because the track can tell them where to go.

Researchers are working on tube designs for the trains so that air resistance doesn’t stop them reaching their full potential.

In other news, SpaceX appears to be launching its controversial “space WiFi” in the UK after trialling the service in the United States last year.

Samsung has created a ‘cockpit of the future’ for semi-driverless cars – and it looks seriously cool.

And, Tesla’s now have a full driverless mode.

What do you think of the maglev train? Let us know in the comments…