WITH two suns in its sky, Luke Skywalker’s home planet Tatooine in “Star Wars” looks truly alien to us solo-sun worshippers on Earth.

However, it turns out our Milky Way galaxy can do one better: A planet orbiting a star in a TRIPLE-sun system has been discovered by Nasa. 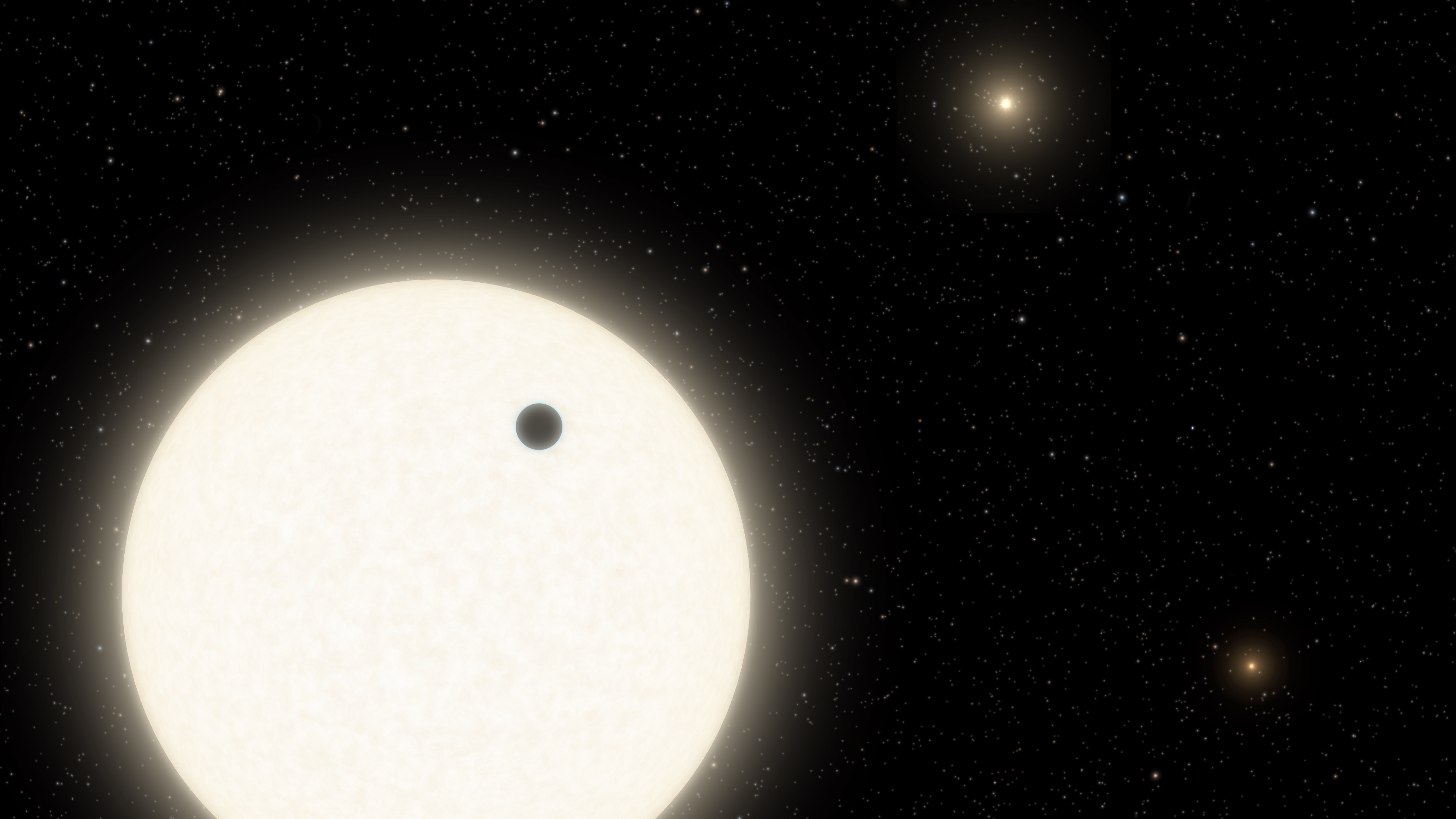 Scientists say the alien world, which is roughly 1,800 light-years away, is a gas giant roughly half the size of Saturn, or seven times bigger than Earth.

It’s been named KOI-5Ab after the unusual triple star system it forms a part of, KOI-5.

The planet was found more than a decade ago in the early days of Nasa’s planet-hunting Kepler mission but fell by the wayside.

“KOI-5Ab got abandoned because it was complicated, and we had thousands of [planet] candidates,” said Nasa astronomer Dr David Ciardi. 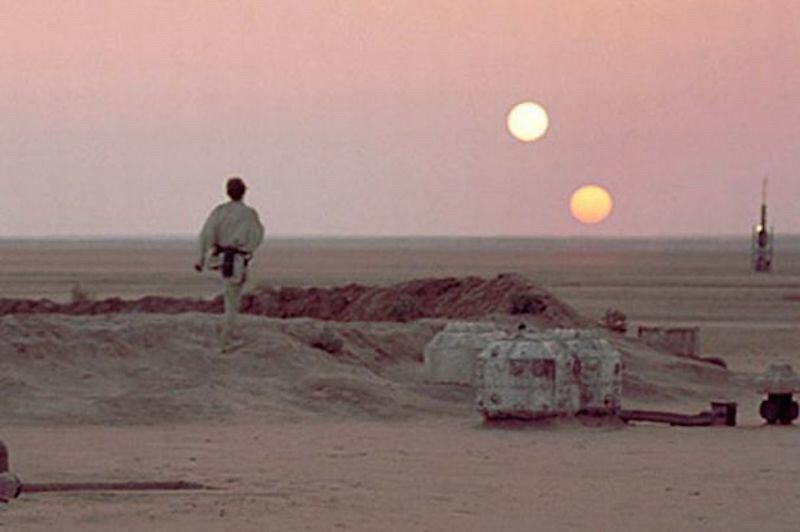 Planets that orbit multiple stars are sometimes referred to as ‘Tatooine’ planets after Luke Skywalker’s home world in the Star Wars universeCredit: LucasFilm

“There were easier pickings than KOI-5Ab, and we were learning something new from Kepler every day, so that KOI-5 was mostly forgotten.”

More recent observations have allowed scientists to confirm its existence, and get a better understanding of the mysterious world.

The gas giant laps its star every five days on a slightly wonky orbit that peaked the interest of scientists. 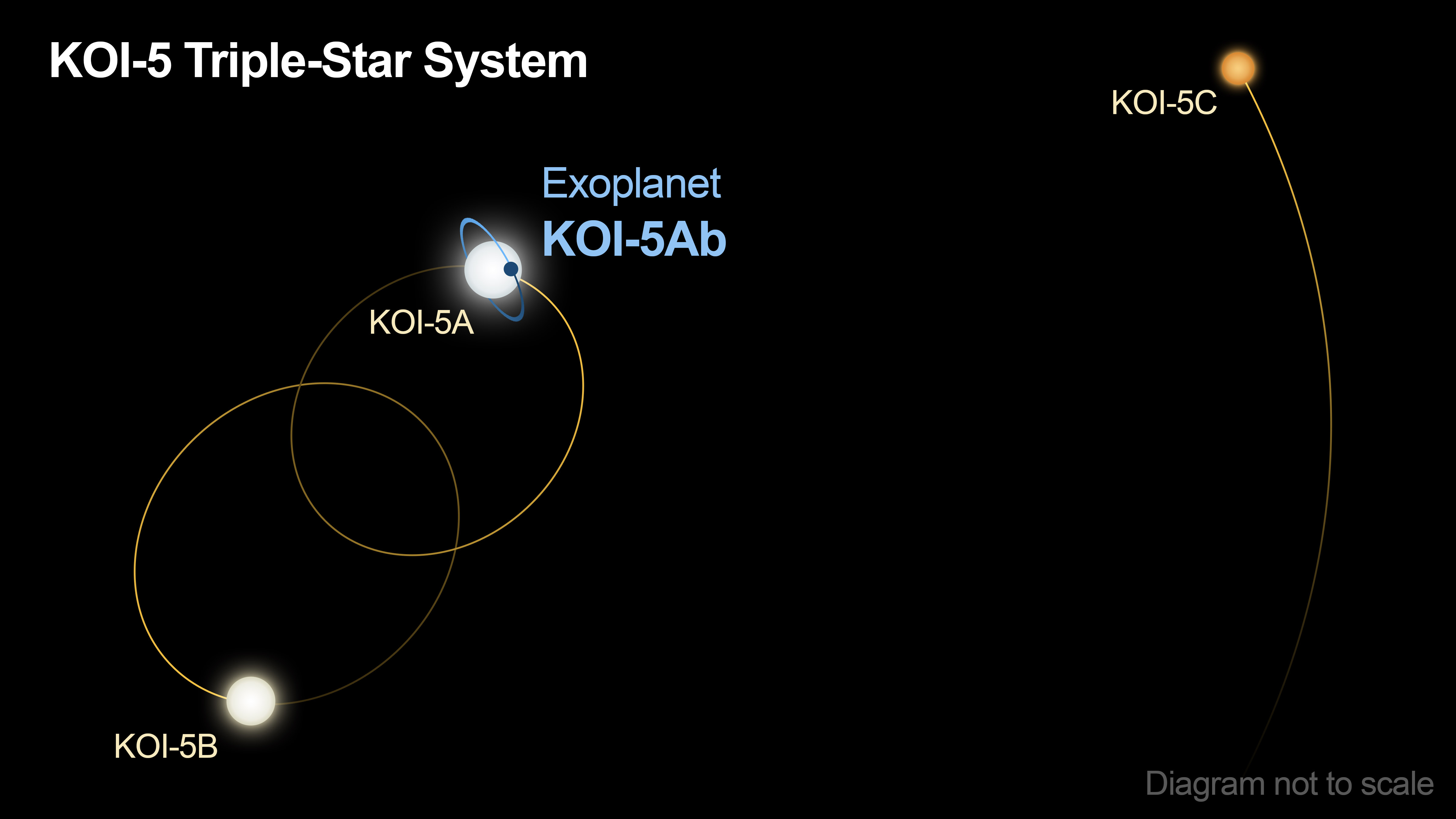 Diagram of the KOI-5 system, showing the newly examined planet (KOI-5Ab), its host star (KOI-5A) and the system’s two other suns (KOI-5B and C)Credit: Nasa

“We don’t know of many planets that exist in triple-star systems, and this one is extra special because its orbit is skewed,” Dr Ciardi said.

KOI-5Ab is an exoplanet – a world that orbits a star outside of the Solar System.

Exoplanets within multi-star systems, which are sometimes referred to as ‘Tatooine’ planets, are unusual, but not unheard of.

It’s thought that of the more than 4,300 exoplanets confirmed to date, fewer than 10 per cent belong to multi-star systems.

What is an exoplanet?

In locating and studying exoplanets – particularly curious ones like KOI-5Ab – Nasa hopes to shed more light on how alien worlds come to be.

“We still have a lot of questions about how and when planets can form in multiple-star systems and how their properties compare to planets in single-star systems,” Dr Ciardi said.

“By studying this system in greater detail, perhaps we can gain insight into how the Universe makes planets.”

The discovery was announced this week at the 237th meeting of the American Astronomical Society.

Aliens may have once lived miles beneath the surface of Mars, research suggests

In other news, a mind-blowing “Super Earth discovered by scientists this week is one of galaxy’s oldest planets.

There was once a NINTH planet in our Solar System – but it got flung out into deep space.

And, a moon of Saturn may have the ideal conditions to support alien life.

What do you make of the newly found planet? Let us know in the comments!