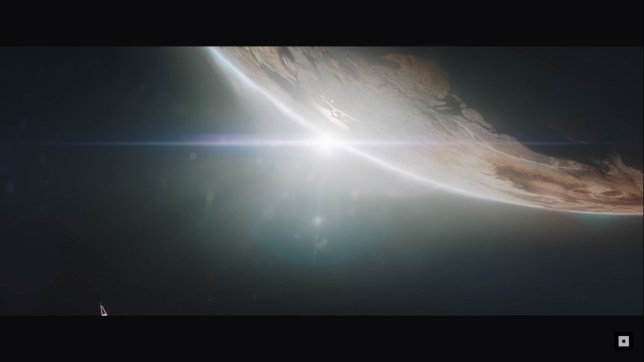 Can we at least get some new images so we can stop using this one? (pic: Bethesda)

With Microsoft reportedly holding a Bethesda-centric event next month, a new rumour suggests that Starfield could be out this year.

Despite being announced back in 2018, there is still very little information on Bethesda’s Starfield. Aside from it being a single-player game set in space and featuring procedurally generated worlds, there is almost zero information about it.

The sheer lack of details makes it easy to assume that the game is still years away from release, but the latest rumours suggest that it could very well come out by the end of this year.

According to industry insider NateDrake, Bethesda has been aiming for a 2021 release as of a few months ago. But while that’s the goal, NateDrake also notes that the current pandemic could have affected development.

In case it wasn’t obvious, the coronavirus pandemic has had a severe effect on game development as a whole, with studios adopting work-from-home policies. What impact this may have had on Starfield’s development is a complete mystery, but it could mean the game ends up being pushed back into 2022.

NateDrake brings this up in relation to another insider report about a potential Bethesda event/presentation from Microsoft.

GamesBeat journalist Jeff Grubb (who has accurately shared insider info before, like the Mass Effect Trilogy remaster) was asked on his podcast if Microsoft would hold such an event once its Bethesda buyout had been finalised, since it still needs to be regulated and approved by the European Union.

Grubb gave a very blunt ‘Yes,’ saying that it’s expected to happen sometime next month, ‘I don’t know if it will be a full, [Nintendo] Direct-style event, but they will make note of it and they will talk about it extensively and explain what it means to everybody and talk about the immediate future for both companies becoming one.’

If this is the case, some new information on Starfield is likely to be revealed then; if not a release date, then what platforms it will release on. Since Bethesda never explicitly stated which platforms it was coming to when it was announced, it might be safe to assume that it will an Xbox exclusive (as well as PC). The question is whether it will release on both the Xbox Series X/S and Xbox One or just the former.

The Elder Scrolls 6 is in a similar position, with next to no official information about it available. There have been queries about whether it will be an Xbox exclusive following the buyout, but executive producer Todd Howard has suggested in the past that it will come to other consoles.