Wingspan is a digital version of the board game where one to five players work to collect the best birds for their preserves. Each bird has its own unique skill such as hunting or fishing. It’s up to you to figure out where each bird should go and how you can make the most out of your preserves based on the cards you’re dealt. 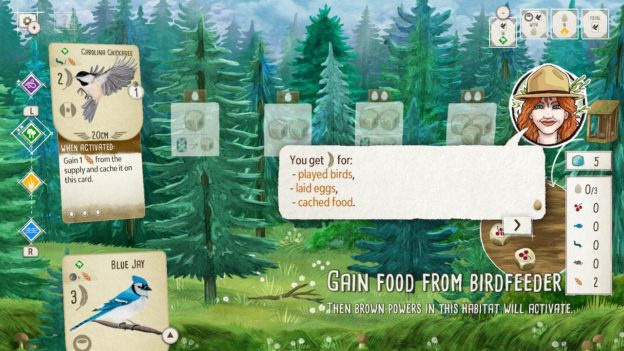 I was excited when this game was announced. The board game was something I had wanted to try, but I never got around to it. While I’m not able to compare the digital version to the actual game, I will say that Wingspan on the Nintendo Switch is a nice game.

Even though I haven’t played the board game, I bet that version doesn’t have tranquil nature sounds with 170 realistic bird calls. Easily, the best things about this game are the calm music, tranquil sounds, and pencil art. It’s beautiful. 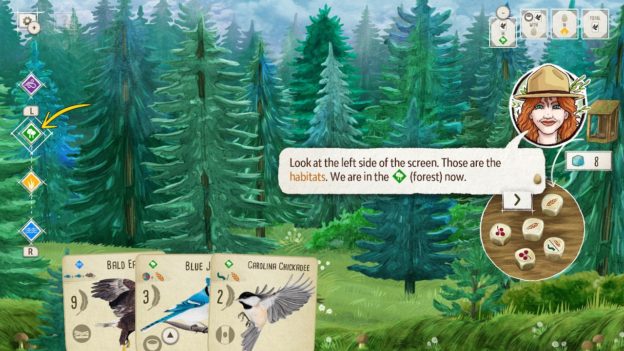 I will warn, however, that Wingspan has a major learning curve. If you’ve never played it before then be prepared to comb over the rules and gameplay more than once. I spent an hour on the tutorial alone, and I still didn’t fully understand the game. This isn’t to say the game is complex, there’s just a lot to learn in the beginning. If you’ve never played the board game before, you’ll have to go through the tutorial to get any sense of what’s going on and what you’re supposed to be doing.

With a limited number of turns, you need to build your bird preserve. The game is played in four rounds, and each round will have one less action. For example, you have eight turns in the first round, seven turns in the second round, six turns in the third, and five turns in the fourth. This makes it so each action needs to be well thought out because you earn points for everything you do. The player with the most points wins the game. 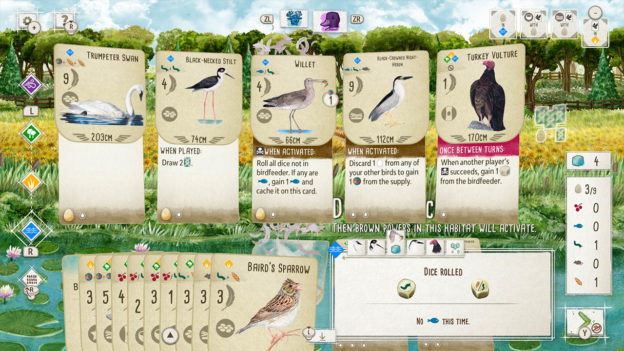 During your turn, you can draw more birds, lay eggs, get food, or play birds.

The supply is a set of five dice that you roll once every few turns. You can pick up one or two dice at a time, adding food to your supply, such as berries, fish, or worms. Getting food for your birds allows them to activate their skills. 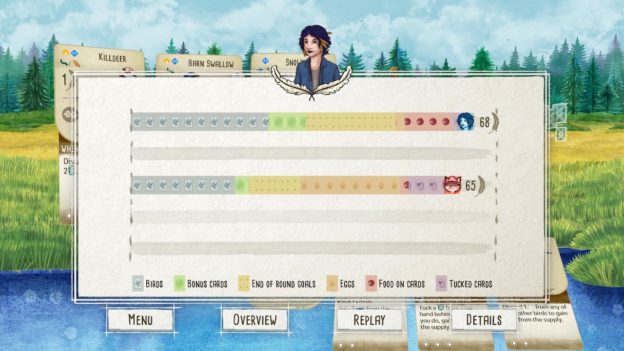 If you want to play a bird, you’ll first need to lay an egg. Everything you do in this game snowballs. Every decision will open up a lot more doors for your next turn.

Every game you play will be different, regardless of whether you play alone or with friends. With the number of birds and endless decisions to make, you can have thousands of plays.

If you’re looking for something calm and easy-going, Wingspan is a great choice.