MESUT OZIL has officially been unveiled as a Fenerbahce player after ending his Arsenal nightmare.

The playmaker, 32, finally quit the Gunners after nearly eight years in North London to sign for his boyhood club. 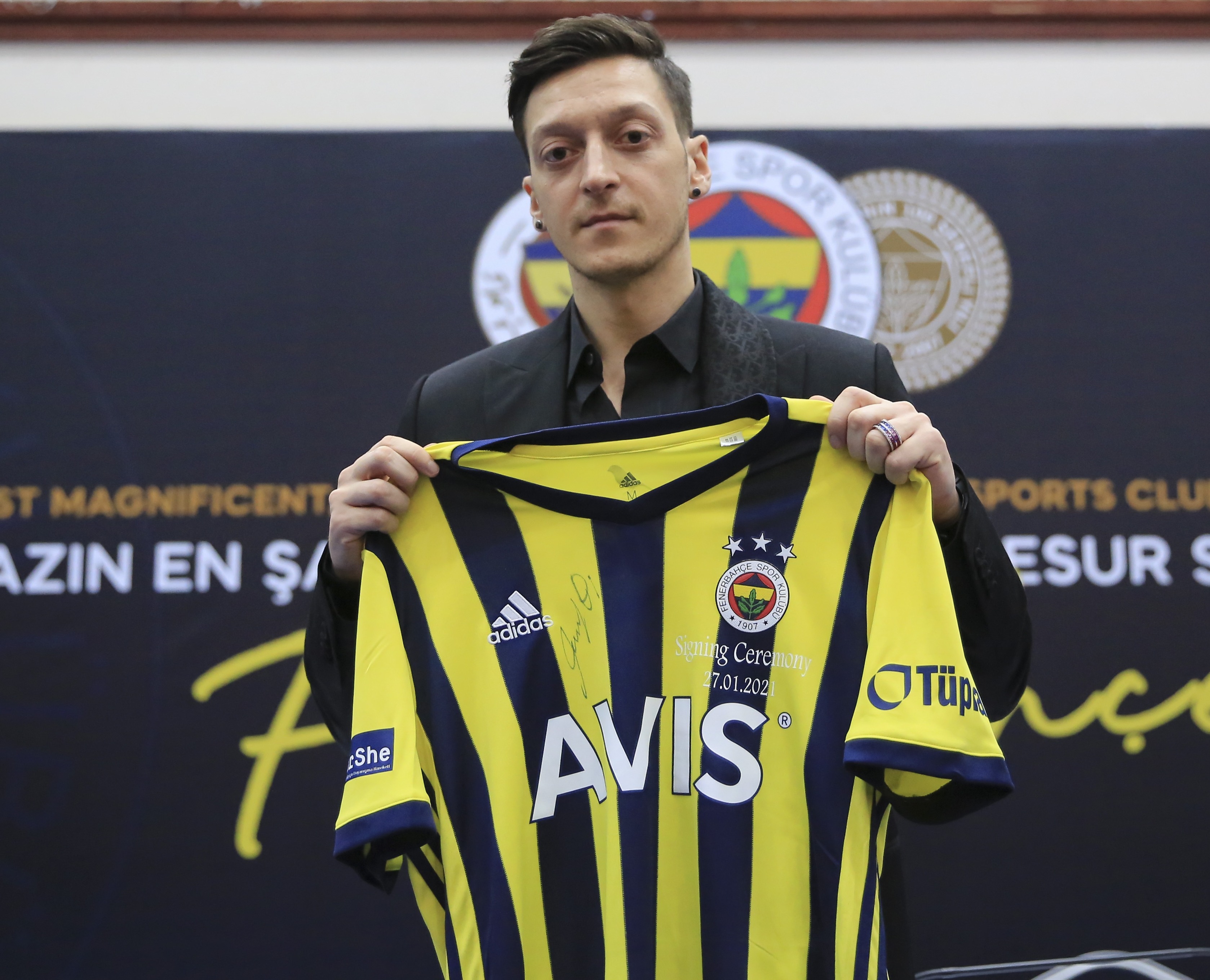 Mesut Ozil has officially been unveiled as a Fenerbahce playerCredit: Getty Images – Getty 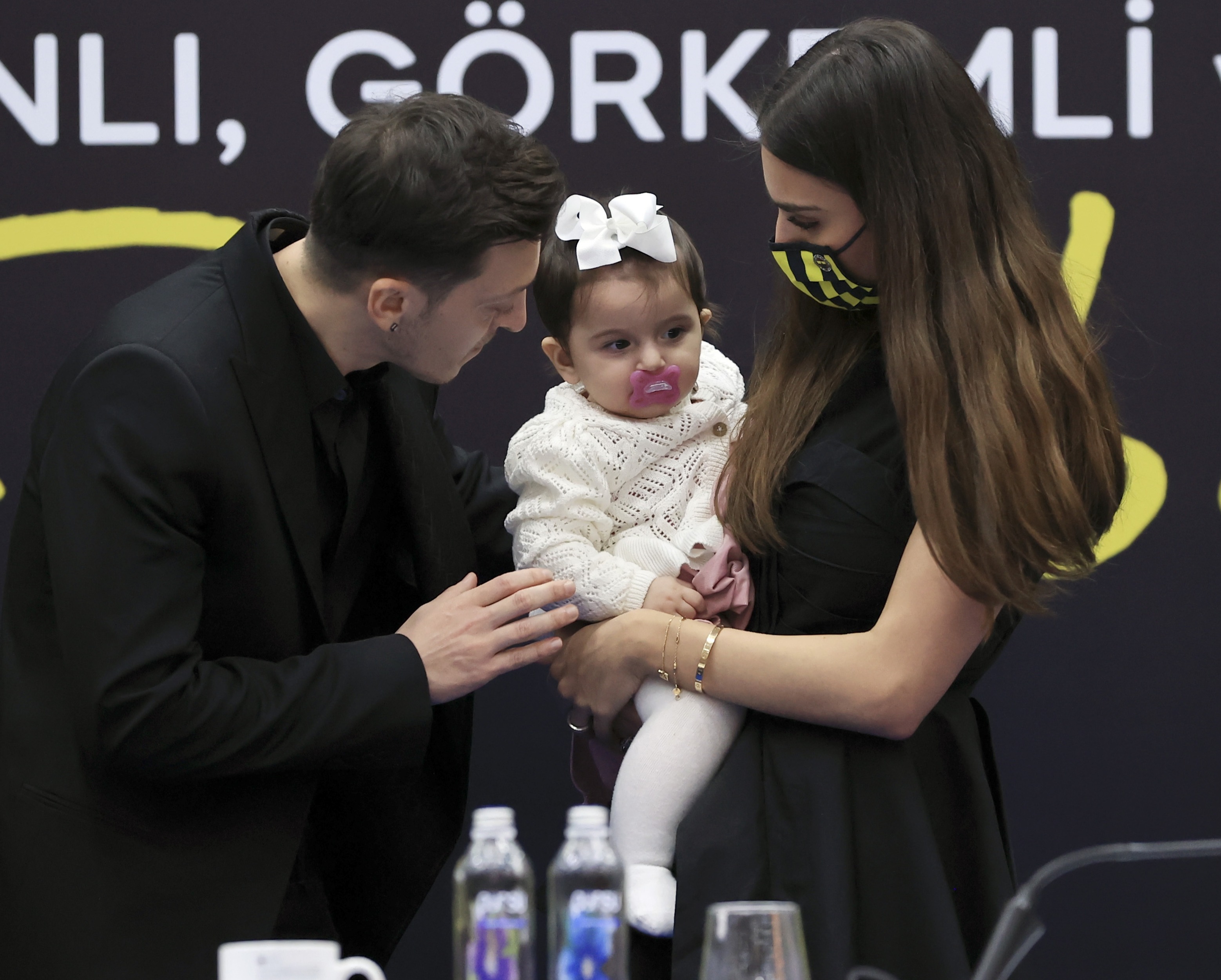 And now, Ozil has held his first press conference as a Fenerbahce star – revealing it’s a ‘dream’ for both himself and the club.

He also confirmed he won’t play for Germany again after his retirement from international duty.

“I believe that I will win the championship with Fenerbahce.

“I hope we will be champions and do important things in the Champions League.”

Fenerbahce president Ali Koc suggested Ozil had taken a pay-cut on his £350,000 a week wages at Arsenal to complete the move to his boyhood club.

Koc said: “Mesut mentioned his dreams to play for his childhood club and for this he said he wouldn’t make the financial aspect an issue.

“It was then that our journey to sign him truly started.”

Ozil continued by saying he knows there will be pressure on him playing for such a big club, but is keen to get started. 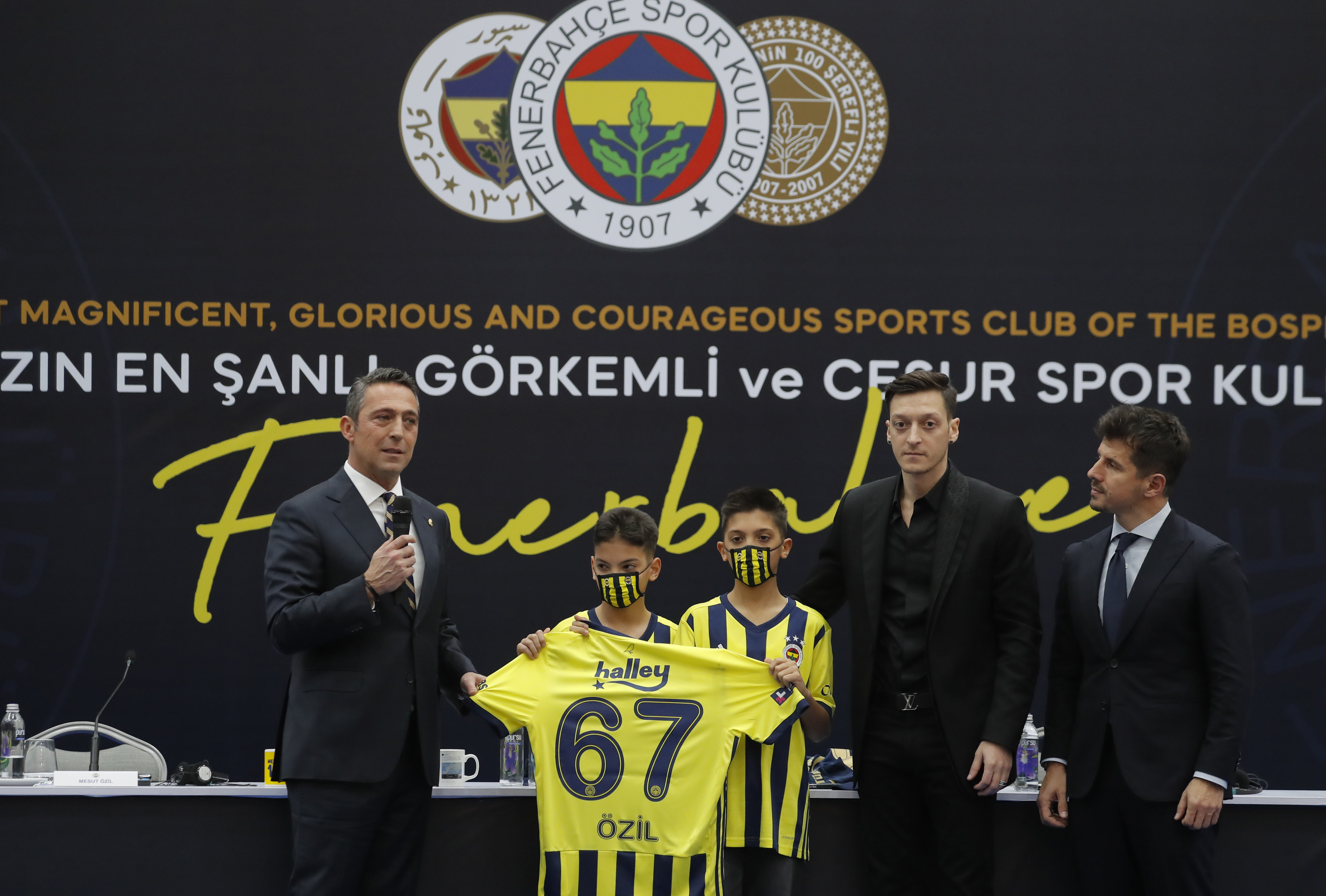 Ozil has made his move to Fenerbahce official, ending his Arsenal nightmareCredit: AP:Associated Press 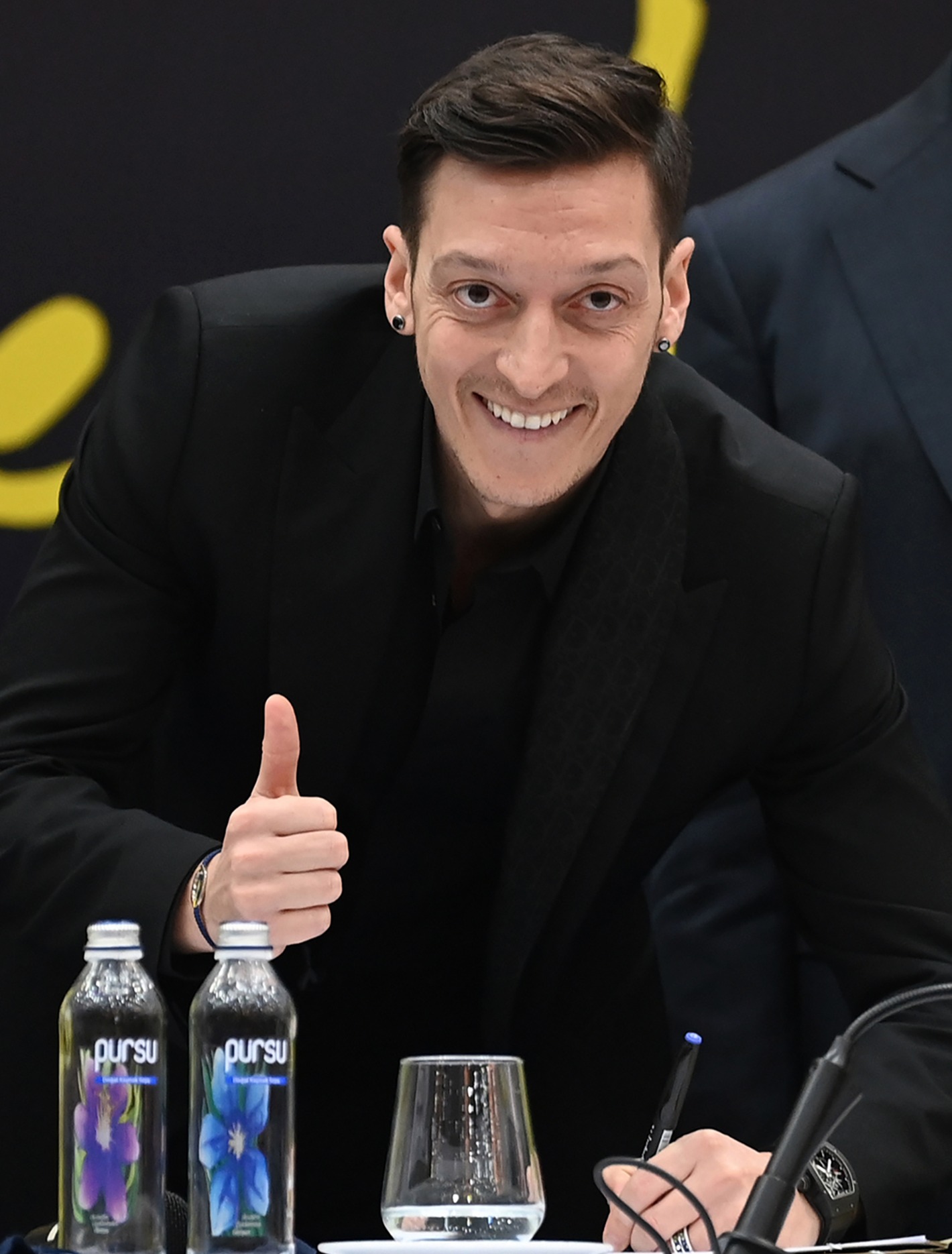 Ozil grinned from ear to ear after officially signing for boyhood club FenerbahceCredit: AFP or licensors

However, the midfielder hasn’t played since March 2020 after being frozen out by Mikel Arteta and refused to give a timeframe for his debut given his lack of match practice.

Ozil continued: “There is always pressure on a football player.

“I always played in big clubs, and there was always pressure.

“Fenerbahce is also a big club and I know there will be pressure here.

“This is a club I love very much. I will do my best. I hope everything will be fine.

“I can’t give a date about when to play but I want to play as soon as possible.”

Ozil posed with the No67 shirt at his unveiling.

It’s believed the unusual number is a sweet nod to his heritage, with 67 being the area code of Zonguldak, the province his family left to emigrate to Germany.

Ozil was born in Germany and opted to represent the nation of his birth – playing 92 times in all between 2009 and 2018. 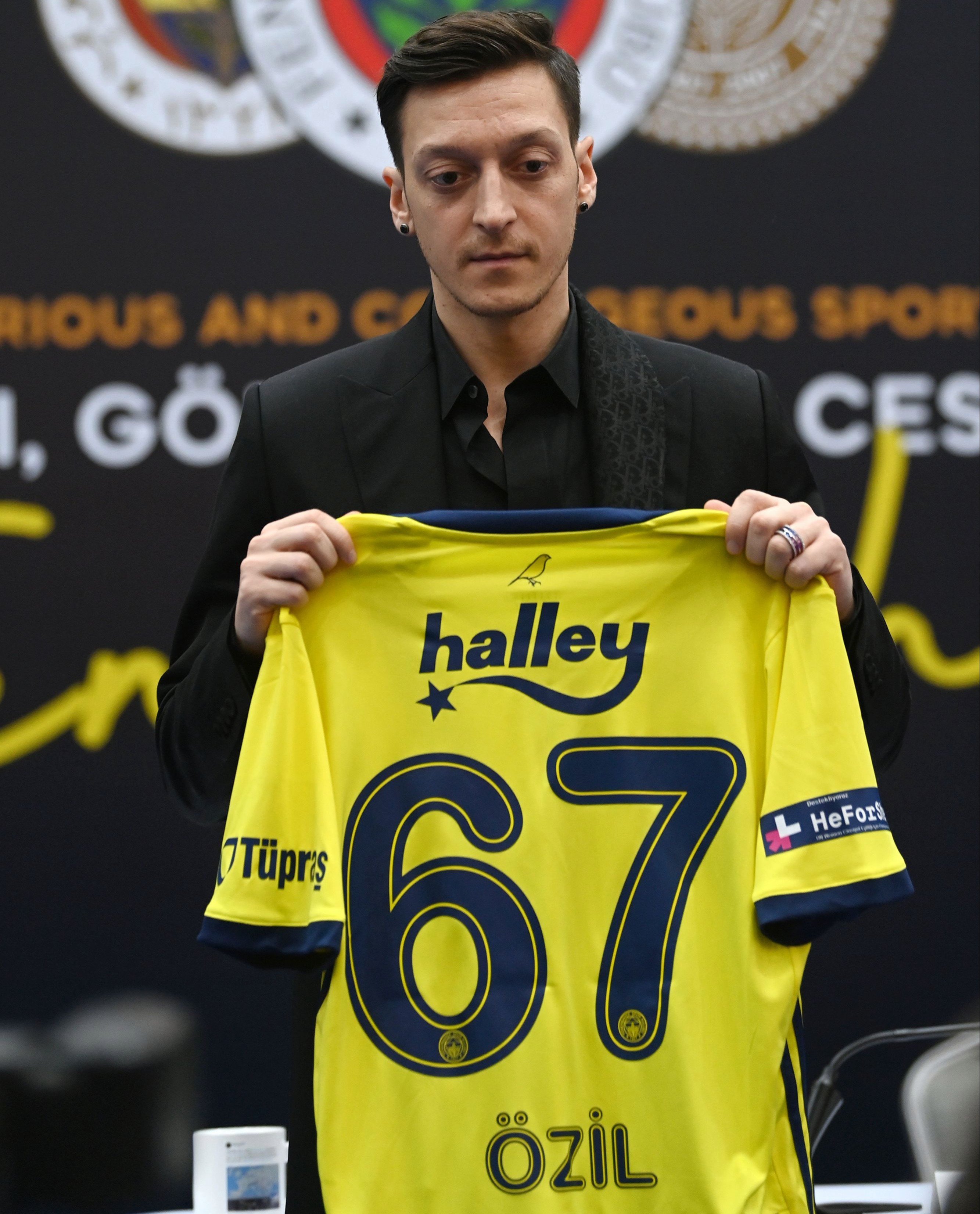 Ozil will wear the No67 shirt, a sweet nod to his Turkish rootsCredit: AFP or licensors

But he retired from Germany duty after his country’s group stage exit at the 2018 World Cup while defending their 2014 crown.

The midfielder cited racism as his reason for quitting, believing he was made a scapegoat for his nation’s flop in Russia.

Ozil had posed for photos with Turkish president Recep Tayyip Erdogan in the run-up to the tournament, with some fans accusing him of lacking loyalty to Germany.

And when asked if he’d ever consider playing for Germany again, Ozil admitted he wouldn’t – and was given a rousing round of applause by the crowd.

“I wish the German national team success, but I will never play for them again.”

The former Schalke star also ruled out a return to club football in the nation.

When quizzed if he’d given much thought to a Bundesliga comeback, Ozil snapped: “No, I haven’t.”

Ozil has already enjoyed his first training session at his new club, seen beaming throughout.

Fenerbahce’s next game will be against Rizespor on Saturday, with Ozil unlikely to take part so soon after joining.

Ozil trains with Fenerbahce for the first time