City midfielder Rodri came from 15 yards behind Villa defender Tyrone Mings to steal the ball and instigate the move that was brilliantly finished by Bernardo Silva. 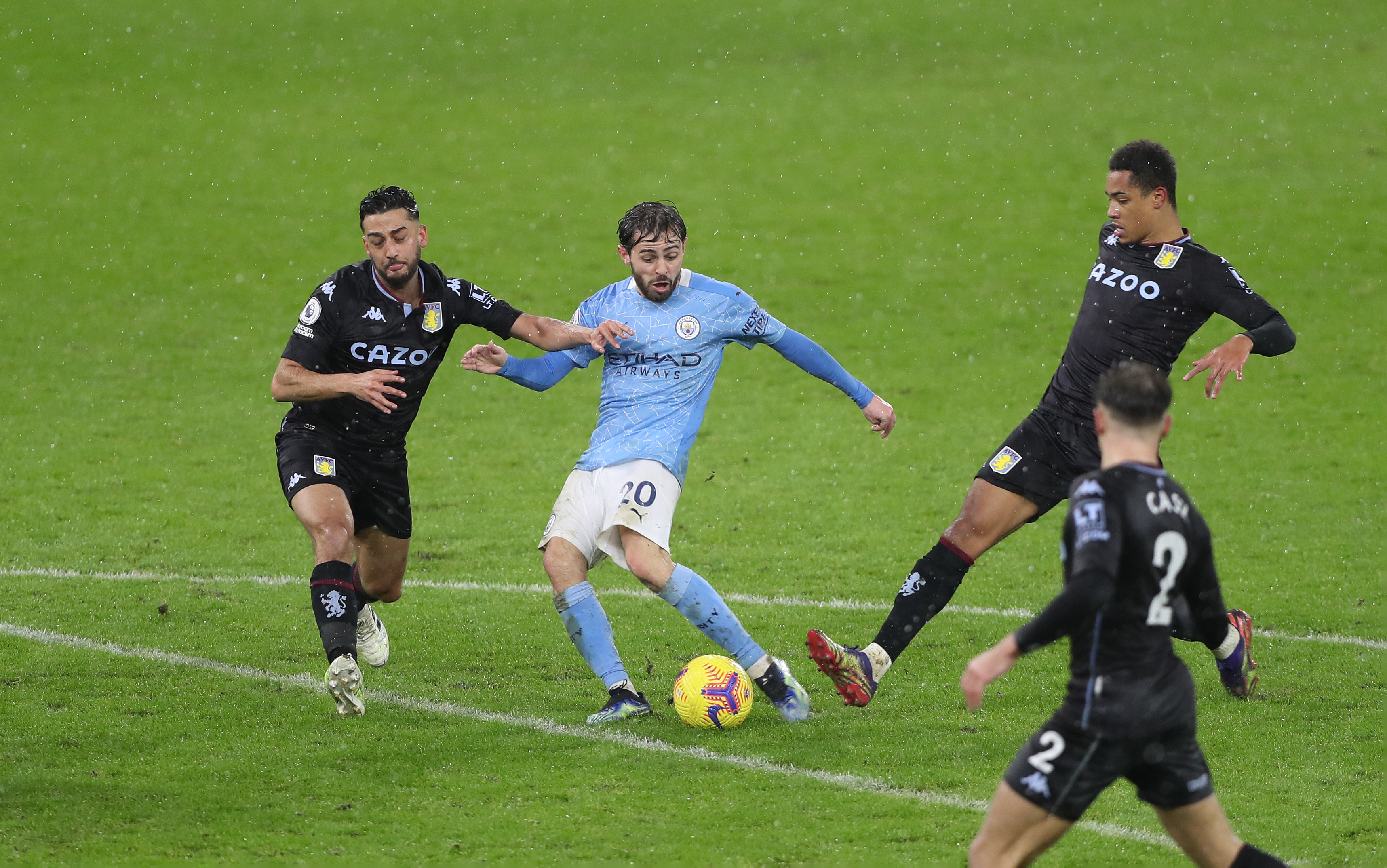 Furious Villa boss Dean Smith was handed a red card for his repeated protests at the decision, although VAR beaks at Stockley Park backed the on-field officials.

But PGMOL boss Mike Riley went to football’s law-making body Ifab last week to urge a clarification of precisely how the law should be interpreted.

And while officials in Zurich agreed the City goal was CORRECTLY allowed according to the Laws, they agreed that it was a situation that should not be exploited in future.

From now on, a similar situation, when an attacker retreats from an offside position to win the ball before the defending player has the chance to pass or clear, he WILL be flagged offside.

However, if a defender miskicks in a deliberate attempt to pass or clear the ball, the flag will stay down as the attacker will be deemed to have been played onside by the defence.

Likewise, if the defender carries the ball a few paces and is then tackled by a retreating attacker, it will not be deemed offside.

The new interpretations were confirmed to all Prem and EFL clubs today, ahead of the start of the midweek fixture list.

Villa boss Smith, who received a one game touchline ban and £8,000 fine for his ruck with ref Jon Moss, welcomed the belated change. 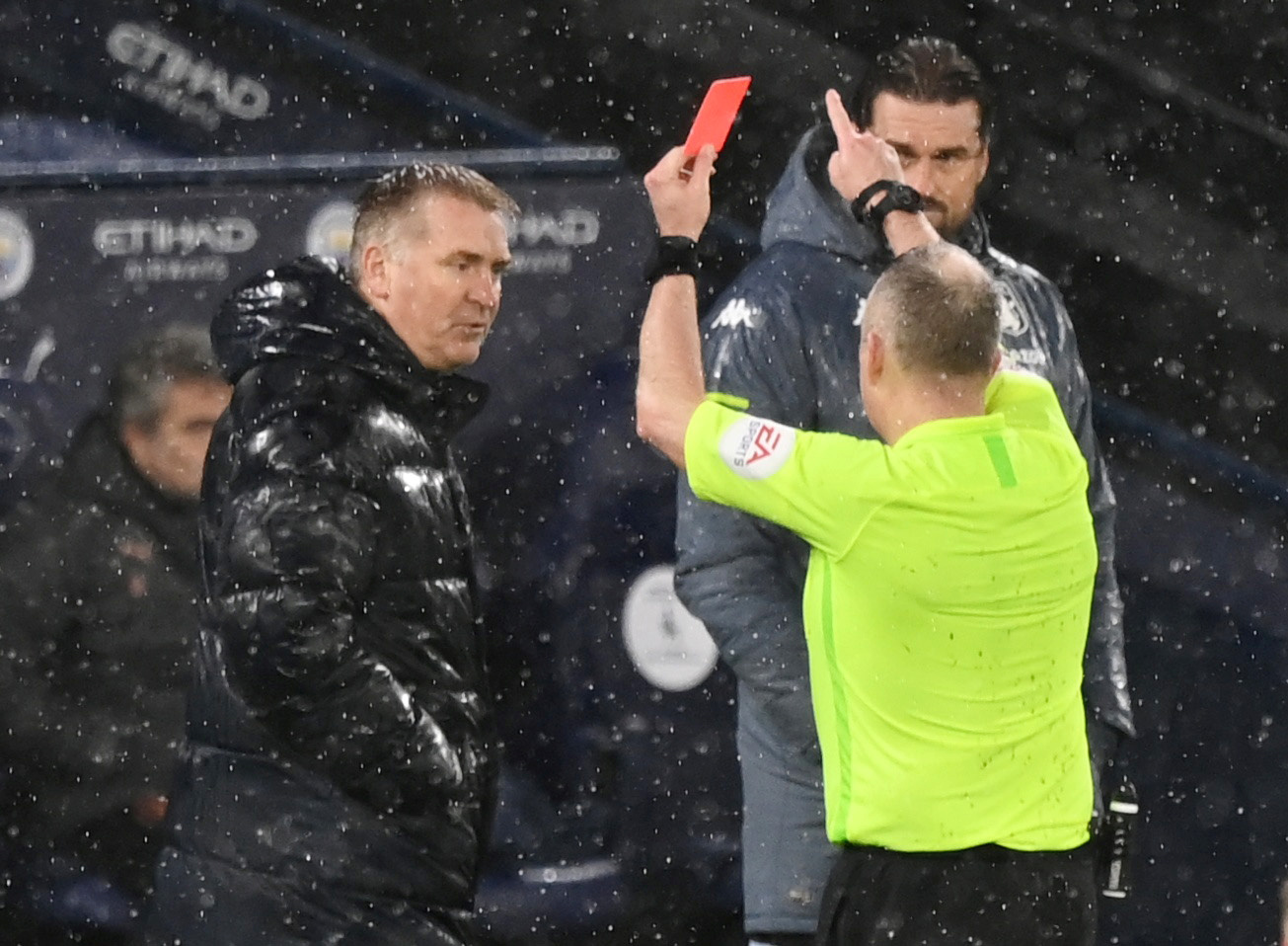 Dean Smith was fuming at the decision and ended up seeing redCredit: Reuters

“PGMOL discussed the incident with both Ifab and Uefa to consider how to act in the best interests of the game in future situations of this type, ensuring that the spirit and intention of the Law is best reflected in decision-making going forwards.

“Following these positive discussions, IFAB have provided clarification, emphasising what should be prioritised when interpreting similar situations in the future.

“The guidance for match officials in interpreting Law 11 will now include the following advice:

“Where a player in an offside position immediately impacts on an opponent who has deliberately played the ball, the match officials should prioritise challenging an opponent for the ball, and thus the offside offence of ‘interfering with an opponent by impacting on the opponent’s ability to play the ball’ should be penalised.

“Accordingly, if a similar situation to the one involving Rodri’s impact on Mings occurred in a future match, then the impact would be penalised for offside.

“However, it is important to remember that where a player in an offside position receives the ball from an opponent who deliberately plays the ball (e.g. a misplaced pass or miskick), including by deliberate handball, the player is not considered to have gained an advantage, unless it was a deliberate save by any opponent.”

And while Smith and his side were on the receiving end against City, the League pointed out: “Aston Villa’s first goal against Newcastle United on Saturday 23 January 2021 was correctly not penalised for offside as Ollie Watkins received the ball following a deliberate play by Fabian Schar and did not impact Schar’s ability to play the ball.”

Smith said: “I don’t think that law was ever designed to be interpreted as it was.

“You can’t be seen to seek an advantage from an offside position and come and challenge for the ball.

“It became such a talking point after the game. I will be pleased to see the interpretation of that law being changed and rightly so.”

Asked if he felt he might now get his £8,000 cheque back from the FA, Smith smiled: “I don’t think there is any chance of that.”