LIONEL MESSI is facing a FOUR-match ban for his red card shame in the Spanish Super Cup.

And Spanish media have demanded the Barcelona superstar apologise for his sending off. 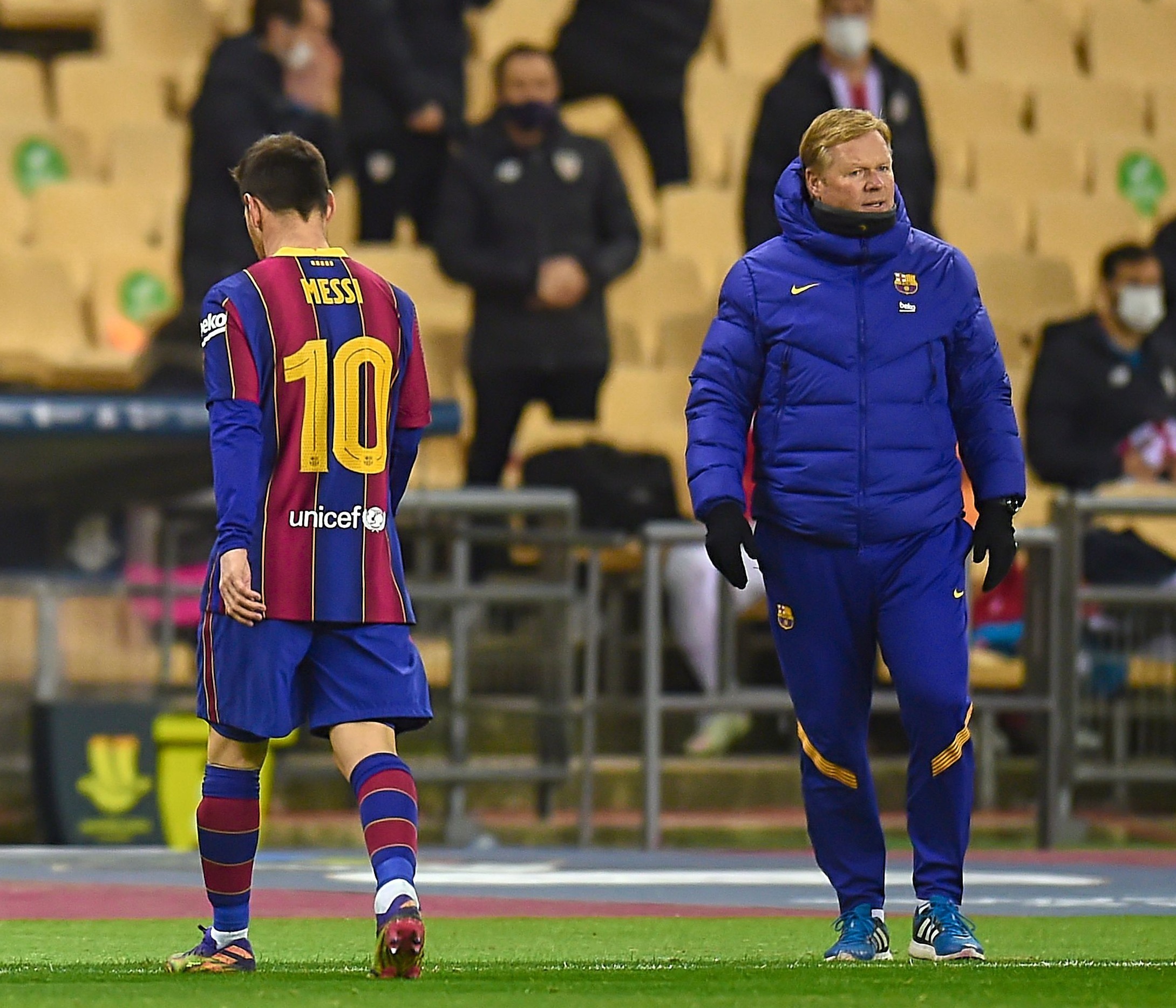 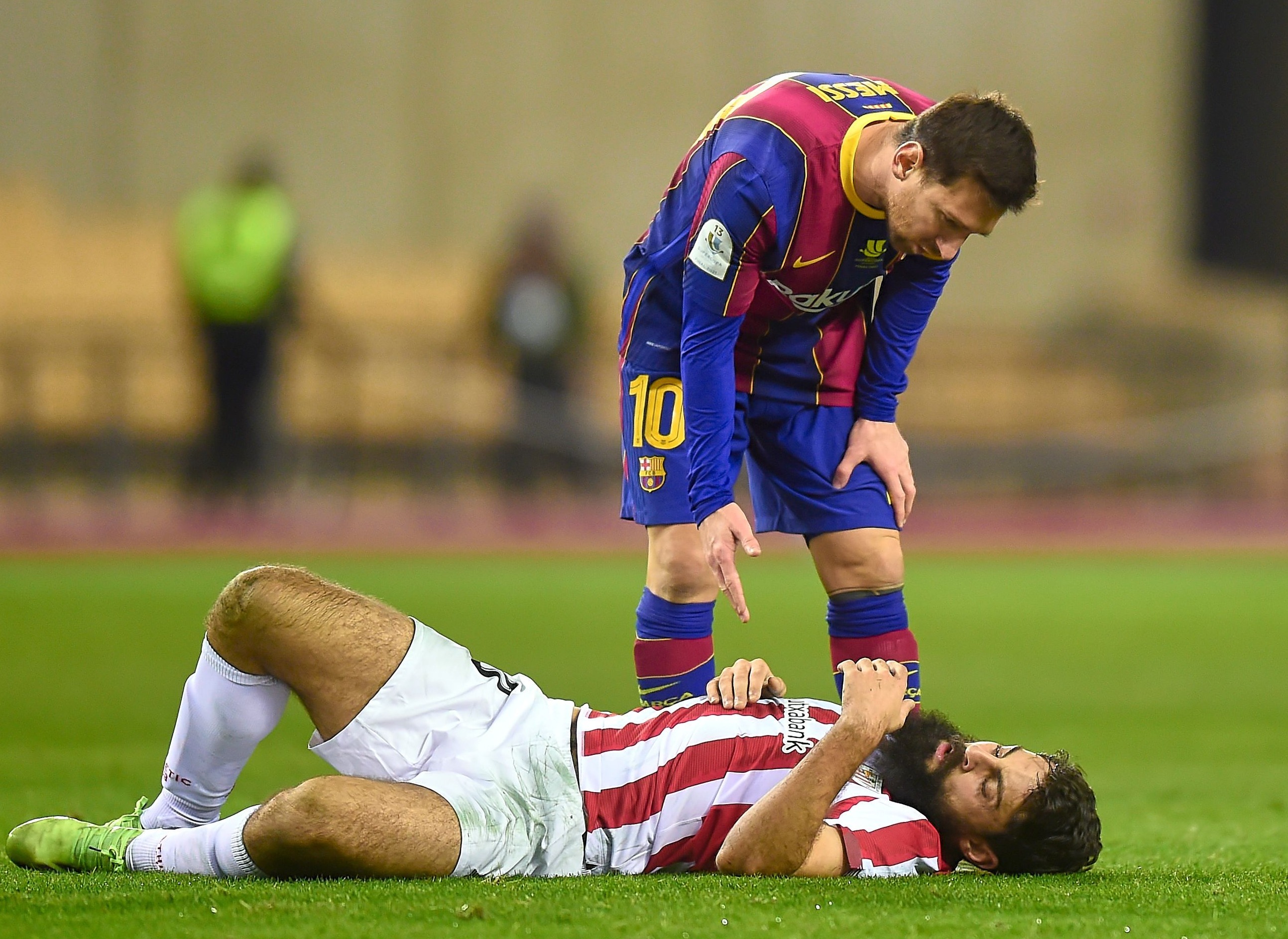 Messi was sent off after his tensions boiled over and he lashed out at Asier VillalibreCredit: Rex Features

The Argentine was given his marching orders after lashing out in the dying seconds of a dramatic Super Cup final against Athletic Bilbao.

With Barcelona desperately searching for an equaliser, Messi’s frustrations boiled over when Asier Villalibre attempted to block his run.

The referee watched the incident on the VAR monitor and showed no hesitation in brandishing a red card to cap a miserable night for Barca.

Koeman won the Super Cup three times as a player for the Catalan giants but was on the touchline to see his side throw away the trophy with just minutes to play.

And Messi could be banned for four Spanish games in a blow to Barcelona’s La Liga bid.

The Catalan giants are seven points behind leaders Atletico Madrid – who have two games in hand. 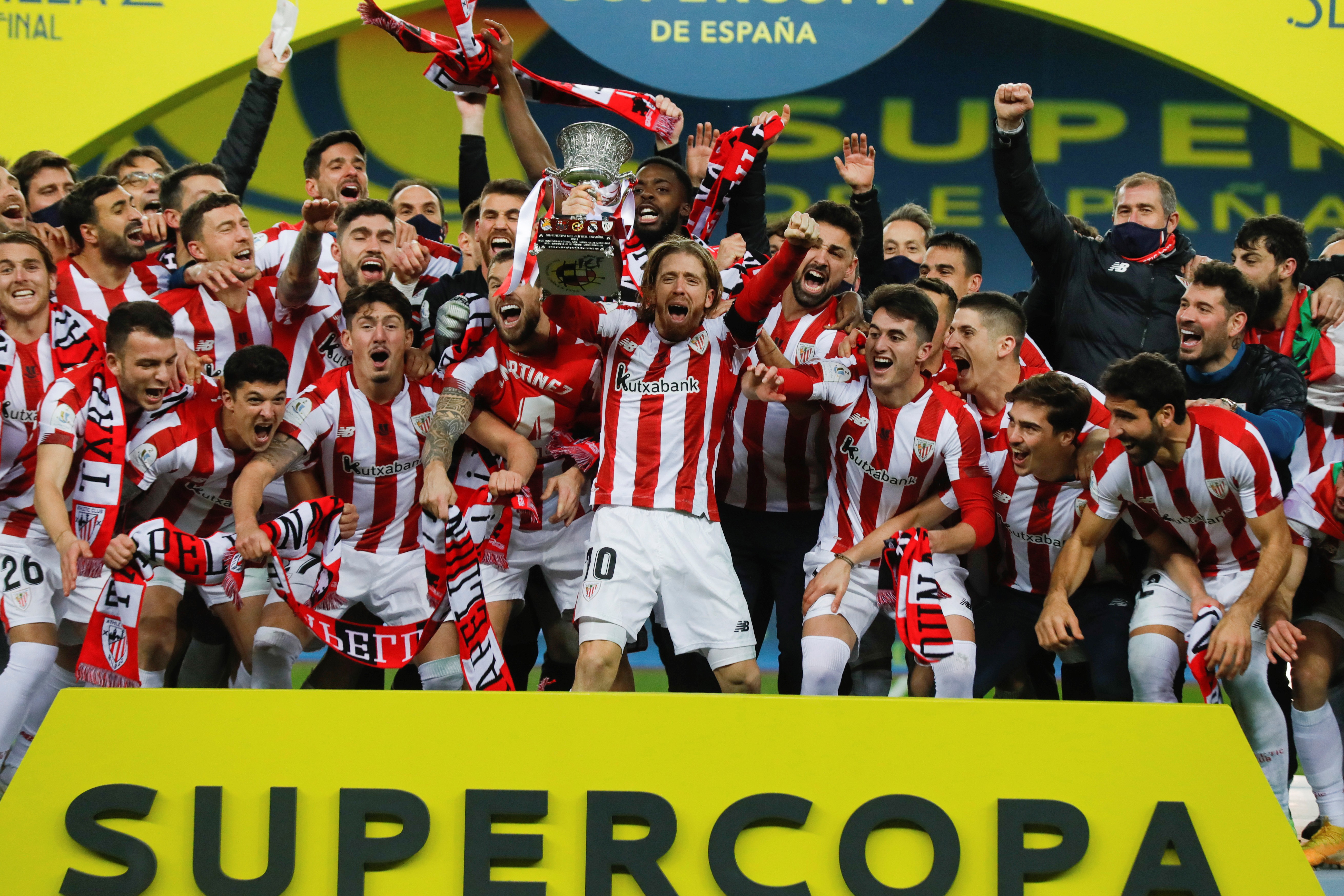 Marca report that Messi will miss this week’s Copa Del Rey tie against Cornella and the next round of the Spanish Cup as well as two La Liga games.

If Barca are knocked out by the minnows, then it will be three La Liga games that Messi misses.

Marca also published an article overnight with the headline “Messi, you should apologise”.

The respected Spanish outlet wrote: “This wasn’t what is expected of a captain and he should apologise.”

Messi was then sent off late in the extra period with Barcelona’s hopes fading away.