Granit Xhaka, Cedric and Bukayo Saka shine in win at Southampton but Bellerin has bad outing

ARSENAL got revenge on Southampton with a 2-1 win at St Mary’s on Tuesday night.

The Gunners were knocked out of the FA Cup by the Saints at the weekend. 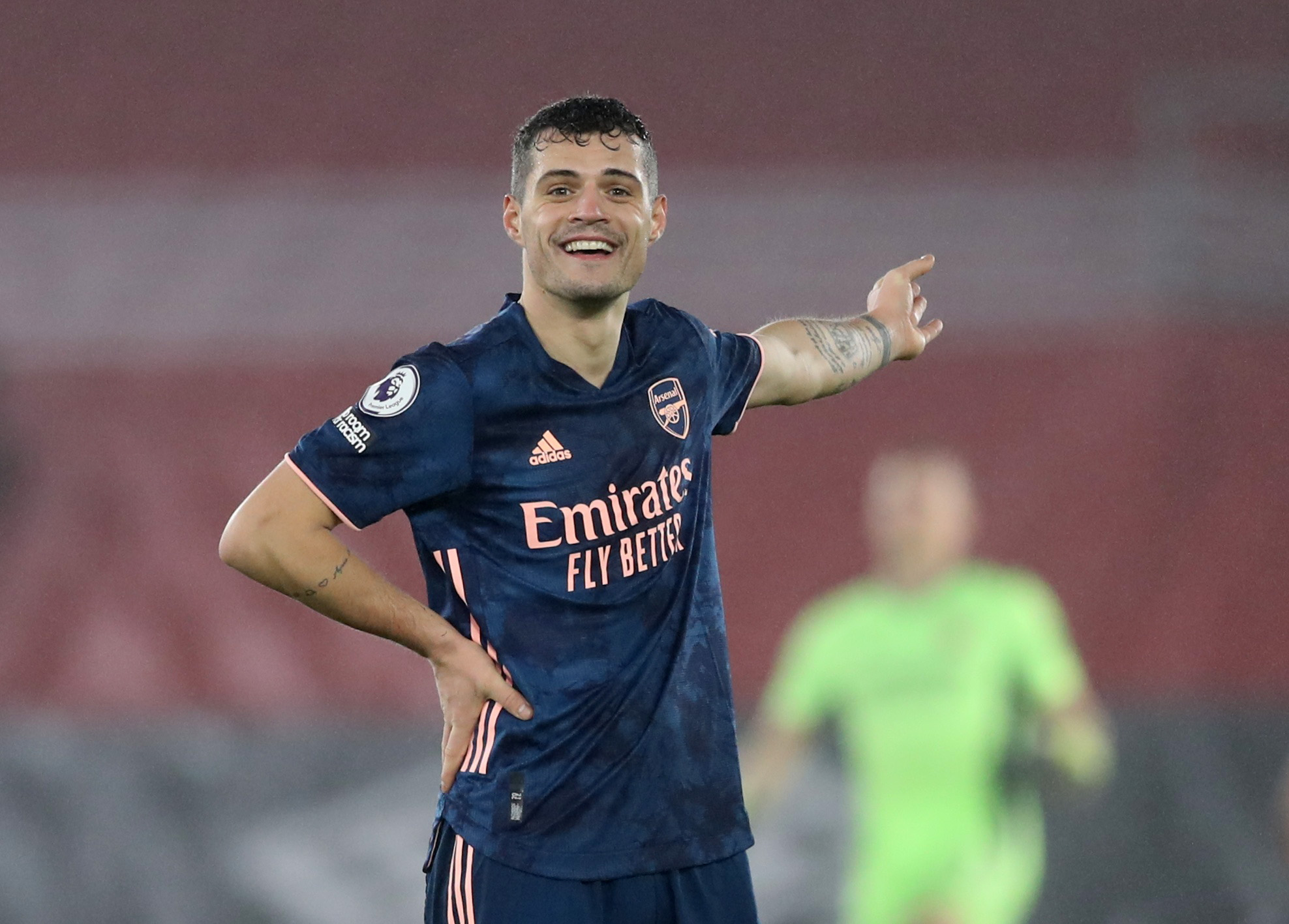 Granit Xhaka gave a fine account of himself in Arsenal’s 3-1 win at SouthamptonCredit: Reuters

But goals from Nicolas Pepe and Bukayo Saka saw Mikel Arteta’s side bounce back on the south coast with a league win.

Shaky start as he conceded with just three minutes on the clock.

But produced a stunning save to deny Che Adams later on and held firm throughout the game with more good stops.

Uncertain defending eventually saw him booked for a wild lunge in first half.

Didn’t offer much going forward either in a disappointing display on his return to the side. 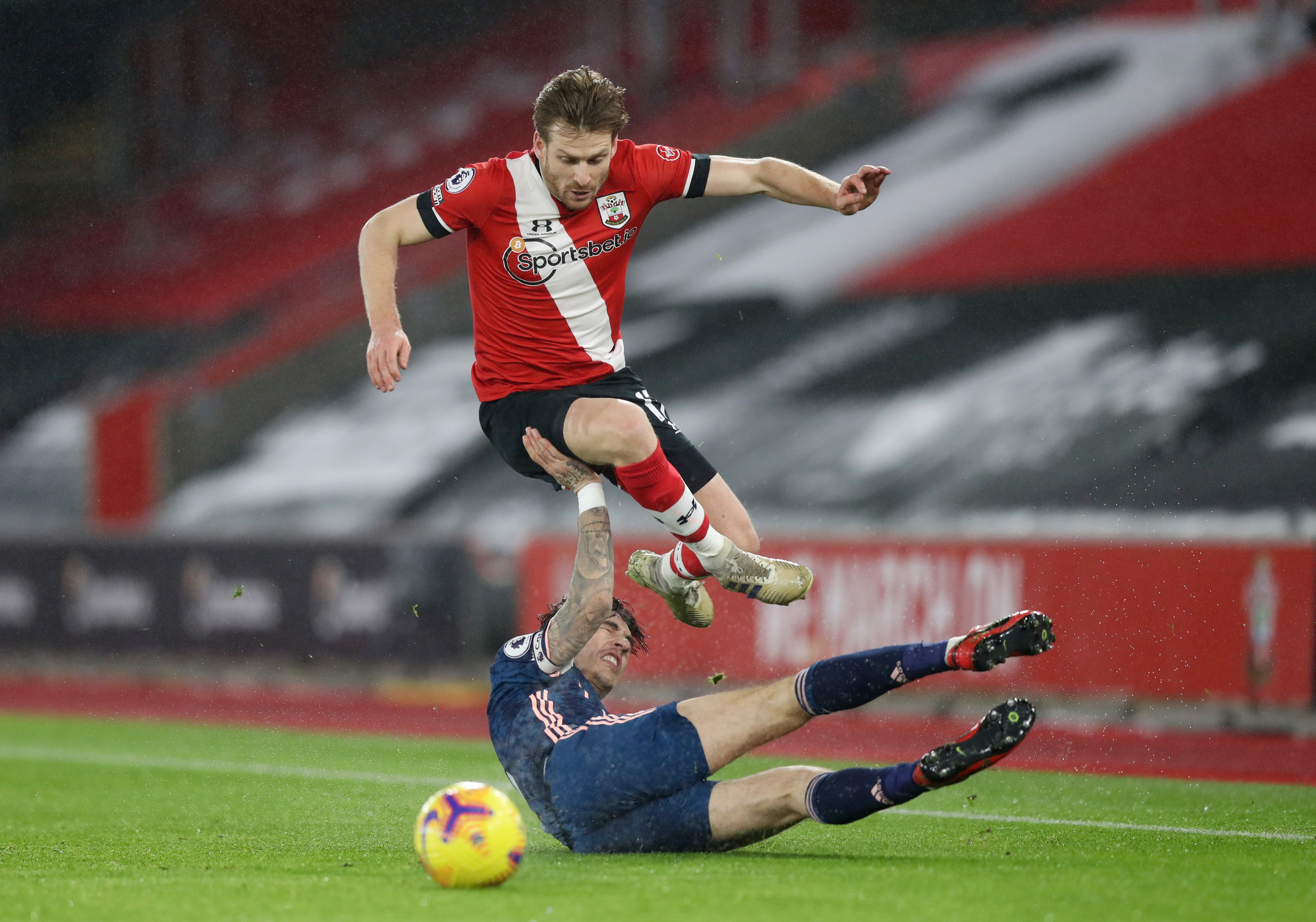 Hector Bellerin did not have a good game at right backCredit: Reuters

Not the most reassuring of performances from the Englishman, who has been solid this season.

But he did get his foot in on occasion to halt Danny Ings and Co in their tracks on his 100th Gunners appearance.

Slow on the uptake and slow to move against a pacy Saints forward line as he produced a sluggish start.

Great performance considering he was switched to the opposite flank as a makeshift left-back.

Defending was a bit suspect at times but on balance gave a strong account of himself with some superb crosses. 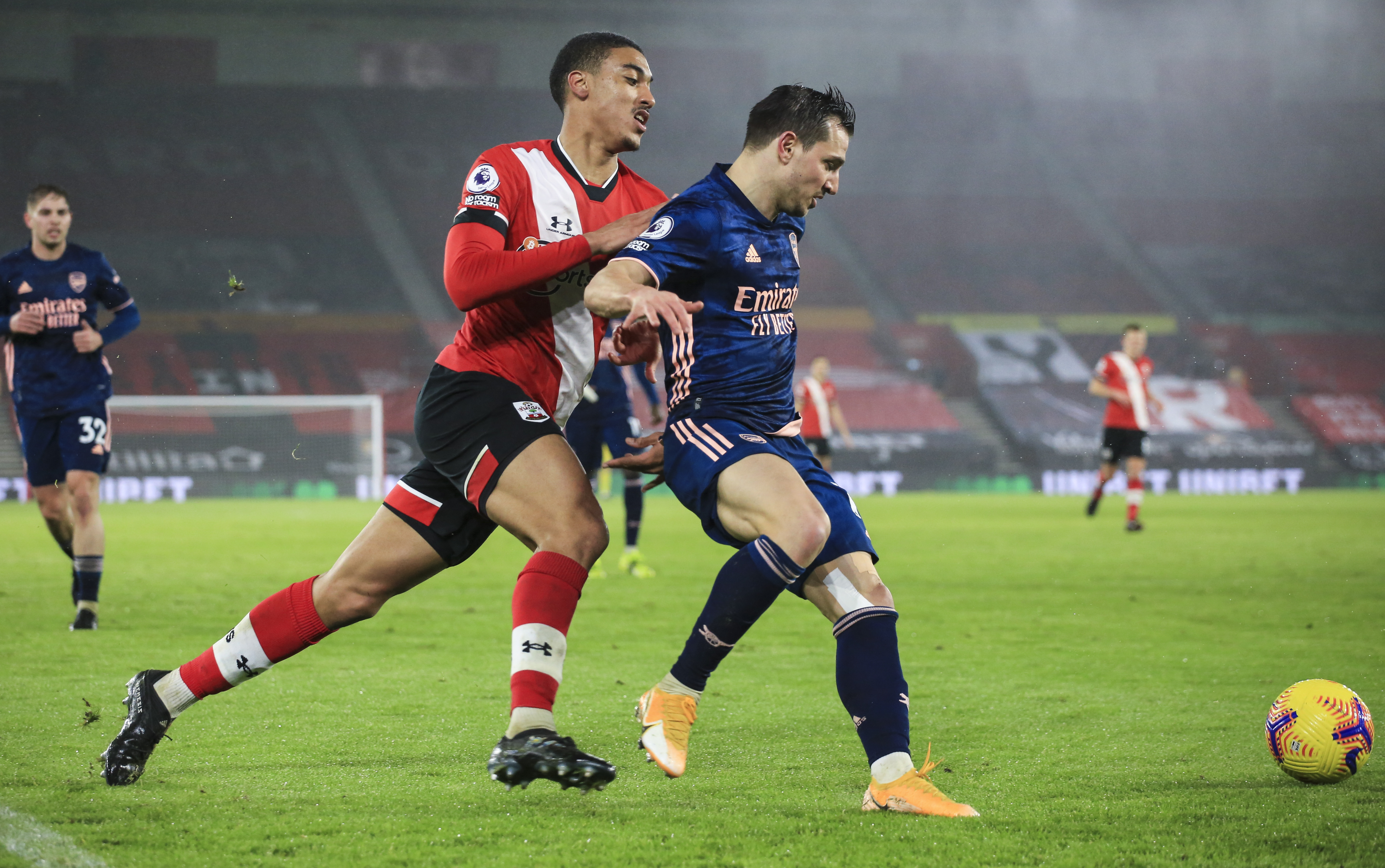 Still looks to be finding his feet but gave good energy through the centre.

Will be hoping to assert his presence even more as the season progresses but not a bad showing tonight at all.

Calm and composed as he dictated play from deep while navigating the Southampton press.

Made some fine passes and even came close to scoring with a trademark banger from distance.

Winger was his usual livewire self, causing havoc down the right.

Took his goal with aplomb after being forced to cut around the onrushing Alex McCarthy and looks to be getting better each week. 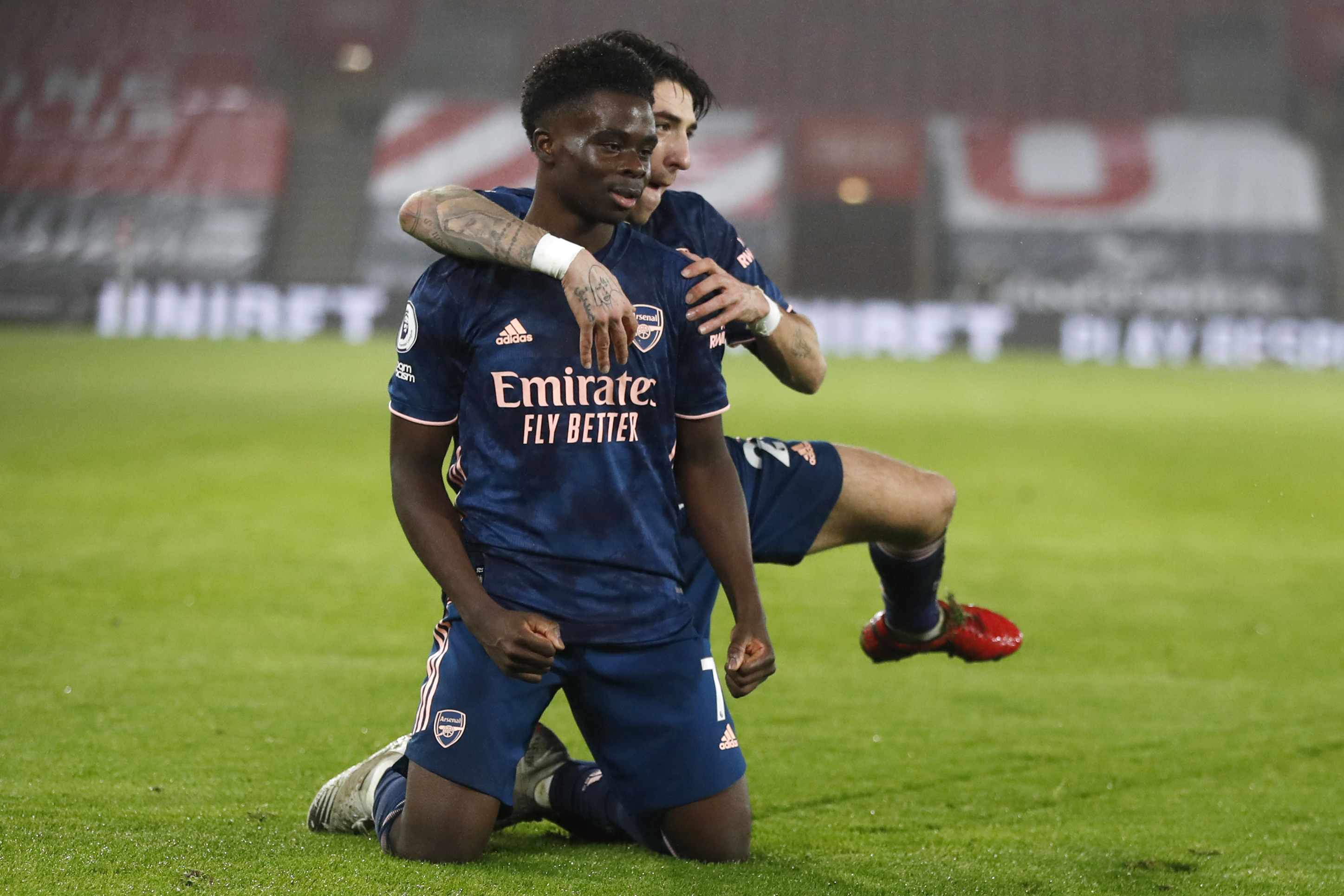 Bukayo Saka was his usual sharp self in attackCredit: AP:Associated Press

Looked sharp and confident as he ran into channels with ball at his feet.

The imminent arrival of Martin Odegaard seems to have already spurred him on but there’s no danger of being dropped any time soon.

Fired Arsenal back on level terms just minutes after Southampton’s equaliser with a great strike.

Looked at ease playing on the left and did his cause for a regular starting place no harm with a strong outing.

Bad miss minutes into game resulted in Saints going up other end for opener moments after.

But made up for it with lovely pass assist for Saka before scoring Arsenal’s third in the second half. 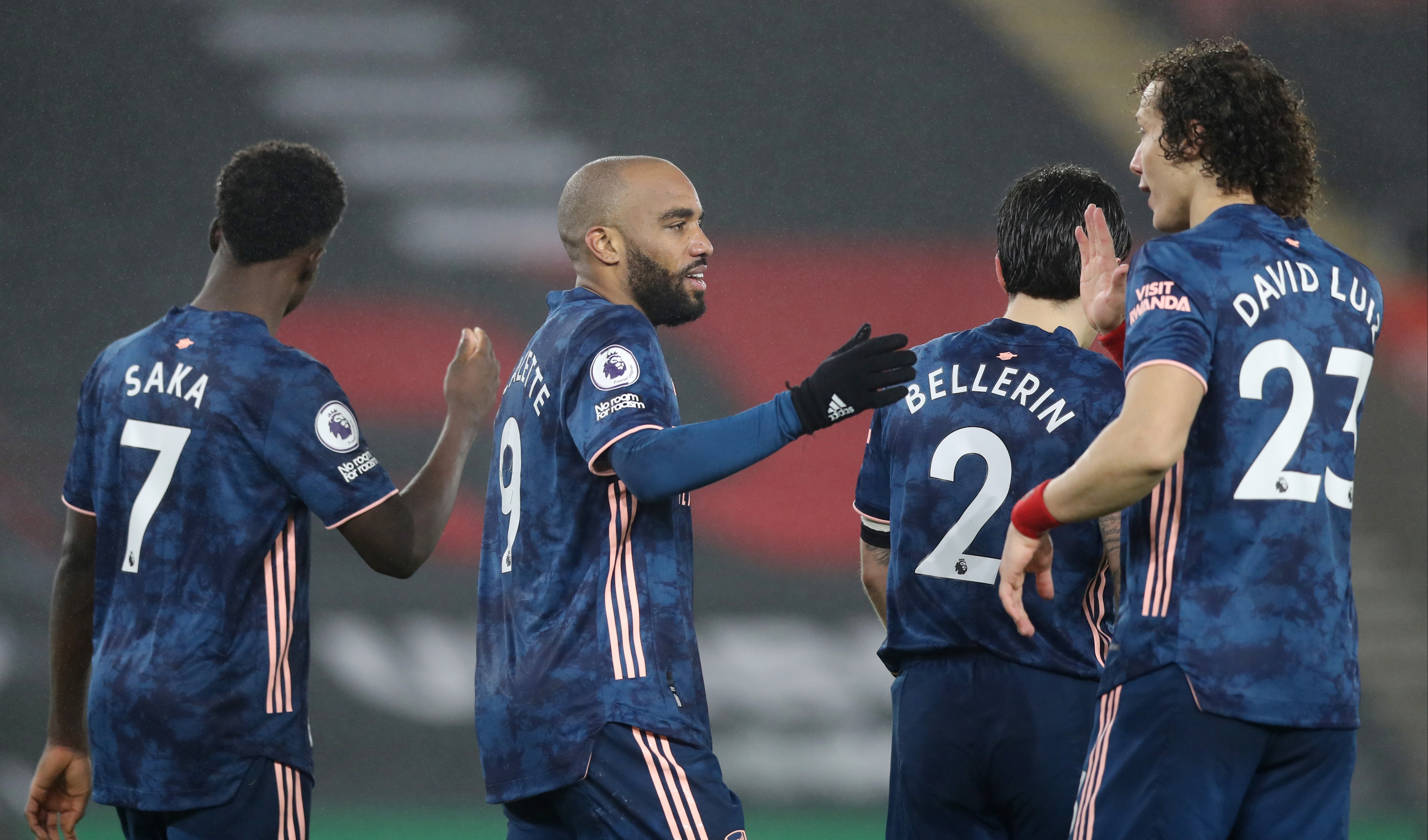 Alexandre Lacazette helped himself to a goal and assistCredit: Getty Images – Getty

Gave plenty of energy down the left and looked eager to impress after a poor start to his Arsenal career.

Didn’t have much time to make a serious impact but kept Arsenal ticking over nicely in midfield for final 15 minutes.