EMMA HAYES wants her Chelsea aces to stay calm under pressure after putting Tottenham to the sword in a derby drubbing.

A Melanie Leupolz brace was among the goals that led to a crushing 4-0 defeat for Spurs – their first loss under Rehanne Skinner. 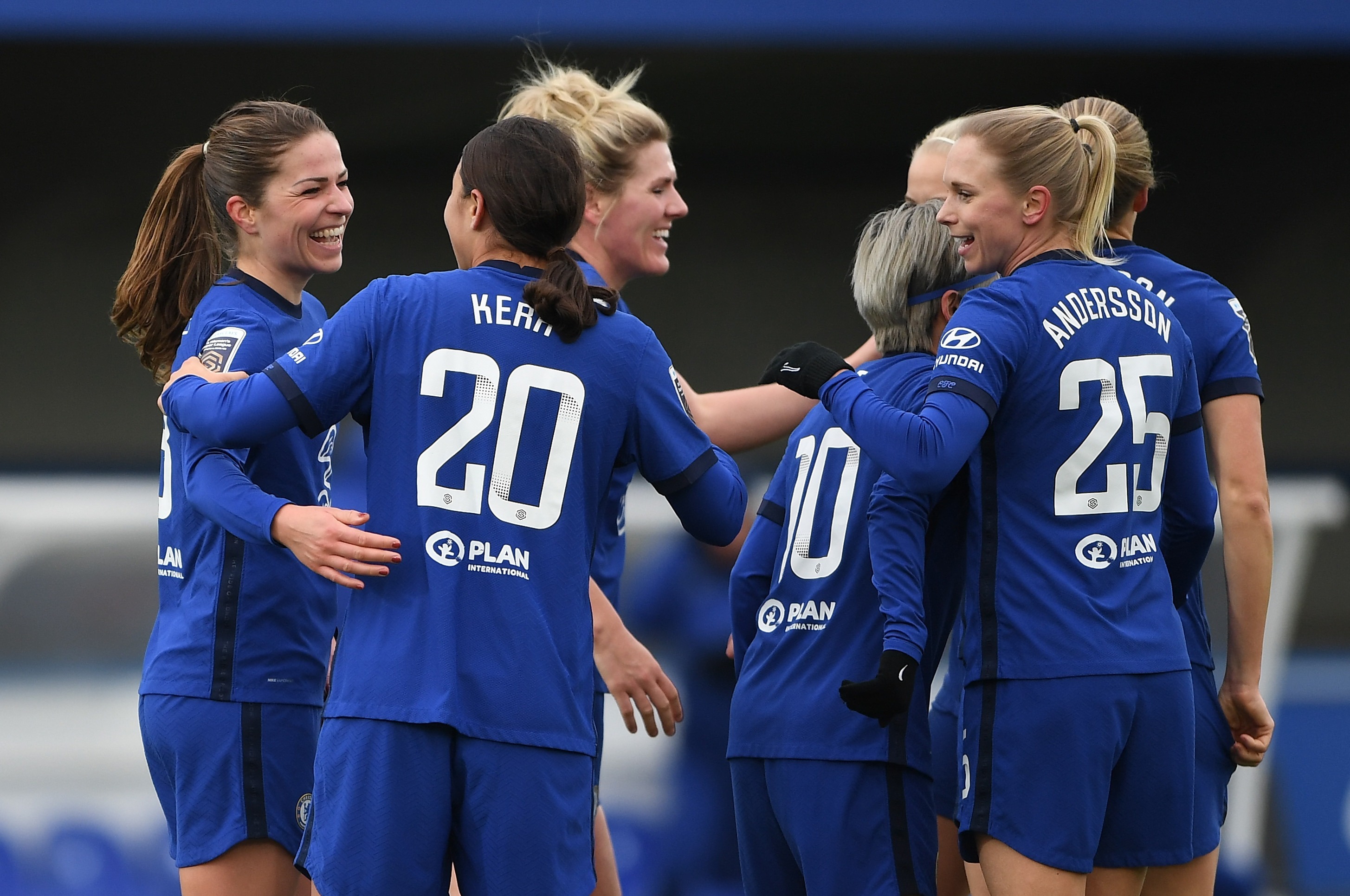 Chelsea made it 33 WSL games unbeaten with victory over TottenhamCredit: Getty Images – Getty 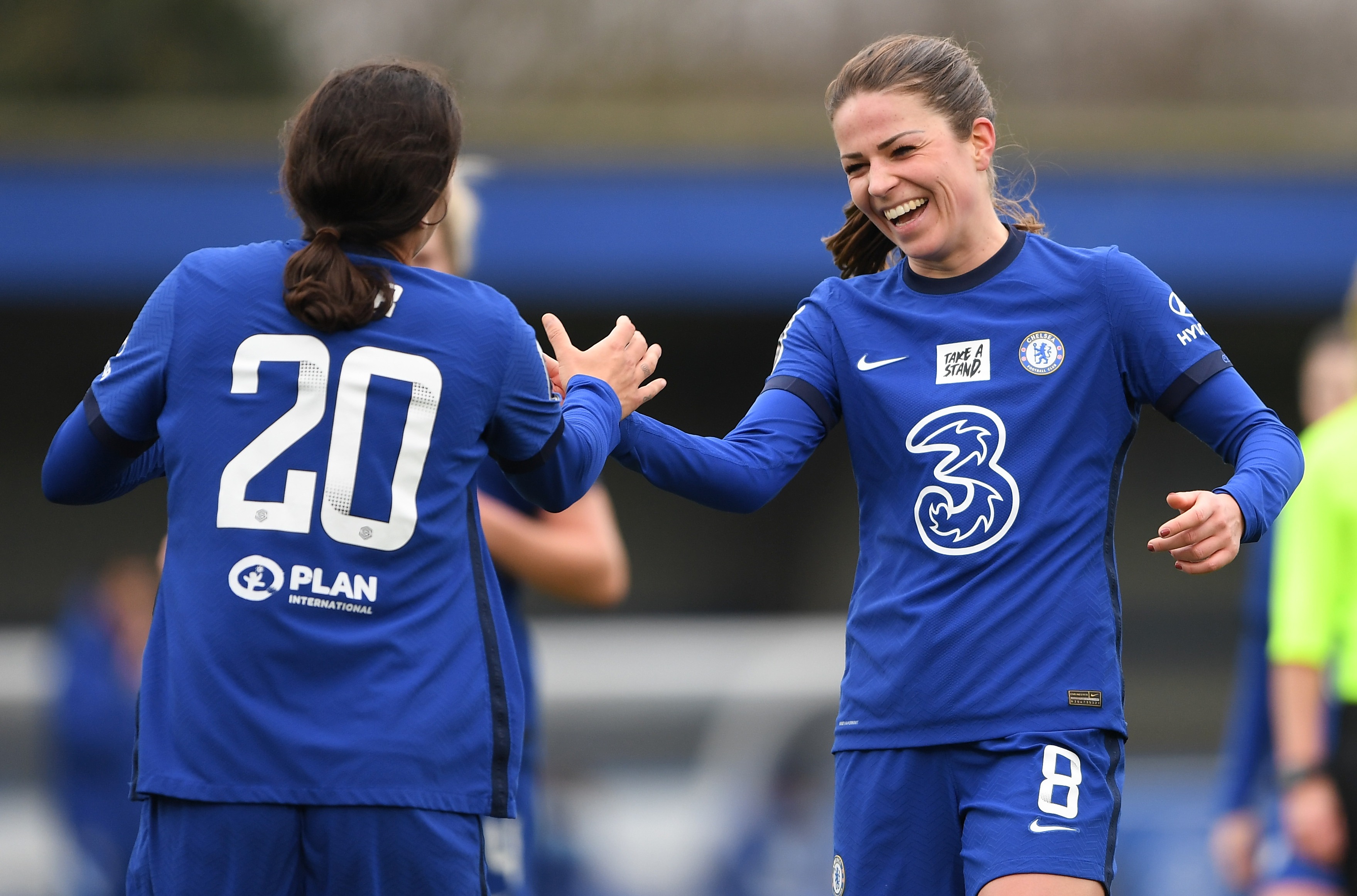 Despite the emphatic scoreline, the champs didn’t have things entirely their own way with their plucky visitors determined to have a go early on.

Hayes said: “I think until the first goal we were sloppy and we were slow in our build.

“I think struggled with our decision-making and composure until that first goal.

“Prior to that goal we made some adjustments which helped and from there on we dominated.

“With so much experience you have to be calm under pressure.

“It’s important to recognise you are not going to dominate for 90 minutes and when the momentum is not with you, you work hard to keep a clean sheet.

“But we have to give credit to our opponents as we started slow.”

It looked as if Tottenham were gearing up to stun the champs in the opening quarter. 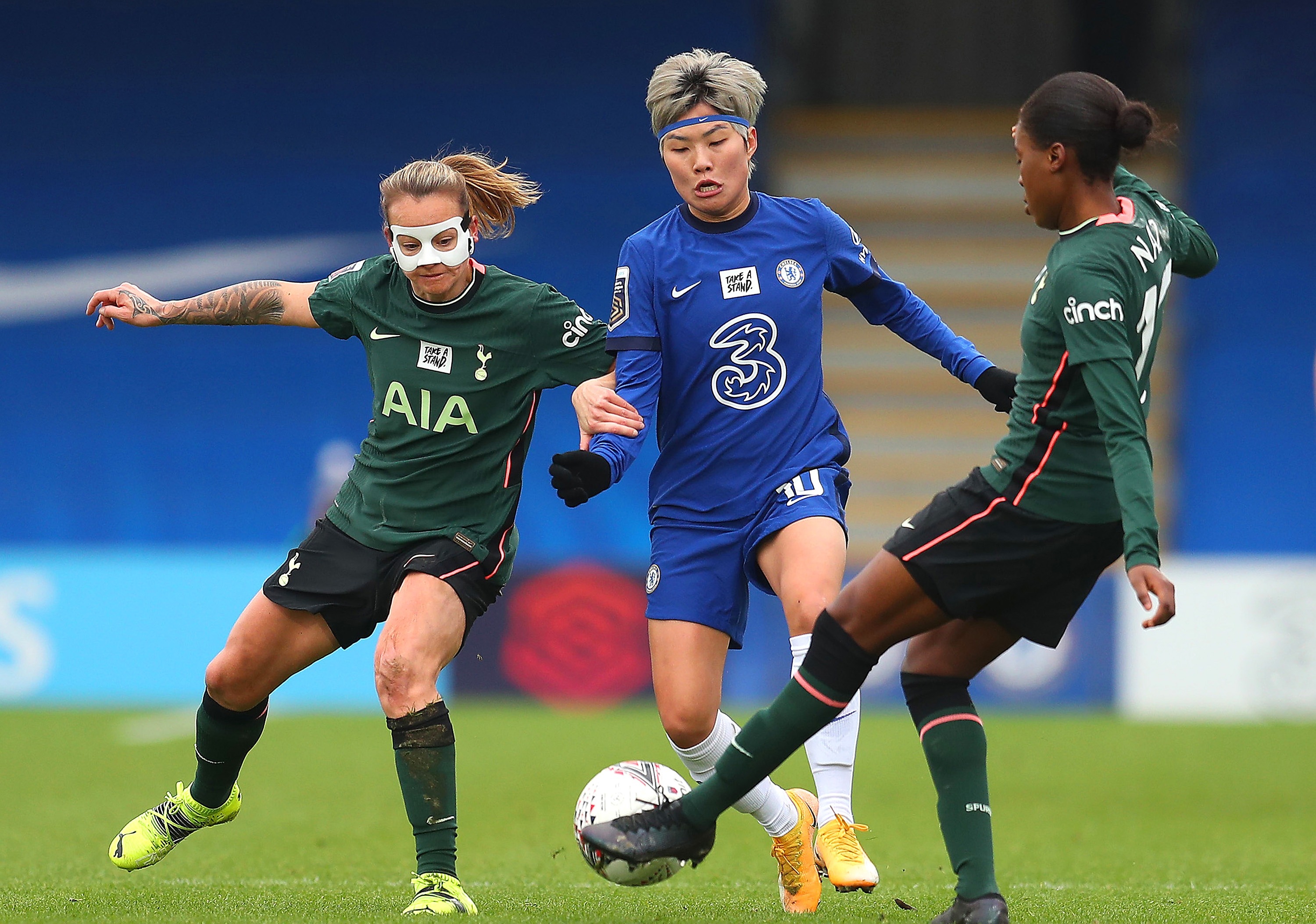 First with Shelina Zadorsky firing over the bar in the 11th minute and Ria Percival forcing a fingertip save from Ann-Katrin Berger.

Moments later it was Kit Graham’s turn to test Chelsea’s top stopper when she unleashed a cracking right-footed shot off after creating space.

But the visitors saw their momentum evaporate with the Blues netting twice in two minutes.

First with midfield maestro Leupolz walloping in the hosts’ opener after catching Aurora Mikalsen cold in the 25th minute.

And the Spurs stopper, making her debut in place of the injured Becky Spencer, was beaten again moments later.

This time after Fran Kirby pinched a lose pass from Abbie McManus to set-up Pernille Harder. 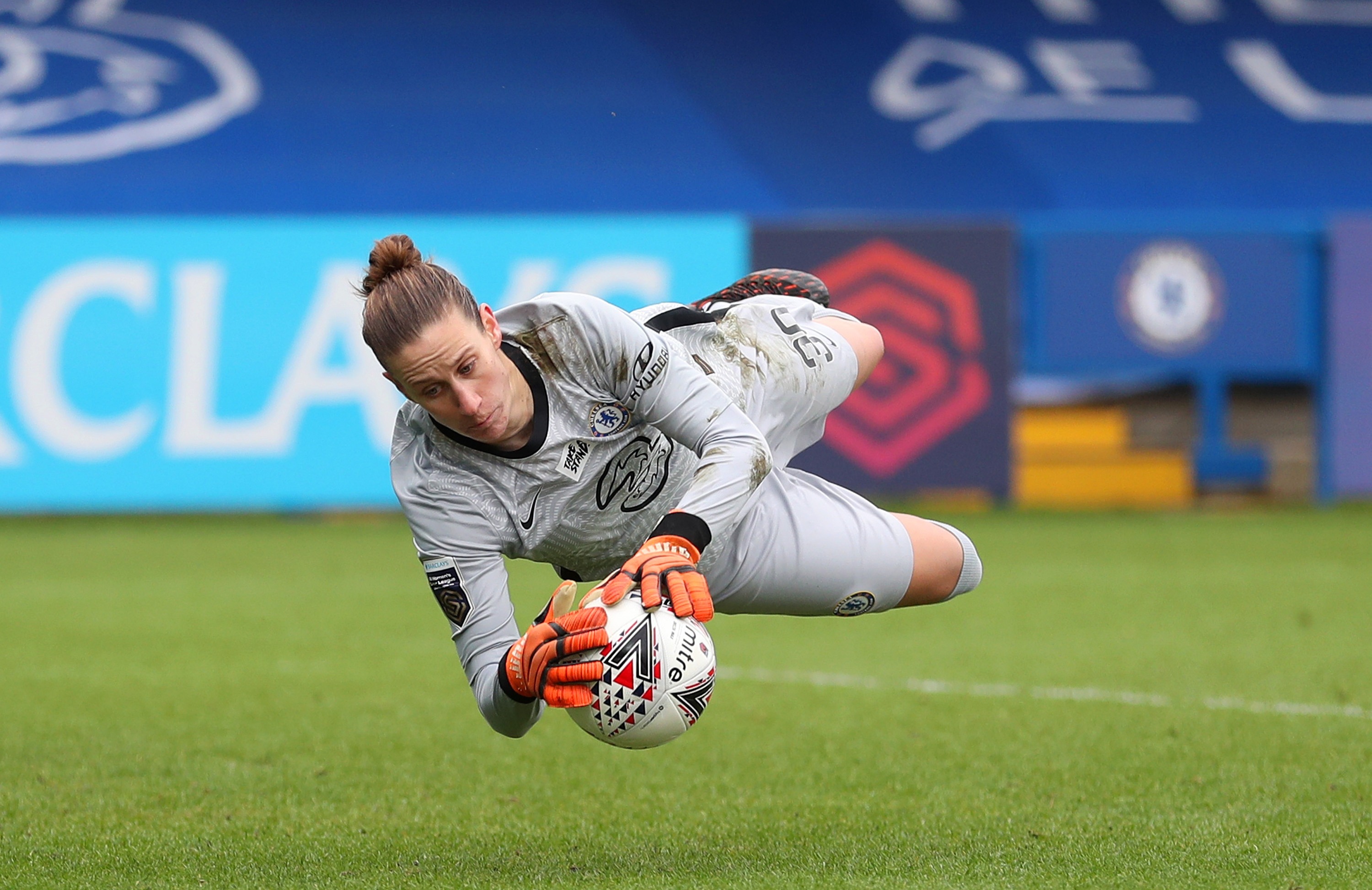 The champions began to turn the screw in the second half with Harder forcing a spectacular goal-line clearance from Ria Percival in the 52nd minute.

And the Blues wrapped up their win with Leupolz netting from the spot after super sub Beth England won a penalty.

The victory means Chelsea stay top of the table and level on points with Manchester United who beat Everton 2-0.

And it saw the champions extend their record-breaking unbeaten WSL run to 33 games ahead of their Conti Cup clash with West Ham.

If we had taken one or two of the chances we had, then mentally it would have changed the landscape of the game

The result leaves Tottenham in seventh ahead of their trip to Aston Villa.

And it remains to be seen whether Spurs will have their No1 stopper Becky Spencer available for that game.

Spurs boss Rehanne Skinner said: “She is getting a scan on Monday so we will be in the loop as to what that is going to look like.

“No team wants to be in a position where they are losing 4-0 but it’s important we take positives out of this game. 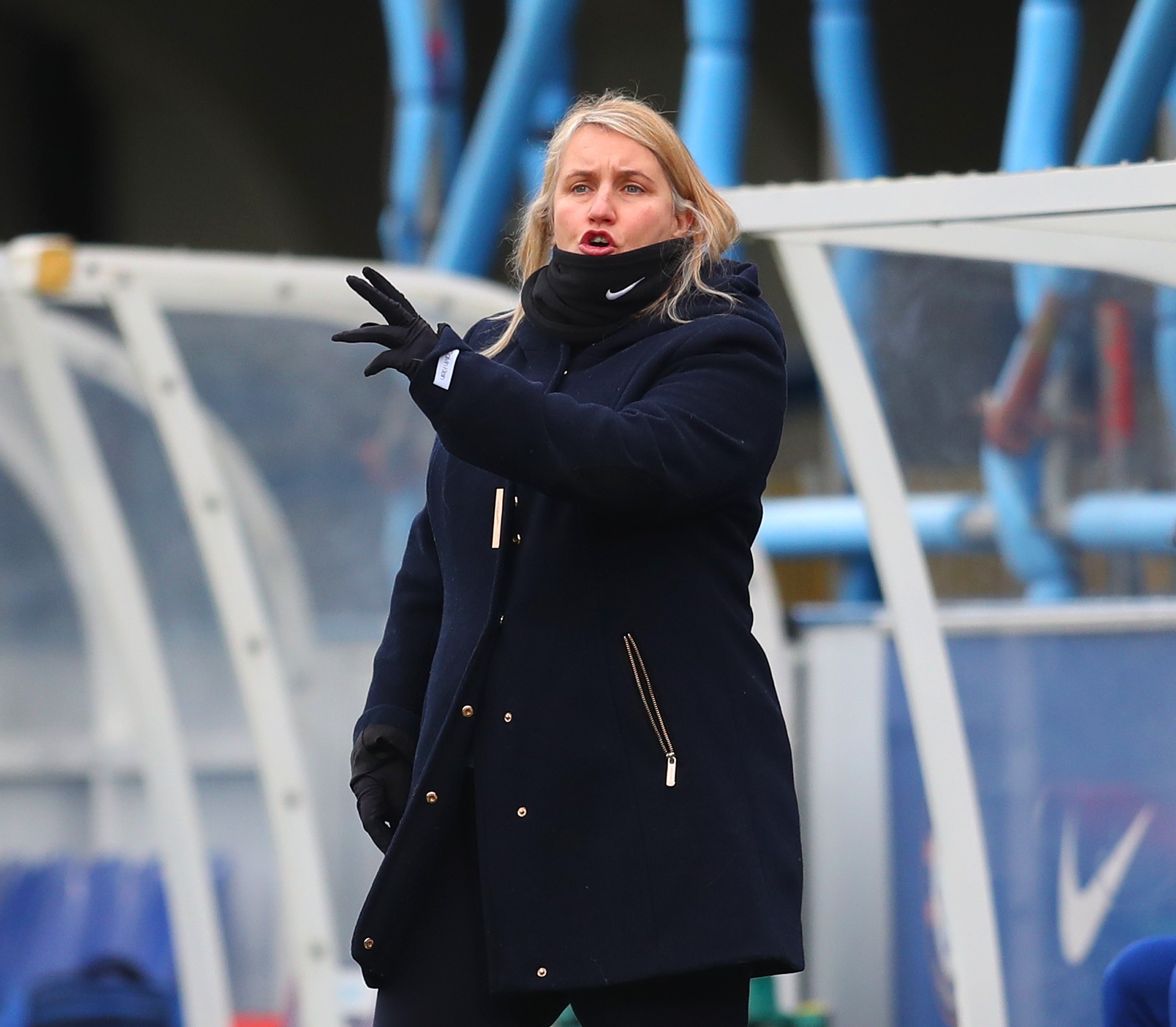 Emma Hayes and her players are due to play West Ham in the Conti CupCredit: Getty Images – Getty

“There were certain aspects of the performance that were really positive for us when we were in possession.

“I think the biggest thing is that you have to take advantage of the scenarios you are presented with.

“If we had taken one or two of the chances we had, then mentally it would have changed the landscape of the game.”