MIKEL ARTETA has confirmed that Emile Smith Rowe was forced off during Arsenal’s win over Southampton due to a muscle problem.

The midfielder came off after 72 minutes on Tuesday night having sat out the weekend’s FA Cup defeat due to a knock. 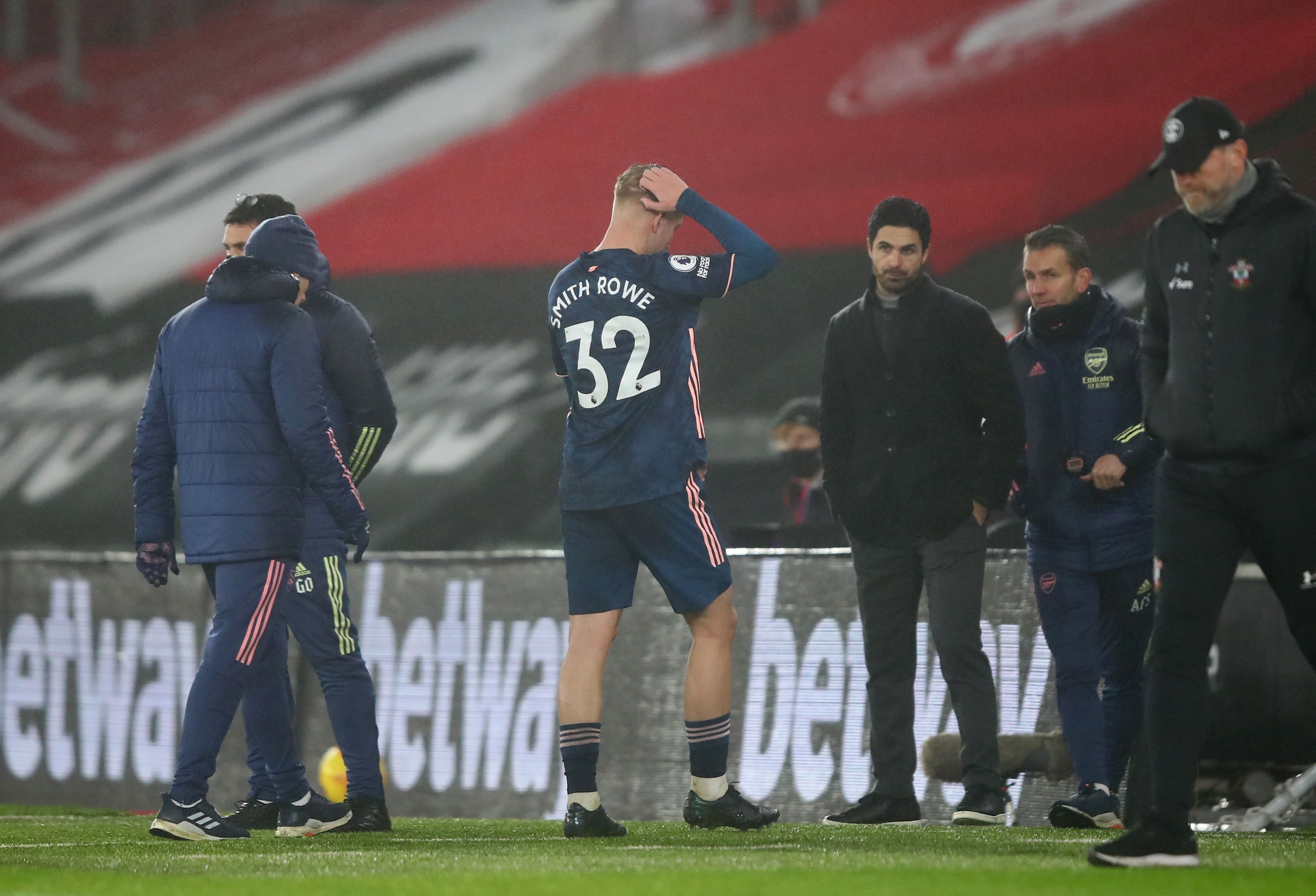 Emile Smith Rowe did not complete the 90 minutes at SouthamptonCredit: Getty Images – Getty

And Gunners boss Arteta confirmed that he never actually expected Smith Rowe to complete the game.

He told reporters: “[Smith Rowe] was injured for the FA Cup game and we knew that probably today he could not play the whole game.

“He had some muscular discomfort and had to come off again.”

Arsenal made it five wins in six Premier League games with the 3-1 win at St Mary’s.

The run has coincided with 20-year-old Smith Rowe’s impressive breakout into the team.

But he was not the only injury concern for the Gunners as Pierre-Emerick Aubameyang and Kieran Tierney missed the game, with Thomas Partey substituted late on.

Arteta admitted he did not know whether the Ghanaian was suffering from cramp or a more serious problem.

The 38-year-old said: “[Partey] was still in some discomfort and hopefully it was nothing. But he was struggling.

“You could see today that he could not even hold for 60 minutes. So, we have to manage those players, we have to protect them.

“But sometimes they are not fit. I cannot explain every single day how everybody is feeling.”

Nicolas Pepe, Bukayo Saka and Alexandre Lacazette scored as Arsenal pushed up to eighth in the table.

With Manchester United next up, Arteta spoke of his pleasure at seeing his side come from behind to beat Southampton.

Our pressing was brilliant. We were good in the break. It was a strong performance.

The Spaniard noted: “I think we were good from the start.

“We conceded a goal from a corner but responded straight away.

“We were good on the ball. We got out of trouble and made some big chances.

“Our pressing was brilliant. We were good in the break. It was a strong performance.”