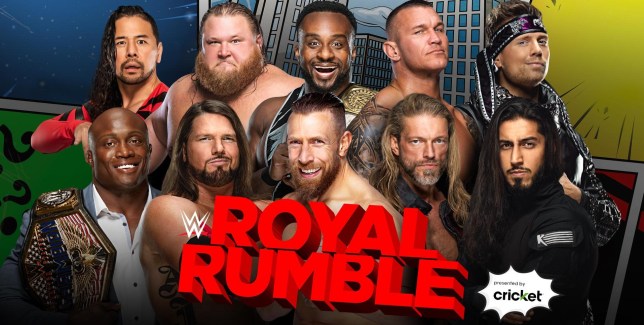 It’s the most unpredictable night of the year (Picture: WWE)

On Sunday night, WWE Royal Rumble comes from the ThunderDome as fans are treated to the most unpredictable night of the wrestling calendar.

Four championships will be defended, but the iconic event’s flagship match is the real selling point heading into the event, with the 30-woman and 30-man bouts having major WrestleMania 37 implications.

Throw in the usual surprise entrants – including potential debuts and returns – and a solid rest of the card, and this year’s Rumble looks like a very strong show on paper.

We’ve put together our usual monthly guide with the full match card, streaming details and more.

WWE Royal Rumble takes place tonight (Sunday, January 31), with all the action on the main card kicking off at midnight for fans in the UK.

How can you watch WWE Royal Rumble 2021?

As ever, the WWE ThunderDome application came and went with places are snapped up pretty sharpish – so let us talk you through the usual ways to tune in.

For fans in the UK, you can tune into the main Royal Rumble show by either streaming live or watching on demand via the WWE Network – or order the event via BT Sport Box Office.

Forget 2020 and what we saw last month at TLC – tonight is about the Royal Rumble and beginning of the Road to WrestleMania.

This kicks off WWE’s most exciting time of the year, with all the matches having major implications for the double header in April.

With the two main Rumbles usually taking up a large chunk of time, it’s safe to assume this will be the finished card, but you never really know.

Of course, a big part of those matches are the surprises – you’ve been warned, we’ll be listing all declared superstars already confirmed at press time.

What can you expect from WWE Royal Rumble 2021?

They say anything can happen in WWE – but that old cliché is perhaps no more true that on the Royal Rumble.

Firstly, even the non-Rumble matches have a hint of unpredictability this year, although that’s mainly down to the fear amongst fans that Goldberg could defeat McIntyre for the WWE Championship.

It’ll be a brief match you’d assume, but the same can’t be said for what is set to be an all out war between KO and the Tribal Chief – look for Roman to retain and continue his march towards Mania with the gold around the his waist.

Similarly, Banks will defend her gold against Carmella – and you wouldn’t bet on the latter winning even with her sommelier Reginald at ringside – while it seems too soon for Charlotte and Asuka to drop their titles. 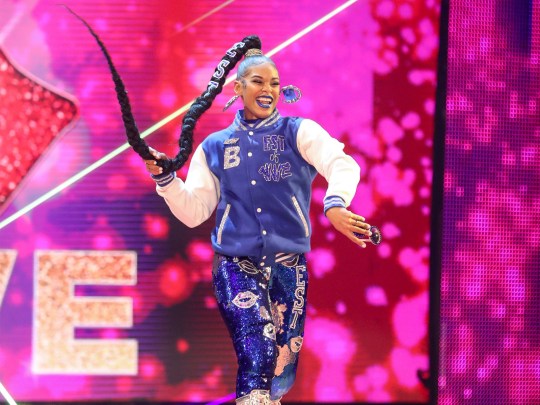 Belair wants to put the EST in WrestleMania (Photo: WWE)

Looking at the Rumble matches themselves, this year is more unpredictable than ever with a range of potential winners primed to turn themselves into WrestleMania main event title challengers.

For the women, Bianca Belair is almost a no-brainer, but that’s no guarantee WWE will go that route – and while NXT’s Rhea Ripley has emerged as a potential surprise contender, you can’t rule out the possibility of Ronda Rousey making a shock return.

Over on the men’s side, there are a number of possible winners including Big E, Braun Strowman and Daniel Bryan, with some wildcards like Cesaro and Randy Orton already in the match.

Every year is important when it comes to choosing the right winner – just ask Batista and Rey Mysterio how it can go wrong when they don’t – but this more than ever with the company bringing back fans for WrestleMania 37.

WWE will want to put on the best card possible for such a monumental moment, and it all starts here.