WWE legend CM Punk returns to the ring: ‘Just like riding a bike’ 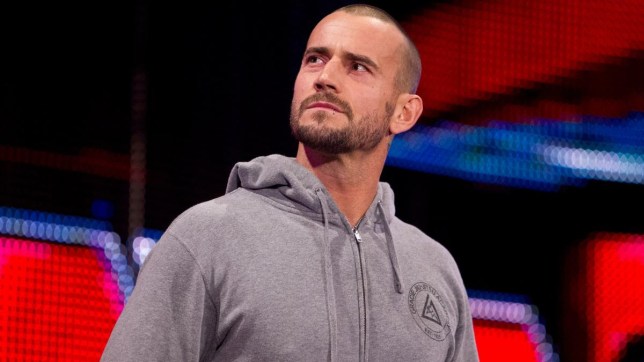 Stephen Amell has been working with Punk (Photo: WWE)

WWE legend CM Punk has revealed his in-ring return over Royal Rumble weekend – but it’s not what you think.

While fans are always hoping for the Voice of the Voiceless to make a comeback – and tonight’s Rumble match would be a dream scenario – the star looks to be keeping busy with another wrestling related project.

Arrow star Stephen Amell – who has worked in-ring for both WWE and Ring of Honor as well as a match at 2018’s All In show – is working on new pro wrestling drama Heels, and it looks like Punk is going to be involved.

The actor shared photo of Punk smiling leaning on the top rope after what seemed to be a pretty intense training session.

He tweeted: ‘Please welcome @CMPunk to @HeelsSTARZ — He was a little rusty in the ring yesterday, but I assured him it was just like riding a bike. (sic)’

The former world champion shared the picture with his own followers and simply added a couple of bicycle emojis without revealing any more info.

This post comes after Punk revealed he was quarantining during the pandemic, with some fans wondering if that meant the 42-year-old star – who confirmed it wasn’t due to Covid – was going to be in tonight’s Rumble.

It looks like this Heels-related picture could be the secret to why he was keeping safe, although there is always the possibility of that being a swerve too.

Back in 2018, Ronda Rousey insisted she wasn’t going to be at that year’s Royal Rumble, going so far as to share a photo while suggesting she was away working on a movie.

However, after Asuka won that year’s match, Bad Reputation by Joan Jett blared out in the arena as the Baddest Woman On The Planet made her WWE debut.

Anything can happen in WWE – and we can dream, right?