What time is Dancing On Ice tonight and who will be performing this week? 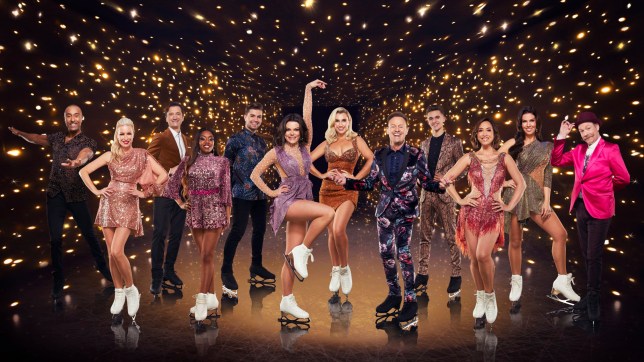 Dancing On Ice 2021 is well underway, with the series having already bid farewell to its first celebrity skater.

The series began a fortnight ago, with the first six couples taking to the ice in the first week and the remaining six showing off their skating skills last Sunday night – with ITV putting a number of strict rules in place amid the ongoing coronavirus pandemic.

Despite previous worries that the show would be delayed due to claims crew members had tested positive for the virus, so far the series has progressed as planned – with one of the series’ most popular themed weeks set to air tonight.

So what time does the programme air and who will hitting the ice this evening? We’ve got all the details you need.

What time is Dancing On Ice on tonight?

Dancing On Ice airs tonight at 6pm on ITV.

The duration of the episode is two hours, and will see presenters Holly Willoughby and Phillip Schofield introduce the remaining celebrity skaters.

Casting their judging eye over proceedings are returning panelists Jayne Torvill and Christopher Dean as well as Ashley Banjo and John Barrowman.

Who is skating this week?

While all 11 of the remaining couples were scheduled to perform this evening, there will be some notable absences from the line-up.

Denise Van Outen – who partnered Matt Evers on the show – has been forced to quit the series due to a shoulder injury sustained in training, and has been replaced by Olympic gymnast Amy Tinkler

She will make her debut tonight along with pro partner Joe Johnson.

Also absent from tonight’s show will be Rufus Hound, who is currently self-isolating, and Billie Shepherd, who is taking a week off from the series following the sad death of her grandmother Nanny Wendy.

Myleene Klass will also be absent after becoming the first celebrity to be eliminated from the competition last Sunday.

The following will perform on Sunday’s show.

Dancing On Ice continues on ITV at 6pm.