Gina Carano, former star of The Mandalorian, has said that an email accidentally sent to her by Disney made her aware that her behaviour was being monitored.

The MMA fighter and actress revealed that an email showing that Disney employees were following the #FireGinaCarano movement told her all she needed to know about her future on the show, which is a joint production by Disney+ and Star Wars studio Lucasfilm.

Carano told The Ben Shapiro Show yesterday (February 21): “They accidentally sent me an email, which was very enlightening, so I knew. I knew they were paying attention. I know there were some people who went to bat for me but I know that they didn’t win out at the end.”

The actress, who was fired from the series this month after reportedly posting an Instagram Story in which she compared being Republican in the current US political climate to being Jewish during the Holocaust, went on to claim that Disney picks its favourites depending on their political allegiances.

“They’ve been all over me and they’ve been watching me like a hawk, and I’m watching people on the same production and they can say everything they want, and that’s where I had a problem. I had a problem because I wasn’t going along with the narrative,” she said.

Carono also told Shapiro that her Instagram post was misinterpreted, saying that she was “inspired by the gentle spirit of the Jewish people going through that time”. 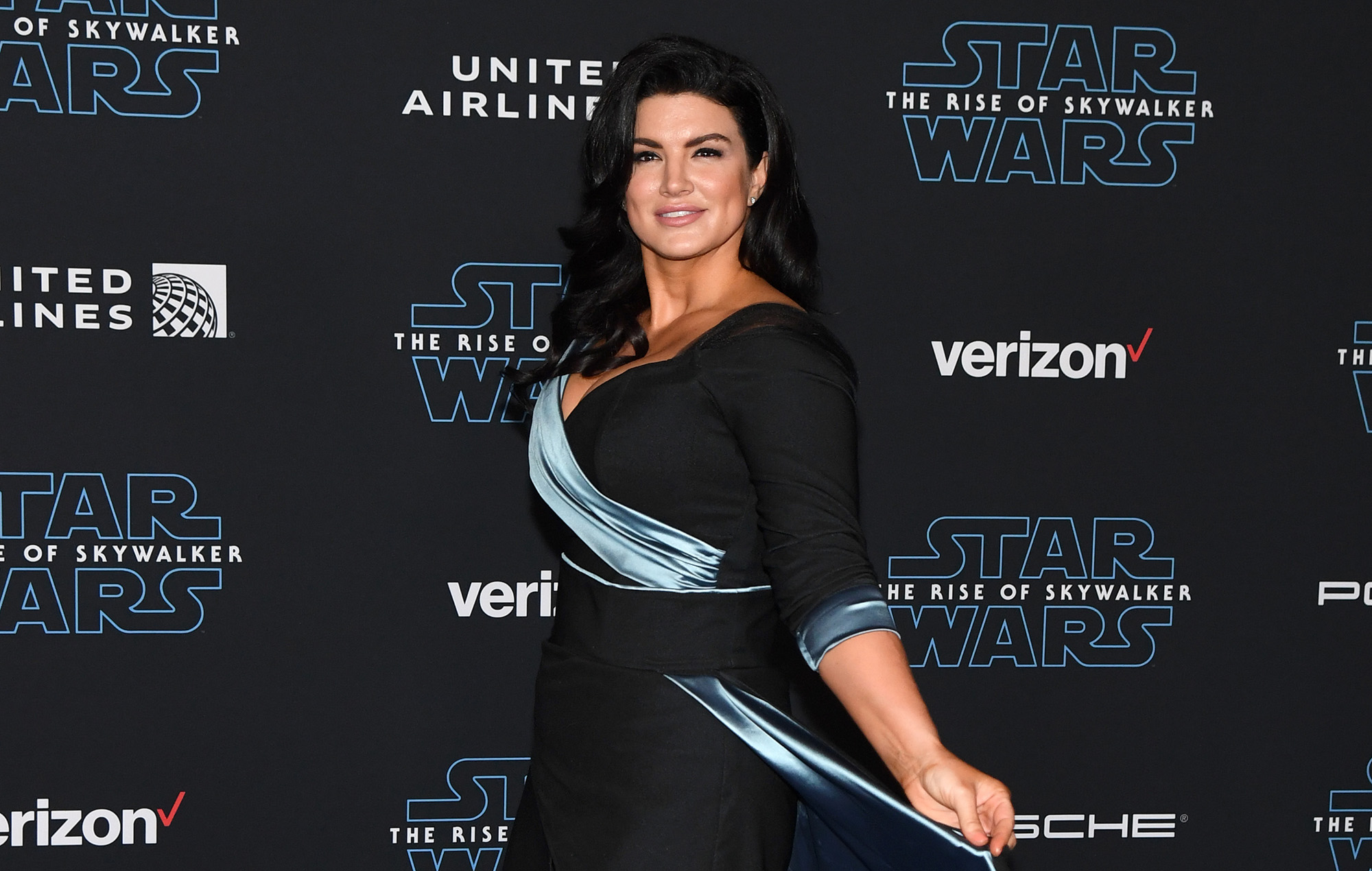 She added: “I’ve got every single big publication saying she’s comparing conservatives and Republicans to this and that’s not really what I was doing… I have love for everyone; I’m not a hateful person.”

Carono played bounty hunter Cara Dune in the first two seasons of the hit Disney+ show before being axed. But she revealed that she learnt of her dismissal from social media – not from a direct message.

“How I found out was that I looked on the internet, and you know, you check your Twitter and I’m trending and the ‘fire Gina Carano’ hashtag worked.”

Despite the incident, Carano added to Shapiro that she does not regret her comments.

“They’re making it very obvious through their employees who were coming for me, and so I was like, ‘I’m going to go down swinging and I’m going to stay true to myself.’”

In other news, Carano alleged recently that her press for The Mandalorian season two was pulled after she refused to post a studio-written apology following claims she mocked transgender people.