The veteran character, who is 81, was trying to stop his son Peter from drinking himself to death – but wound up getting smashed in the face. 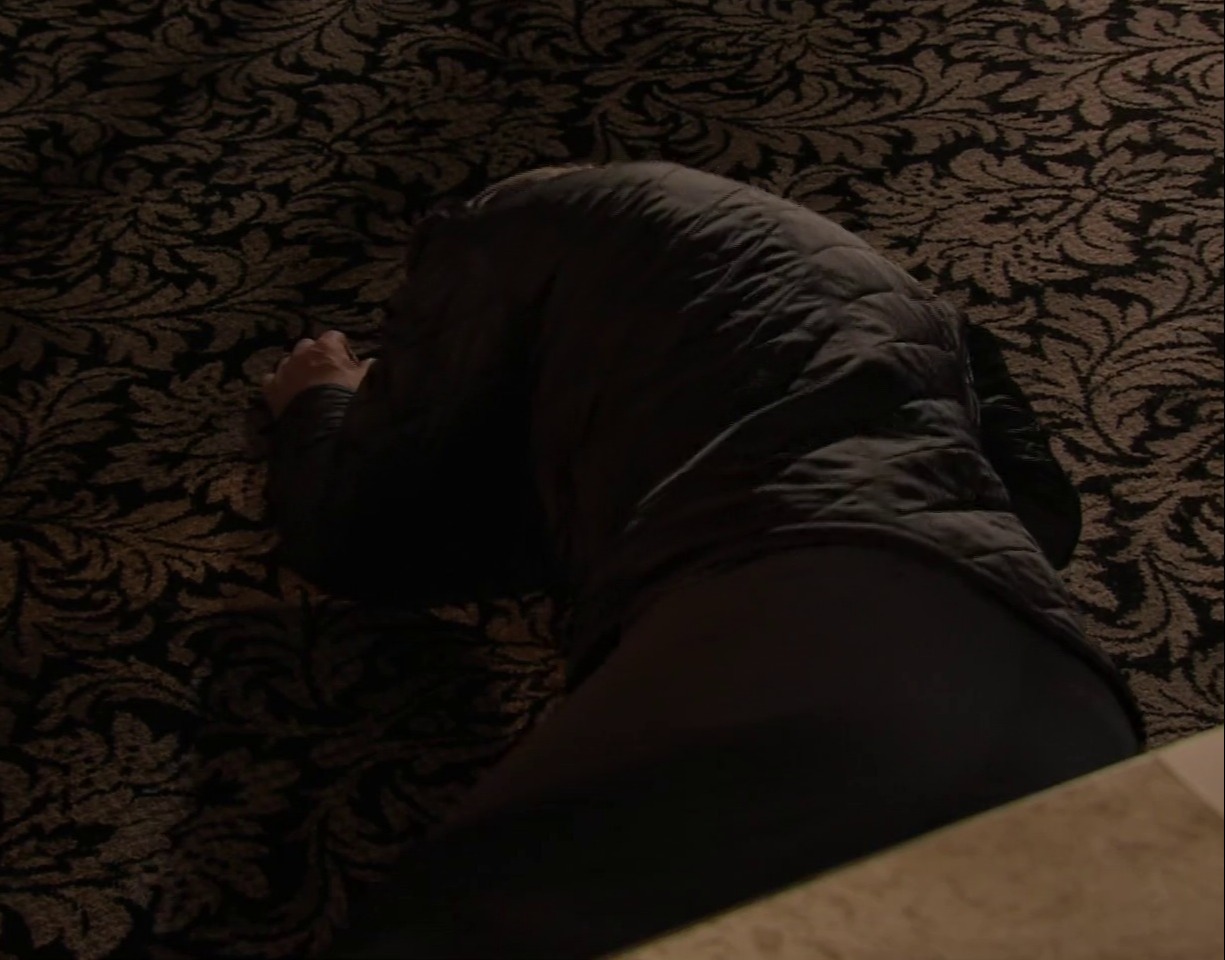 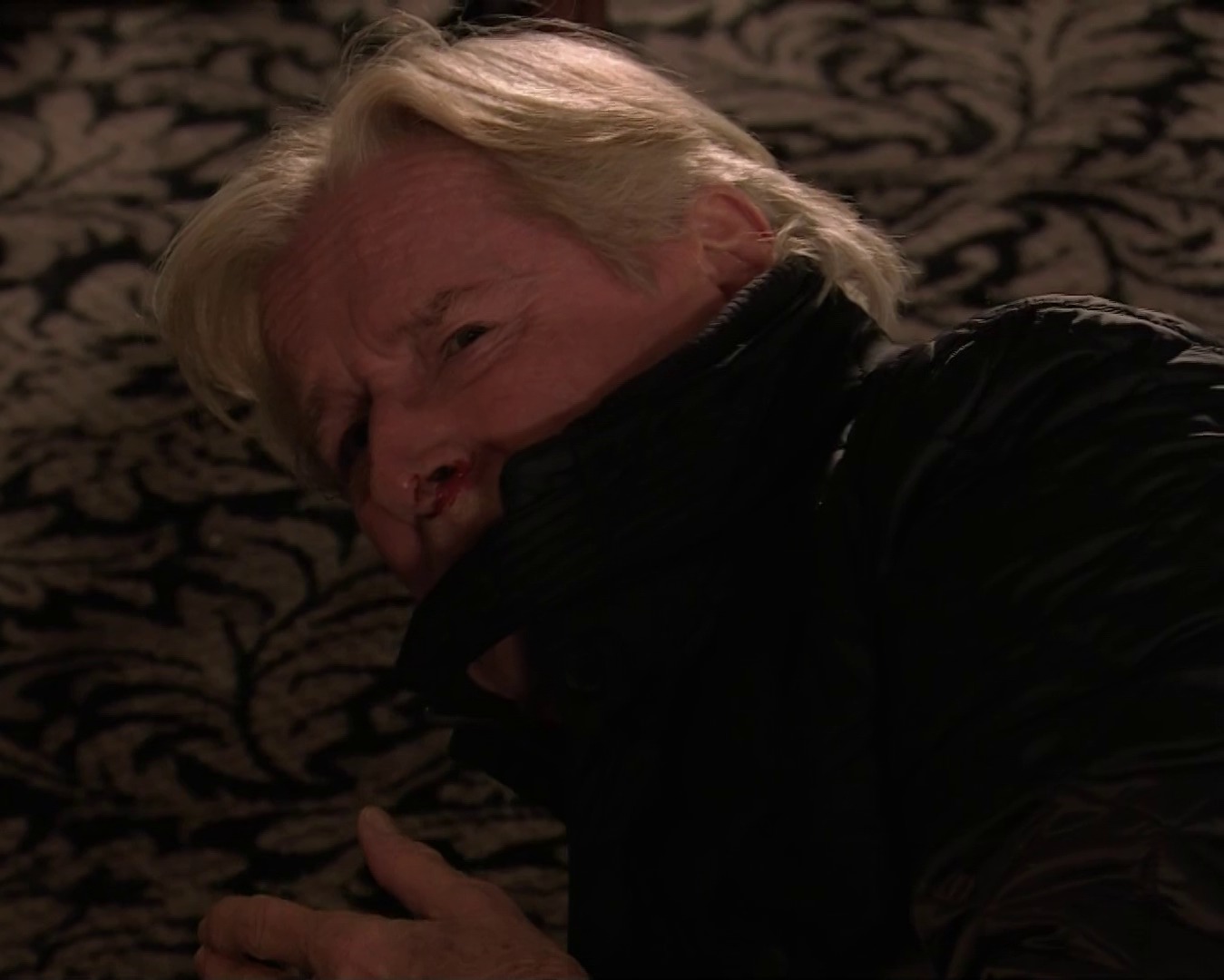 Caring Ken had been trying to stop bars and pubs from serving the wayward Barlow boozer.

So when he found him drinking, he first appealed to the barman – then attempted to to Peter from downing any more pints.

The drunkard slurred: “I can do what I want. Did you not get the memo?”

Ken raged that he needed to be comforting his own son, saying: “You don’t give a damn about yourself – I understand that. 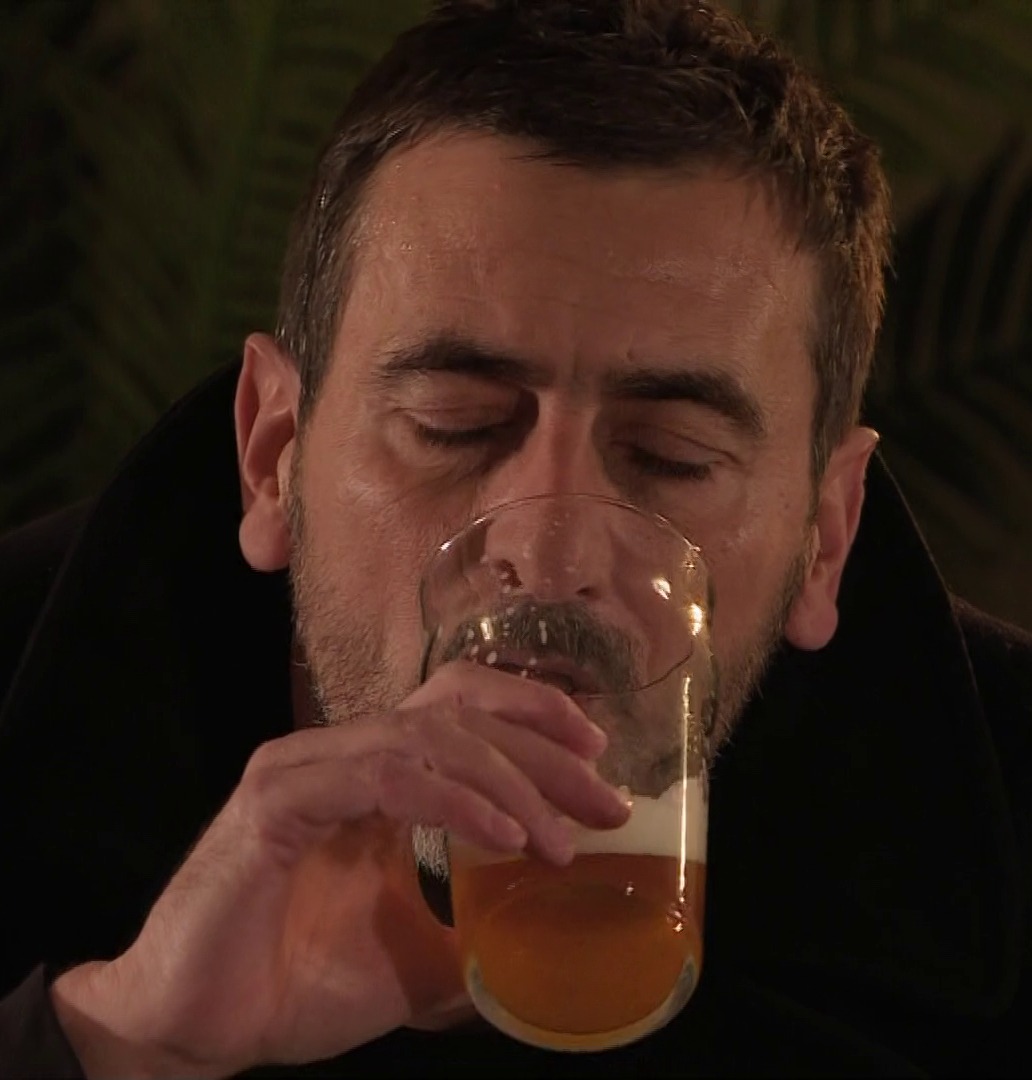 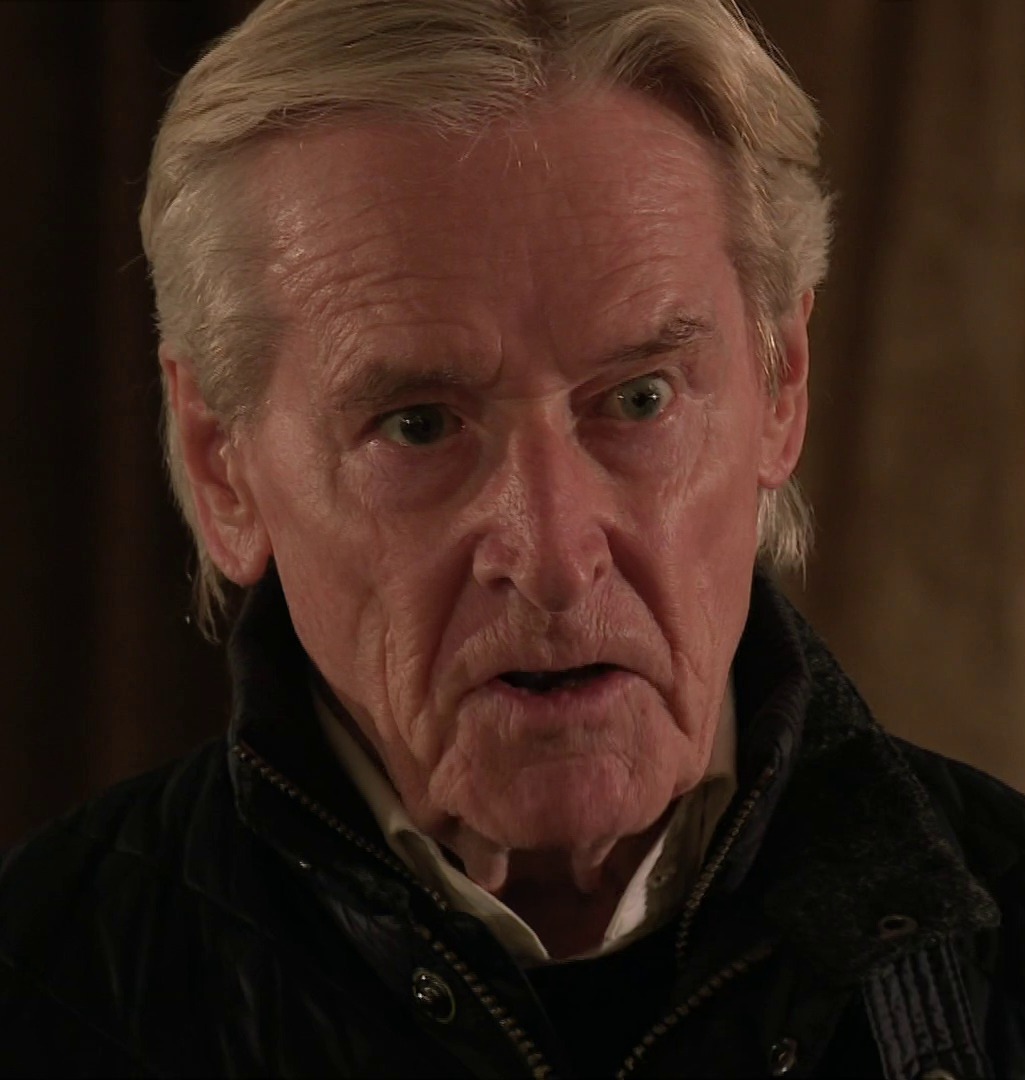 He fumed: ‘Give a thought for Simon – he’s just lost his young brother’ 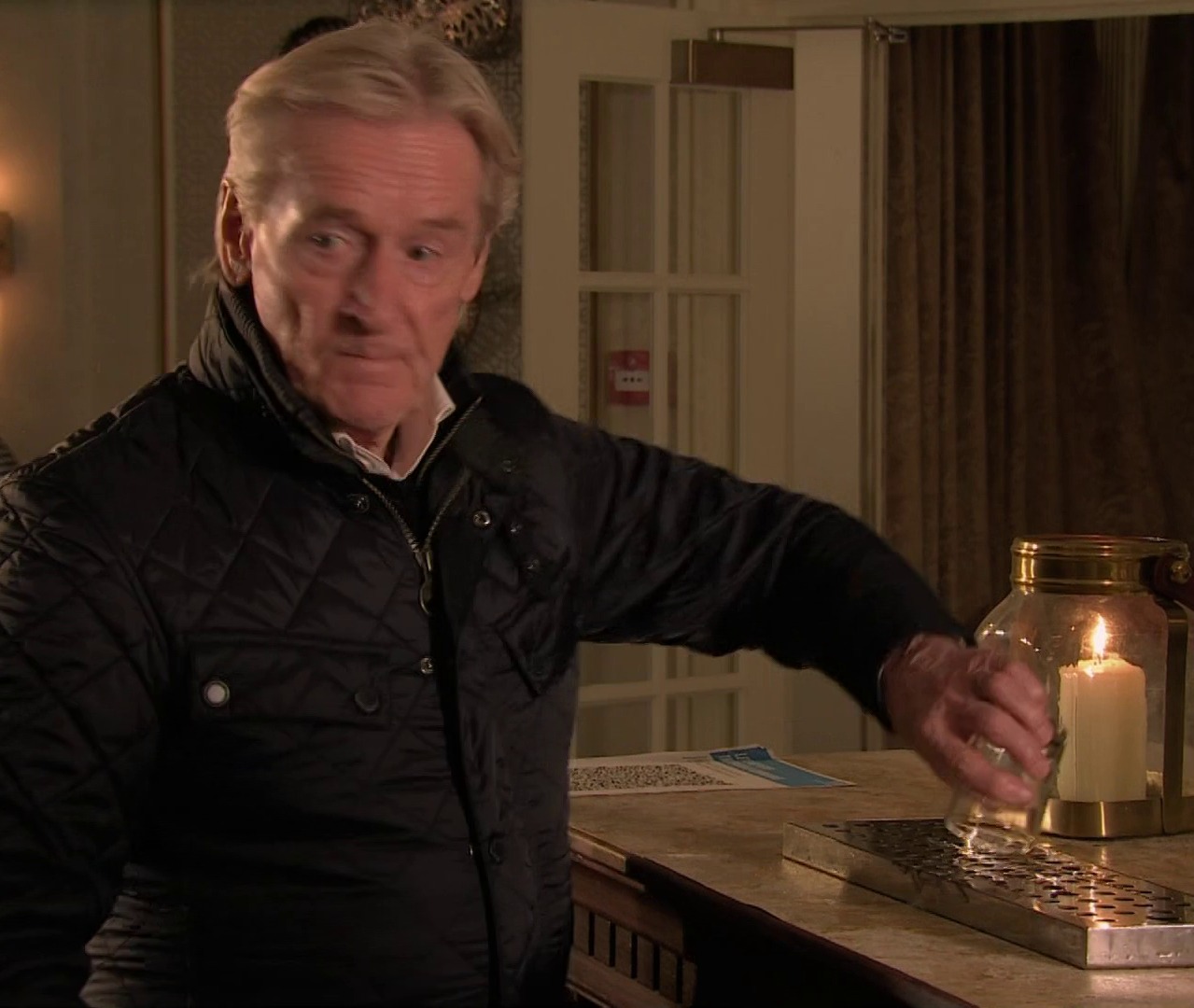 “But please, give a thought for Simon. He’s just lost his young brother.”

But Peter replied, miming someone snoring: “Boring. It’s boring… give me my drink back.”

At that, determined Ken turned around and poured the contents of the glass away – causing Peter to leap out of his seat.

Taking a swing at him, the poor pensioner took a crack in the face and was sent flying. 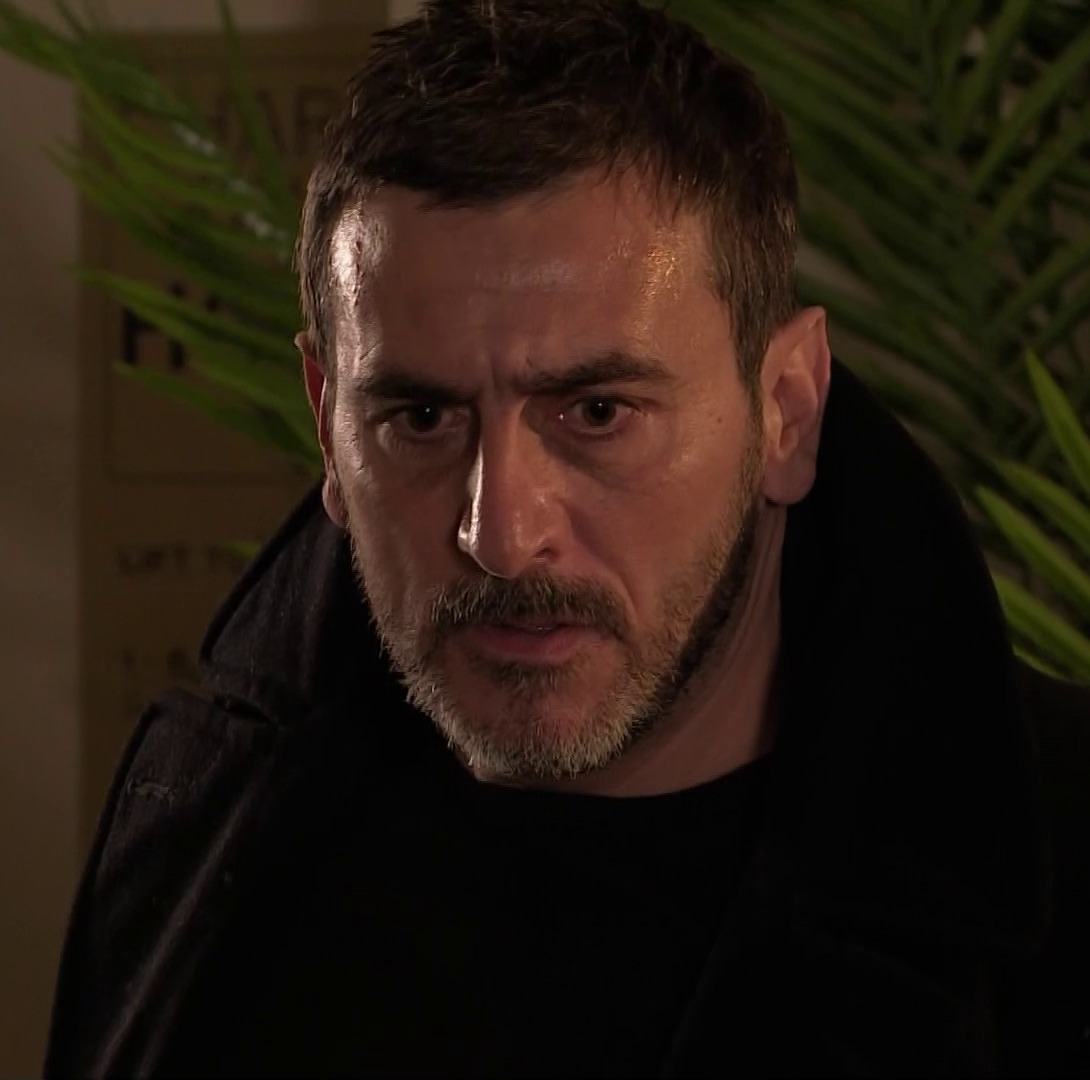 Peter was branded a ‘rat’ by viewers after battering poor Ken 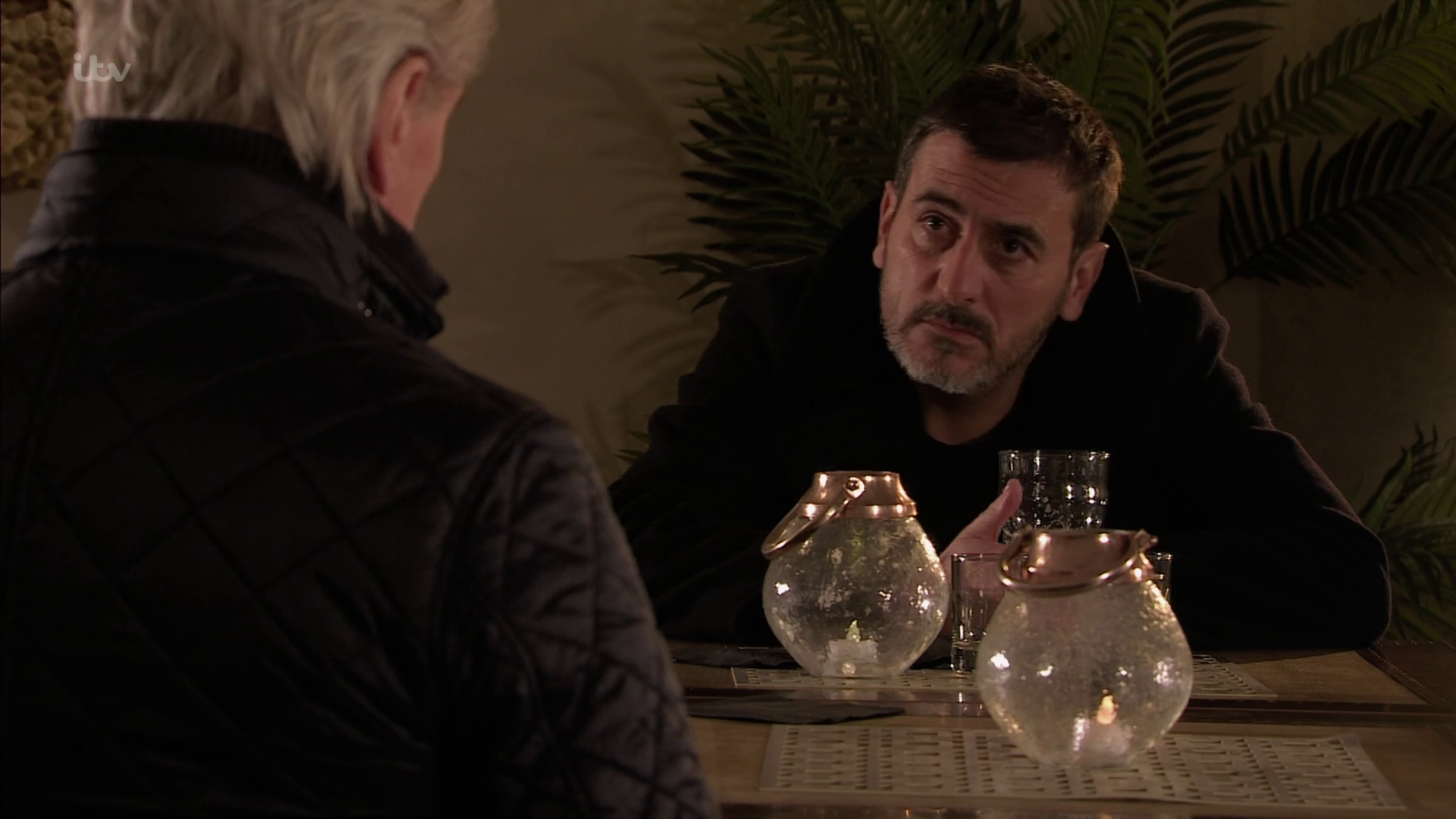 Viewers at home were stunned as the show’s longest-serving character was shown sprawled on the floor with blood pouring from his nose.

One gasped: “So shocked when I saw this, poor Ken! What a rat Peter is!”

One fan wrote sarcastically: “Excellent tactic from Peter there. Punching your 81 Yr old dad will get you all the sympathy points.”

Others reckoned the Corrie veteran should have put up more of a fight before hitting the deck. Referring to Wednesday’s UFC bout, one joked: “Ken went down as quick as Connor McGregor.”