An Antiques Roadshow expert was left gobsmacked when a couple revealed they’d scraped off a rare James Bond movie poster off a wall with a knife.

Wayne Colquhoun was presented with an original 007 poster for the 1962 film Dr. No in last night’s episode, which also saw two necklaces valued at £23,000, and was stunned when the owners shared how they came across it.

Marvelling at the treasure, Wayne explained to viewers: ‘Here we have an original quad poster – Dr. No the first James Bond film starring Sean Connery and we can see here hiding in the shadows is Dr. No, written by Ian Fleming.’

He then asked the couple: ‘Where did you get the poster from?’

One of the guests replied: ‘My wife and I scraped it from the cellar wall of my grandmother’s house up in Windermere.’

A shocked Wayne responded: ‘You scraped it?’ 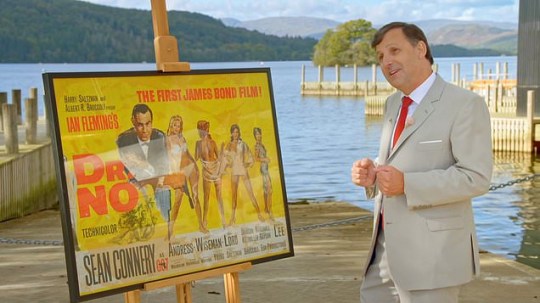 Wayne Colquhoun was shocked at how the couple obtained the poster (Picture: BBC) 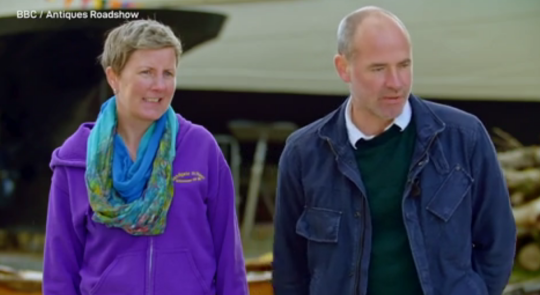 The couple scraped the poster off a wall with knives (Picture: BBC)

‘We scraped it with wallpaper knives, this is one of 30 or 40 movie posters,’ the guest said.

Wayne then pointed out that their method of getting the poster off the wall had led to them damaging the collector’s item.

‘So you scraped it off with a scraper, you can see there are a few marks where you’ve done that,’ he told them. 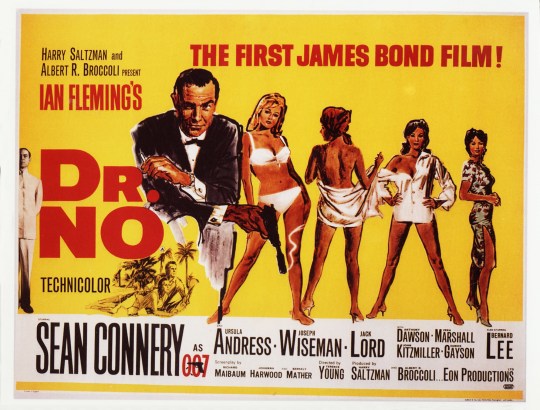 ‘And I think in this rather worn condition being scraped off the wall it would have an audition guide price of £5,000 to £6,000.’

Despite the shade, the couple was delighted with their valuation.

‘I think give it another 10 years it might increase a bit more,’ they exclaimed to the camera.

‘It would be worth keeping, I think.’

Antiques Roadshow continues on Sunday at 8pm on BBC One.