As Europeans living in the UK, we know the struggle for citizenship 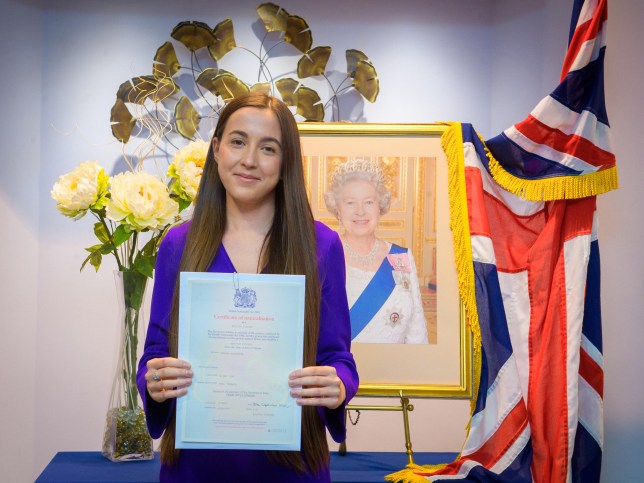 When Alexandra (pictured) got citizenship and Lara didn’t, we both felt confused and disappointed (Picture: Dr Alexandra Bulat)

Staring at the page in disbelief, Lara was devastated to learn that not only was she unable to apply for British citizenship like she’d thought she could, but that she would have to wait a decade in order to do so.

She’d been looking forward to this for years, and she felt like her bubble had been burst when the opportunity was taken away.

Despite securing her settled status in the UK in July 2019, which guaranteed her right to remain – to finish her degree, work, and live here, Lara still needed proof of Comprehensive Sickness Insurance (CSI) to complete the application for citizenship.

If you do not know what CSI is, don’t fret. Many migrants who should have had it don’t know about it either. In short, it is health insurance that EU students and self-sufficient residents were required to have to be considered as lawfully resident in the UK, before EU nationals were covered by the new EU Settlement Scheme.

Meanwhile, Alexandra had already successfully applied for citizenship and did not have CSI during the time she was a student.

We – Lara and Alexandra – are co-chairs of the Young Europeans Network, the youth wing of the3million, which campaigns for the rights of EU citizens to be protected in the UK, and have had similar experiences since arriving in the UK.

So when Alexandra got citizenship and Lara didn’t, we both felt confused and disappointed.

We came to learn that Alexandra was able to work part-time alongside her studies, which excused her from the need to have CSI for the purpose of her citizenship application. Lara, however, was not able to work while studying for her degree during term-time, simply because her university highly discouraged students from doing so.

The situation now is that, despite sharing almost everything in common, one of us has citizenship while the other is left waiting. In our mind, it makes no sense. We would like to see the path to citizenship become more accessible, with its unaffordable cost reduced, and obscure and unexpected obstacles currently in the way removed.

Lara grew up in Brazil with dual Brazilian-Italian citizenship, and Alexandra was born in Romania. 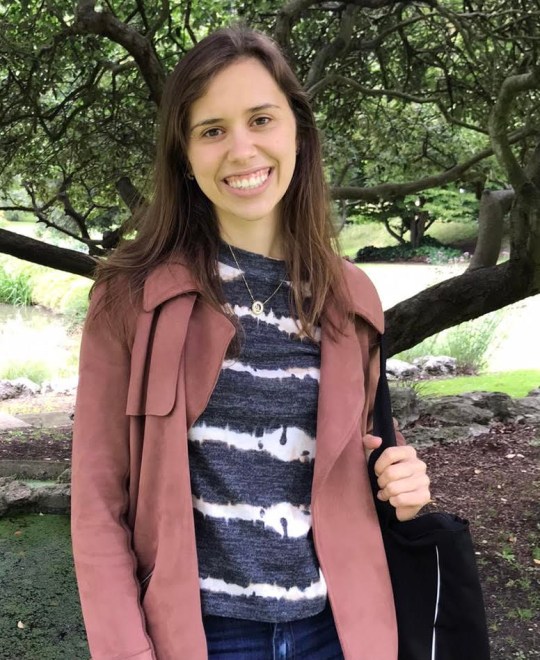 For citizenship applications, however, CSI is still needed, which is why Lara (pictured) has to wait.(Picture: Lara Parizotto)

We both spent a few short years in the UK growing up after our parents found work here, and longed to return to the UK one day.

We arrived in our late teenage years with European passports that opened many doors, thanks to freedom of movement rights that allowed us to work and study with few barriers. They gave us wonderful opportunities, which we were keen to take advantage of.

We went on to study at the University of Cambridge. Alexandra arrived in Cambridge in 2015 for a master’s degree, after graduating from Sussex University. Lara completed her first degree and graduated in 2020.

Since arriving in the UK, we’ve both worked in a range of low-paid jobs, including cleaning, waitressing, babysitting, admin work and others. Now, we work in areas we are passionate about, involving research, campaigns and public service.

But despite our common stories, just one of us has been granted UK citizenship.

In our experience, if you ask most EU students and self-sufficient people in the UK, they will tell you no one – not their GPs, universities, nor any other public authority – informed them about the CSI requirement. That is precisely the problem: it is like going for an exam without knowing the marking criteria.

The CSI came to light after the Brexit referendum required that virtually every EU citizen move fast to secure their rights in the UK, by applying for the old Permanent Residence status.

When Lara started reading the Permanent Residence application on the government’s website in 2017, the CSI requirement appeared in front of her for the first time ever.

In the face of so many issues with the old Permanent Residence system, Theresa May’s government dropped the CSI requirement for the new and current EU Settlement Scheme, which EU nationals already residing in the UK must apply for to secure their rights in the UK.

For citizenship applications, however, CSI is still needed, which is why Lara has to wait.

CSI is not the only barrier immigrants face in their path to citizenship. The main challenge, especially for young people like us, is the naturalisation application fee. EU nationals must pay a minimum of £1,330 just to apply. The cost for non-EU nationals can add up to more than £10,000, taking into account expensive visas and NHS surcharges.

If the cost itself does not shock you, the fact that it only costs the Home Office less than £400 to process an application should. UK citizenship is much more expensive than in comparable countries. The minimum cost of citizenship for adults ranges from being free in Luxembourg to about £820 in the Netherlands.

Citizenship isn’t something most young people pay attention to growing up. Living in a different country than the one you were born in, however, can change that.

We did not always intend to become British citizens.

Lara moved to the UK at age 17. At the time, she was just concerned with starting university and getting a degree. She did not know what or where she would be afterwards.

However, after so many years here, the UK became more like home than the country she was born in. Her work, closest friends, and relatives are now here. Lara is more knowledgeable about and engaged with politics in the UK than she ever was in Brazil.

Lara has also volunteered so many hours for causes in her local community in the UK, such as setting up and running the mutual aid group in Cambridge during the pandemic. To her, it only feels right to have a citizenship that reflects this life she has built.

Alexandra, similarly, has built her life in the UK after living here for more than eight years. Her studies, work, partner, and closest friends are in the UK. Neither of us can even imagine a life outside this country anymore.

With settled status, Lara’s right to work and reside in the UK won’t change. However, she wants to become a British citizen as citizenship is more than just about the right to stay in a country

With regards to our future in the UK, the biggest tangible change is that Alexandra will be able to vote in general elections as a British citizen while Lara won’t. While this may not seem to be the most important issue to most, it matters to us.

Being excluded from the right to vote starts to subtly send a message of ‘you don’t belong here’.

With settled status, Lara’s right to work and reside in the UK won’t change. However, she wants to become a British citizen as citizenship is more than just about the right to stay in a country.

We believe in a fairer system where citizenship is promoted to improve integration and further people’s rights, as well as their obligations.

It wasn’t until we moved to the UK that the idea of citizenship began to really matter. In the UK, even the most mundane task can be challenging for non-UK citizens. We had to prove our immigration status and entitlement to the EU’s freedom of movement just to get simple things done – work, go to university, rent rooms and visit our GPs.

For instance, an EU passport was scanned for every ‘right to work’ check –  this will change after 20 June 2021 (the EU Settlement Scheme deadline), when EU citizens will have to prove a digital pre-settled or settled status.

It is easy to take citizenship for granted as we once did. But when we think of our lives before, we can’t pretend not to miss that sense of deep civic belonging – of not having to continually prove our entitlement to important services – that only comes with citizenship.

As colleagues, we equally contribute to the UK. We both call the UK our home and plan to stay. Why, then, should access to citizenship be available for one, but not the other?