A GRAN who has been married three times, has described sex with her Tunisian fiance as “wonderful” but he has no idea she’s not divorced yet.

Rebecca Parrott, 47, from Canton, Georgia, is applying for the K1 visa for 27-year-old Zied Hakimi so that he can join her in the United States. 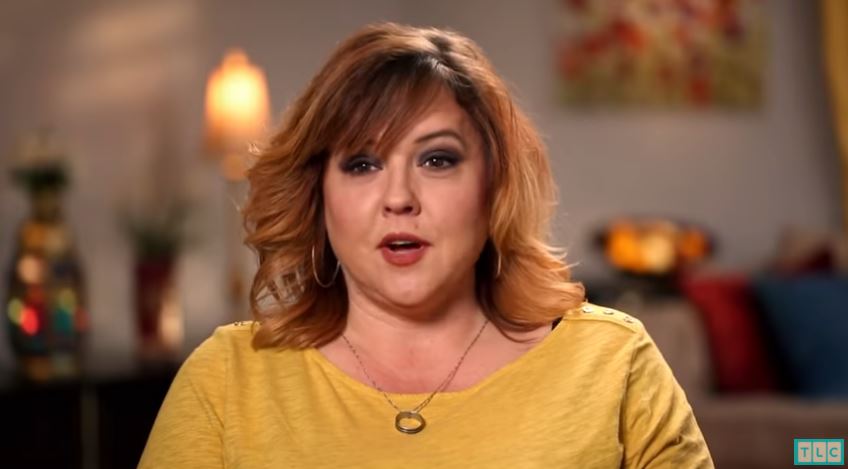 If their application is successful the K1 visa, often referred to as the fiance visa, will allow Zied to enter the US, but in order to stay he must marry Rebecca within 90 days.

After months of chatting online and with Zied unable to visit America, private investigator Rebecca flies to his native Tunisia to meet her toyboy.

After Zied meets Rebecca at the airport, wearing a t-shirt plastered with her face, the couple head back to their hotel for some alone time.

“Tonight I am nervous for sex with Rebecca because she is 20 years older than me and she is a grandmother,” Zied confesses, and he isn’t the only one feeling nervous. 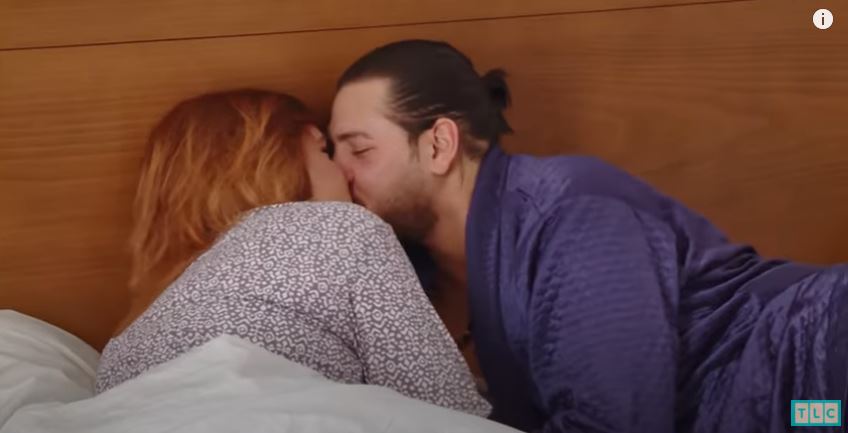 After flying to Tunisia the 47-year-old gran enjoys a night of passion with her fianceCredit: TLC 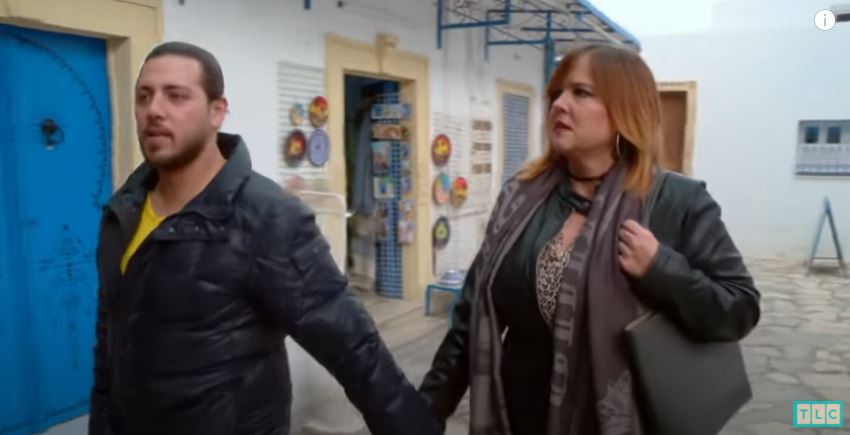 Zied admitted being nervous to sleep with Rebecca who is 20 years his seniorCredit: TLC

Rebecca says: “It has been almost a year since I had sex. It has not been my intention to go this long without sex.

“Especially having this sexy man waiting for me. I am of course nervous.”

But the couple had no reason to be worried, with Rebecca describing their first night together as “amazing.”

She says: “He is romantic and passionate, really everything you could want in a man. He and I just seem to be so comfortable together and I love that.” 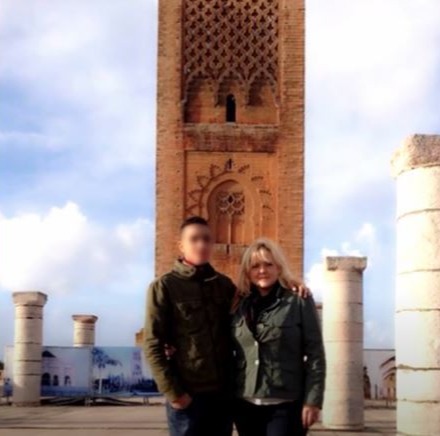 However, Rebecca is yet to inform Zied that she is still married to her former Morrocan toyboyCredit: TLC 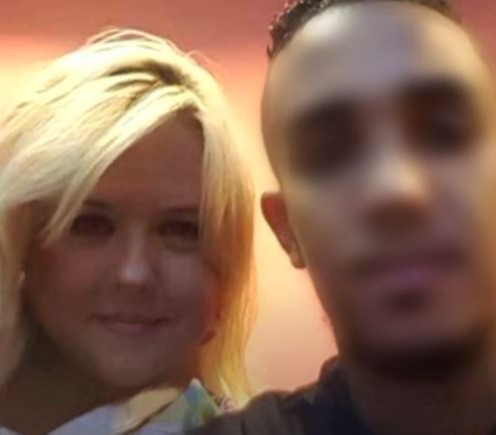 She brought her ex to the US on a spousal visa but he became “jealous” and the pair splitCredit: TLC

During their first day together the couple visit the Medina, where they explore local shops with Rebecca admitting she’s finding it difficult to keep her hands off her new man.

“It’s a very strict culture, and it’s hard not to kiss him every 15 seconds” she says.

But while sparks appear to be flying, Rebecca is hiding a huge secret from Zied. 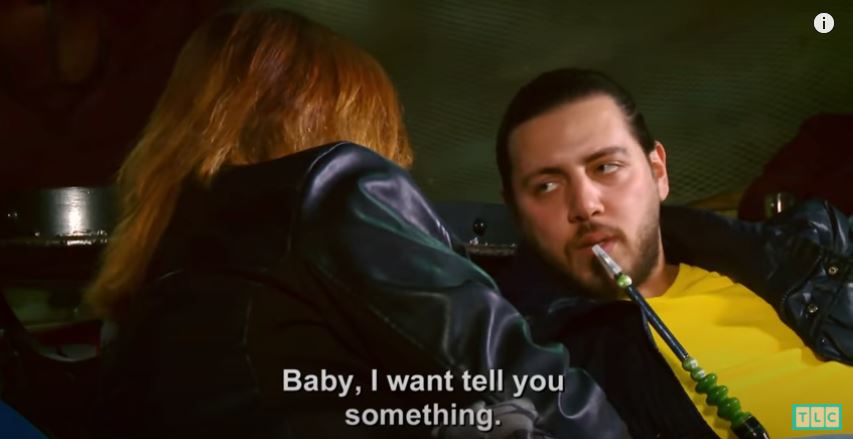 With the strict religious culture Rebecca is nervous to tell Zied he slept with a married womanCredit: TLC

The three-times married gran, is yet to admit that she is still legally wed to her former Moroccan toyboy who was brought to America on a spousal visa.

Rebecca described her two husbands as “average, run-of-the-mill American men” and her third became a disaster after he became “jealous” after moving to the US.

And with Zied admitting to being a ‘jealous’ person, Rebecca is understandably nervous about her confession.

“I’m still keeping a huge secret from Zied. I haven’t told him that I’m still married,” she admits. 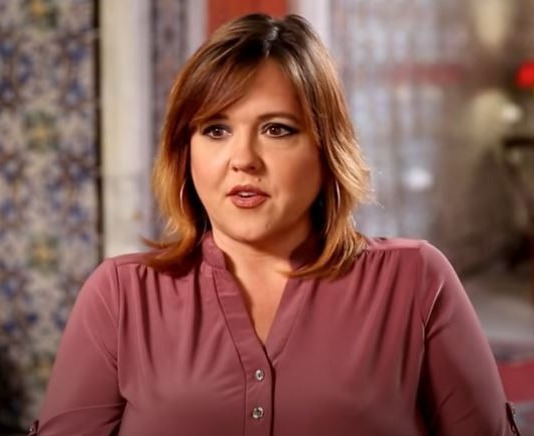 Rebecca admits that she is still waiting for the right time to tell Zied the truthCredit: TLC

“I just filed for divorce right before my trip here.

“I don’t think Zied would like it very much to realise that he just had sex with a married woman.

“I just know I have to find the right time and do it soon.”

You can catch up on 90 Day Fiance at Discovery+

In other real life news, this 45-year-old woman is trying for a baby with her Egyptian toyboy after her last one dumped her.

And this woman had “mind-blowing” sex with her toyboy before he dumped her for being too old.

Plus this gran, 86, separated from her Egyptian toyboy says “you are in my heart forever.”

Tesco worker who dumped husband for toyboy left devastated after he pockets £1.5k of her cash