A SAVVY couple built their daughters an incredible Wendy House wardrobe from scratch – and it’s made their kids never want to leave their room.

Mum Jaime Craven, from Lichfield, decided to embark on a ‘lockdown 3.0 project’, so got her husband on the job. 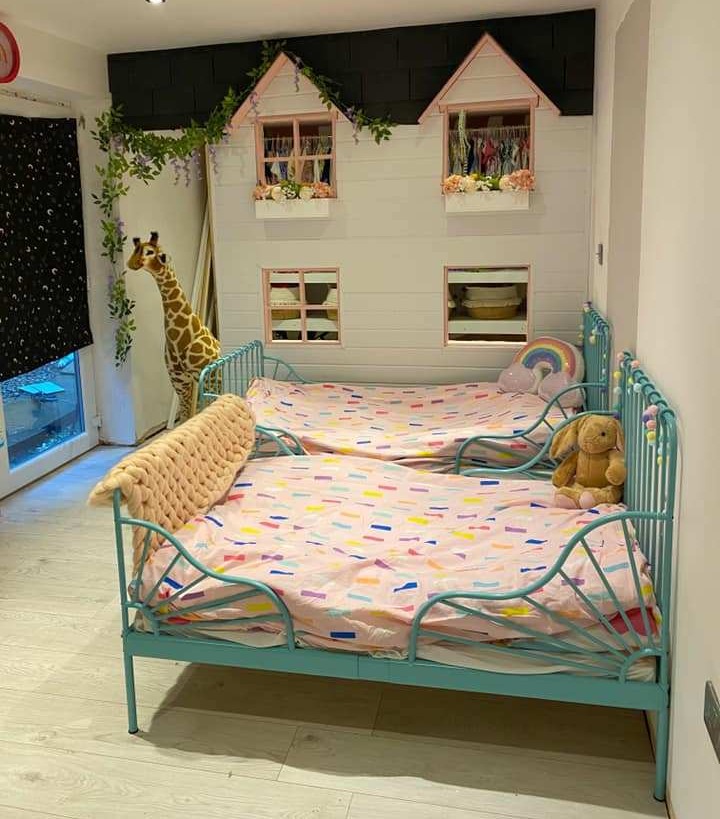 The couple created an incredible Wendy House façade for their girls’ wardrobe Credit: Facebook / DIY On A Budget Official

The dad knocked up the magical façade for just £180, which features a roof and windows, and shared a video of his project to TikTok.

Jaime said: “My husband wanted a way to hide their wardrobe, so he built this wonderful life-size Wendy house. He managed to build it for just £180.

The pair also shared their amazing dressing area to Facebook, saying: “We’ve had to make the difficult decision not to proceed with our planned extension with the way things are. 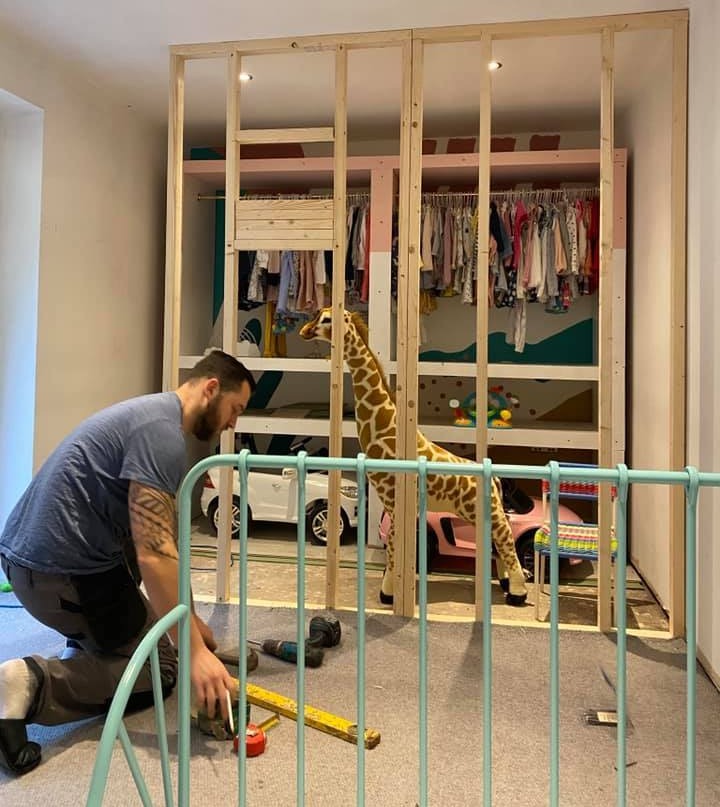 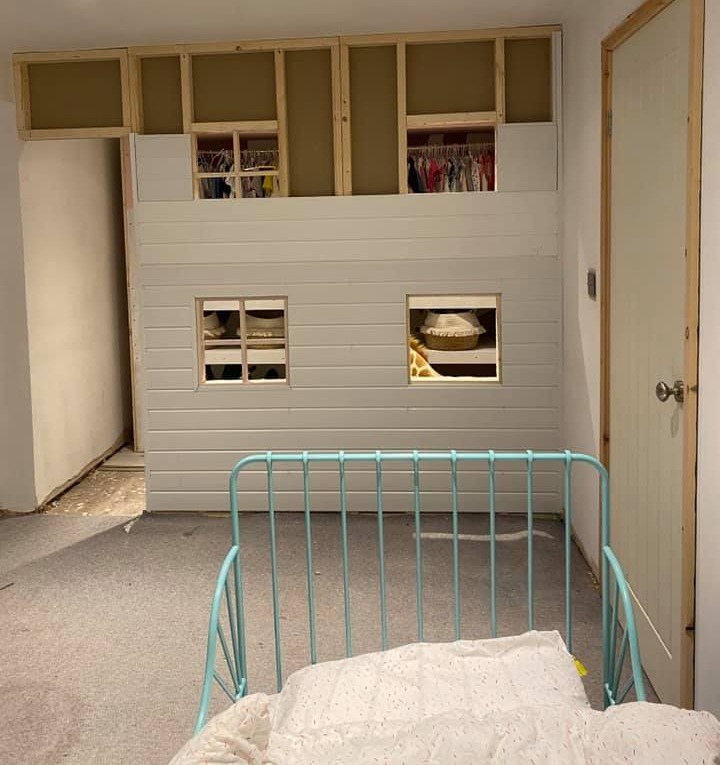 The parents had to move their kids’ room after their extension got scrapped Credit: Facebook / DIY On A Budget Official

“Therefore we needed more living space meaning we had to move our children out of their lovely room and into another to make way for a kitchen.

“I felt awful because they adored their room. So we’ve put extra effort into decorating their new room and my husband came up with a way to hide all their clothes and add a cool feature!

“Here we are! The girls’ wardrobe / house wall. It’s safe to say they’re not bothered about their old room anymore.” 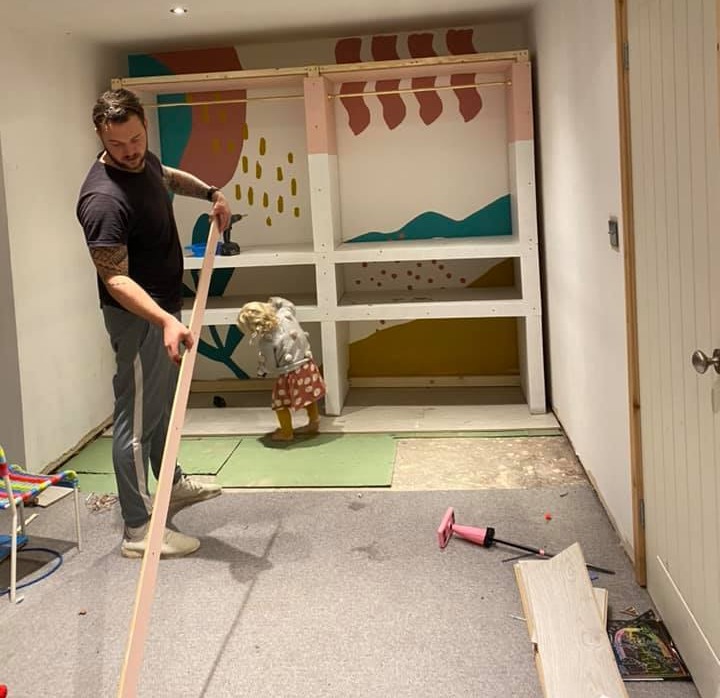 So to make the room inviting they made the magical wardrobe from scratchCredit: Facebook / DIY On A Budget Official 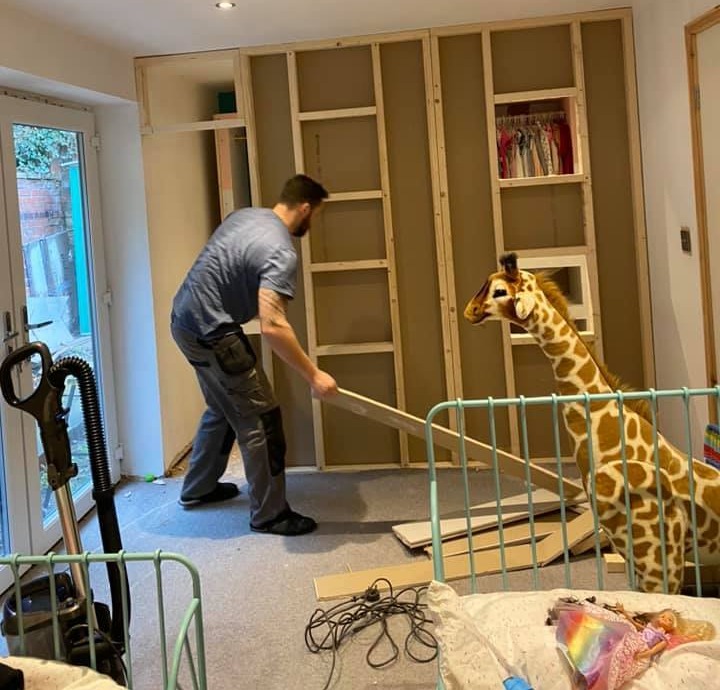 Jaime reckons they only spent about £180 on the entire project Credit: Facebook / DIY On A Budget Official

The project has racked up thousands of likes and comments, as people praised the couple’s idea.

Commenting online, one person said: “I want one and I’m 26.”

Someone else wrote: “So clever. Love it!” 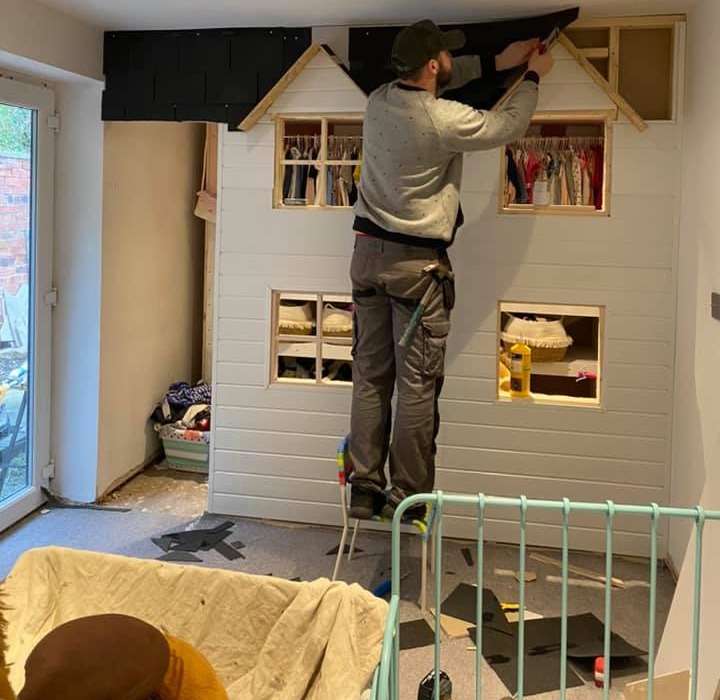 Their kids are over the moon with the design, and never want to leave their roomCredit: Facebook / DIY On A Budget Official 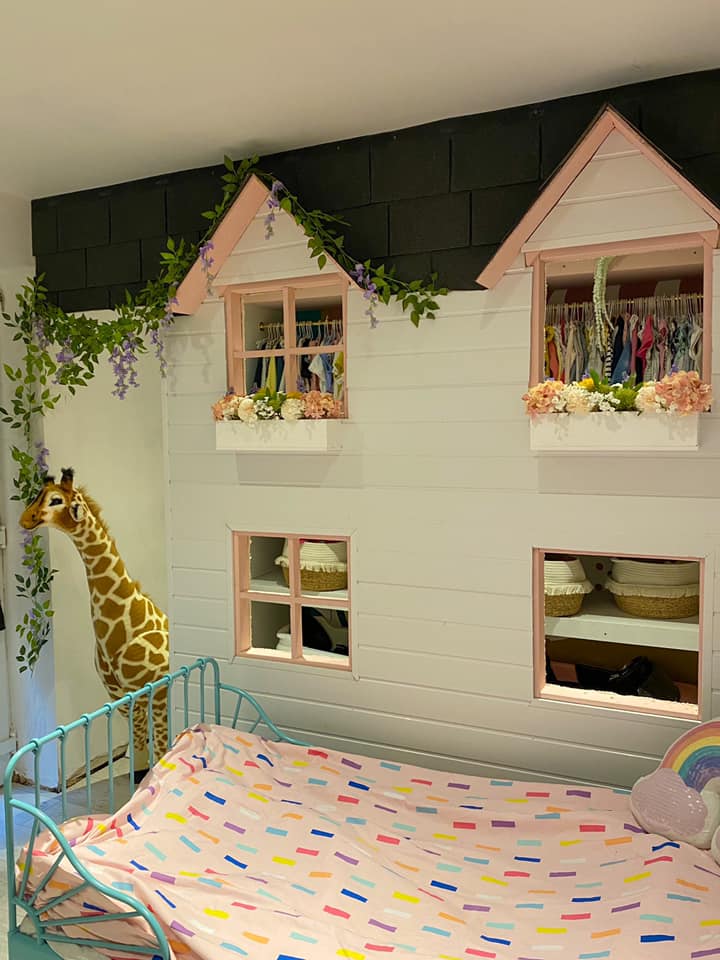 The adorable Wendy House features windows and even a roof and window basketsCredit: Facebook / DIY On A Budget Official

A third commented: “Stunning, stunning how creative is your husband. Lucky you, lucky girls.”

While another added: “Awesome you didn’t a wise thing and turned [it] into something beautiful.”

Thousands of people watched the clip and commented on the project, praising the pair Credit: Facebook / DIY On A Budget Official

And these are the six DIY and home renovation YouTube channels YOU should follow to transform your pad and boost its value.

While this bloke revealed how he bought five houses in the UK by age 28.

Plus these are the 10-minute lockdown DIY jobs that’ll add £20k to your home.

The six DIY and home renovation YouTube channels to watch