BRITS bored, stressed and jobless in lockdown have fuelled a boom in cannabis use — raising fears of a mental health timebomb.

Huge demand has led county lines gangs to flood regions with the drug. 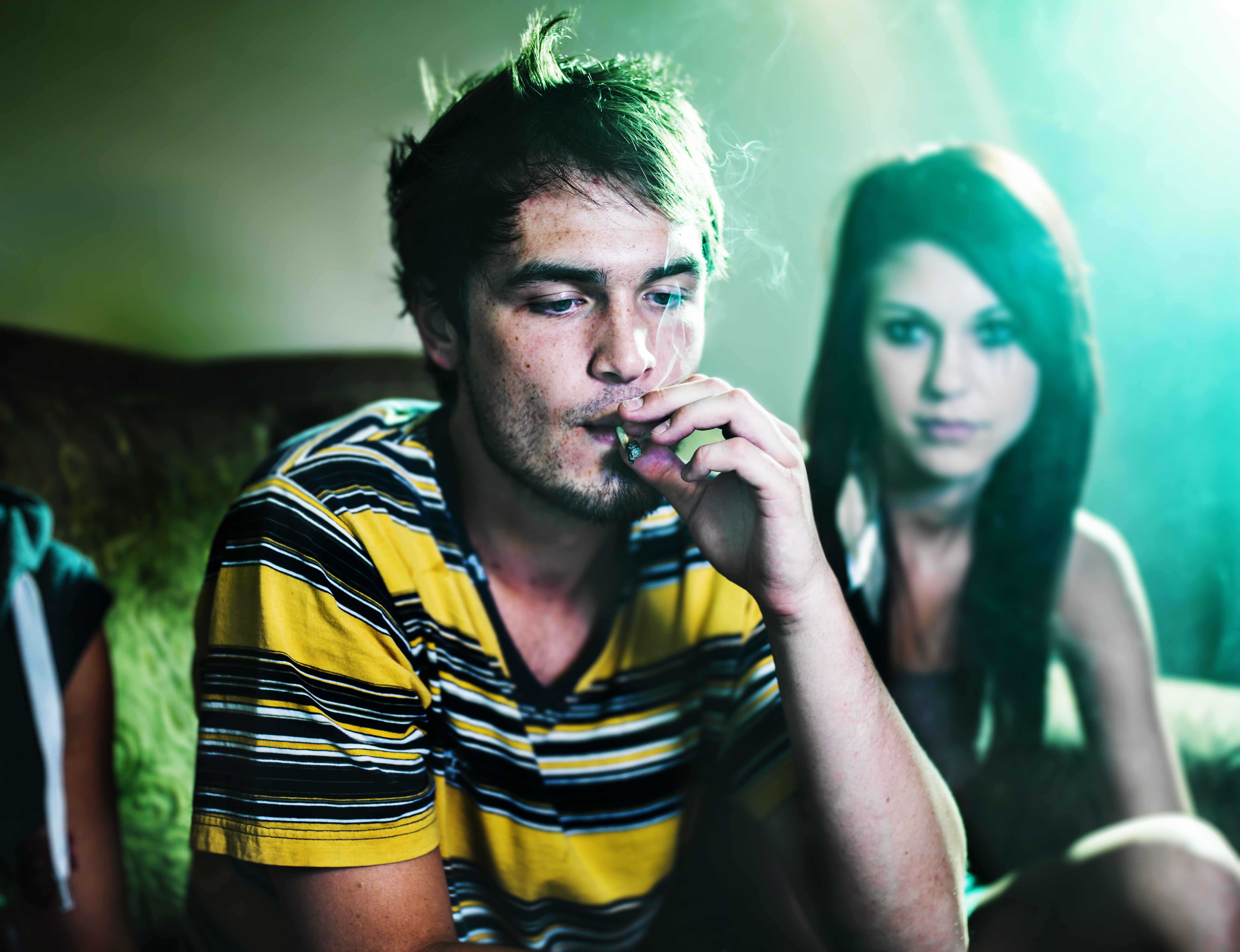 Campaigners are especially worried about the drug’s long-term impact on teenagersCredit: Shutterstock

Buyers are people missing the buzz of social contact, or self-medicating to relieve anxiety.

Cannabis has become cheap and plentiful as pub and club closures mean less demand for party drugs such as cocaine and ecstasy.

Those caught dealing, growing or in possession know the punishments are less severe.

Advice service Release surveyed adult users and found seven out of 10 transactions since the pandemic started have been for cannabis.

Buyers admitted using the drug more. Police have seen a 28 per cent rise in possession offences.

Campaigners are especially worried about the drug’s long-term impact on teenagers — exploited at a speed never seen before.

Many who have lost jobs in hospitality are lured by gangs seeking couriers as well as customers.

Studies show smoking cannabis as a teenager may lead to a lower IQ — and risks illnesses such as schizophrenia and depression. 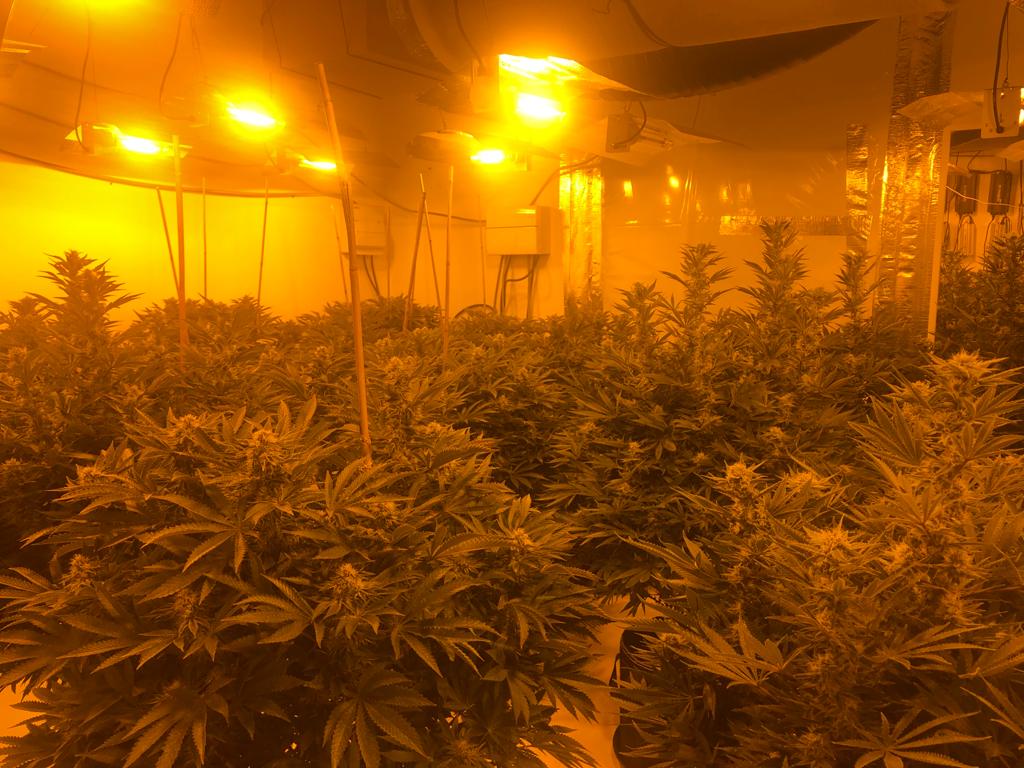 Guns, machetes and trafficked people were found at farms like this one in BromleyCredit: Met Police/Triangle News

Speaking ahead of Children’s Mental Health Awareness week, MP Amanda Solloway warned: “We need to have our eyes open to the possibility that this large cannabis increase could cause a mental health timebomb.

“The use of cannabis, and the idea of ‘self-medication’ that surrounds this, is a huge concern.

“Growing up I had a difficult relationship with my mother who was addicted to alcohol and prescription drugs.

“Because of this I acknowledge just how fine the line can be between using a substance in an attempt to make an existing mental health condition feel better, while at the same time potentially worsening a condition in the long run, or creating new ones.”

Expert Prof Mary Cannon added: “Loss of IQ points early in life could have significant effects on performance in school and college and later work prospects.”

Dr Mohammed Qasim, of the London School of Economics, said gangs are exploiting under 20s “at a speed never seen before”.

Some 16-year-olds earn £21,000 a year as couriers. Gangs offer them cars, accommodation, iPhones and PlayStations.

Cannabis is Britain’s most commonly used drug. Around 33 per cent frequently use it morpoe than once a month — compared with 8.7 per cent of cocaine users.

Last year super skunk, a strong form of the drug, led to a record 99,782 people being admitted for NHS treatment. 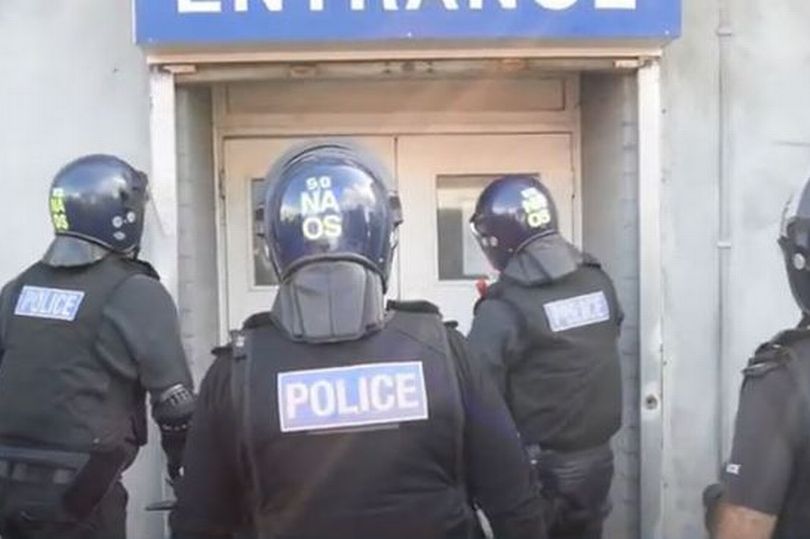 A dealer told how cannabis is ordered on the dark web then shipped from California to the likes of Manchester and Liverpool.

They said: “I’ve had loads of new buyers who need something to replace the hit off booze. Forget Dry January, this is high January.”

Police and Crime Commissioner, Hardyal Dhindsa, the UK lead on alcohol and substance misuse, said the rising demand had been seen in prosperous and neglected areas.

He added: “People used to a buzz or enjoyment in their life will want another now it’s stopped. We are in lockdown. Humans are social animals. “All of this is going to lead to people being more likely to consume cannabis.”

A Midlands officer said last year’s raids on encrypted messaging service Encrochat had made cocaine and ecstasy dealing harder but cannabis was still easy to sell and can be grown at home.

They added: “People are less well-off. Cannabis is considerably cheaper. The penalties are also not as severe.”

People used to a buzz or enjoyment in their life will want another now it’s stopped.

David Raynes, of the National Drug Prevention Alliance, admitted: “We have had mixed messages from Chief Constables about punishment which has undermined the message that cannabis is extremely harmful.

“There’s been a virtual decriminisation — a feeling that if you get caught you won’t get punished.”

“Our tactics are already showing some success, with a 13 per cent increase (in the year to March 2020) in the overall amount of cannabis seized.”

Guns, machetes and trafficked people were found at farms. 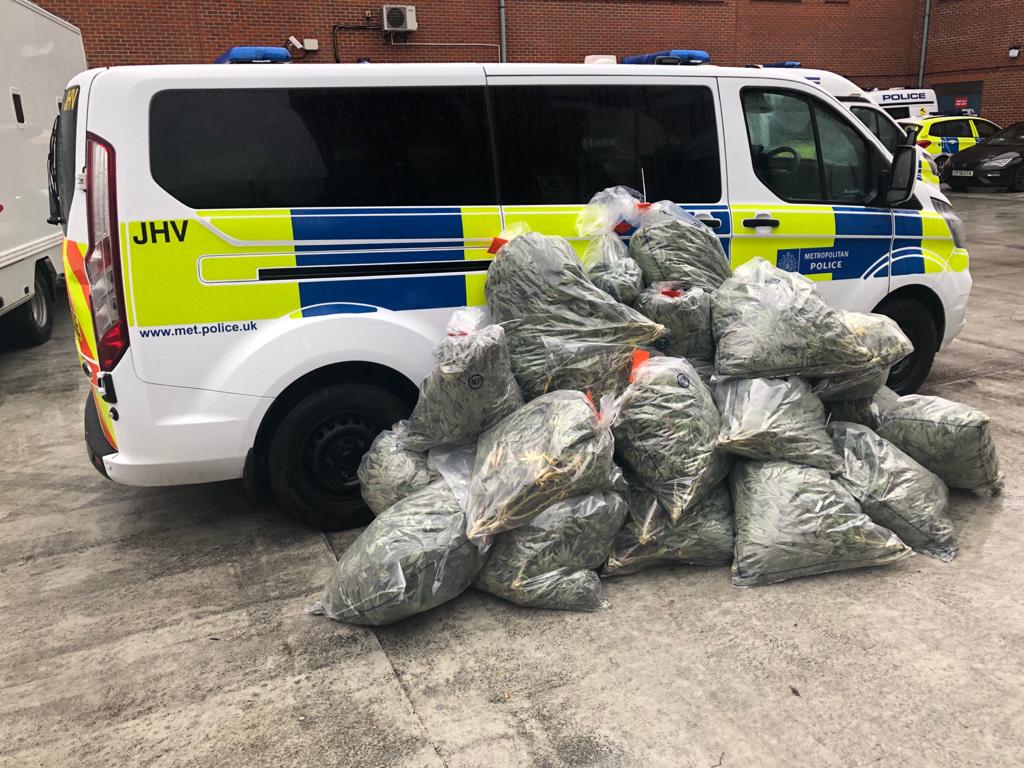 A cannabis farm with crops worth £100,000 was raided by cops in a major crackdown on drug dealers in Bromley, south LondonCredit: Met Police/Triangle News

I believed pals were killing me

ADMIN Assistant Emma Barnes (not her real name), 22, from Edinburgh, suffered psychosis from smoking cannabis as a teen.

She said: “At 14, I thought I’d be branded a loser if I didn’t join my friends in smoking a joint.

“Initially it relaxed me and my anxiety disappeared.

“Everyone told me it was harmless fun. But after a year I realised I couldn’t sleep properly or feel confident without a spliff.

“In 2014 two of my friends invited me to nearby woods for a smoke. I was gripped by anxiety and fear.

“Every drag I took convinced me my friends were going to murder me.

“I later realised I’d had a psychotic episode caused by cannabis use.”

Mike Hall, manager of the drug unit, told The Sun: “Anyone who claims ‘It’s just a bit of weed, haven’t police got better things to do?’ is being very naïve. These are criminal enterprises run by serious crime groups.”

Last night a Government spokesman said: “We are committed to supporting the mental health and wellbeing of children and young people in this pandemic.

“We are also working to prevent drug misuse in our communities and help people through treatment and recovery, while continuing to increase funding and expand vital mental health services.”

Spliffs not a solution

THE pandemic has raised fears about young people’s mental health — and spliffs are certainly not the answer.

Evidence suggests cannabis can have permanent effects on the brain.
It can trigger anxiety, paranoia and even hallucinations.

High-strength skunk can also raise the risk of psychotic illnesses, especially for those who start in their teens.

Families should be aware of the dangers.