Last chance to get £500 interest-free overdraft with Halifax, Lloyds and Bank of Scotland

STRUGGLING customers with Halifax, Lloyds and Bank of Scotland have just days left to apply for an up to £500 interest-free overdraft.

The support was first announced by the Financial Conduct Authority (FCA) in April to help households during the coronavirus crisis. 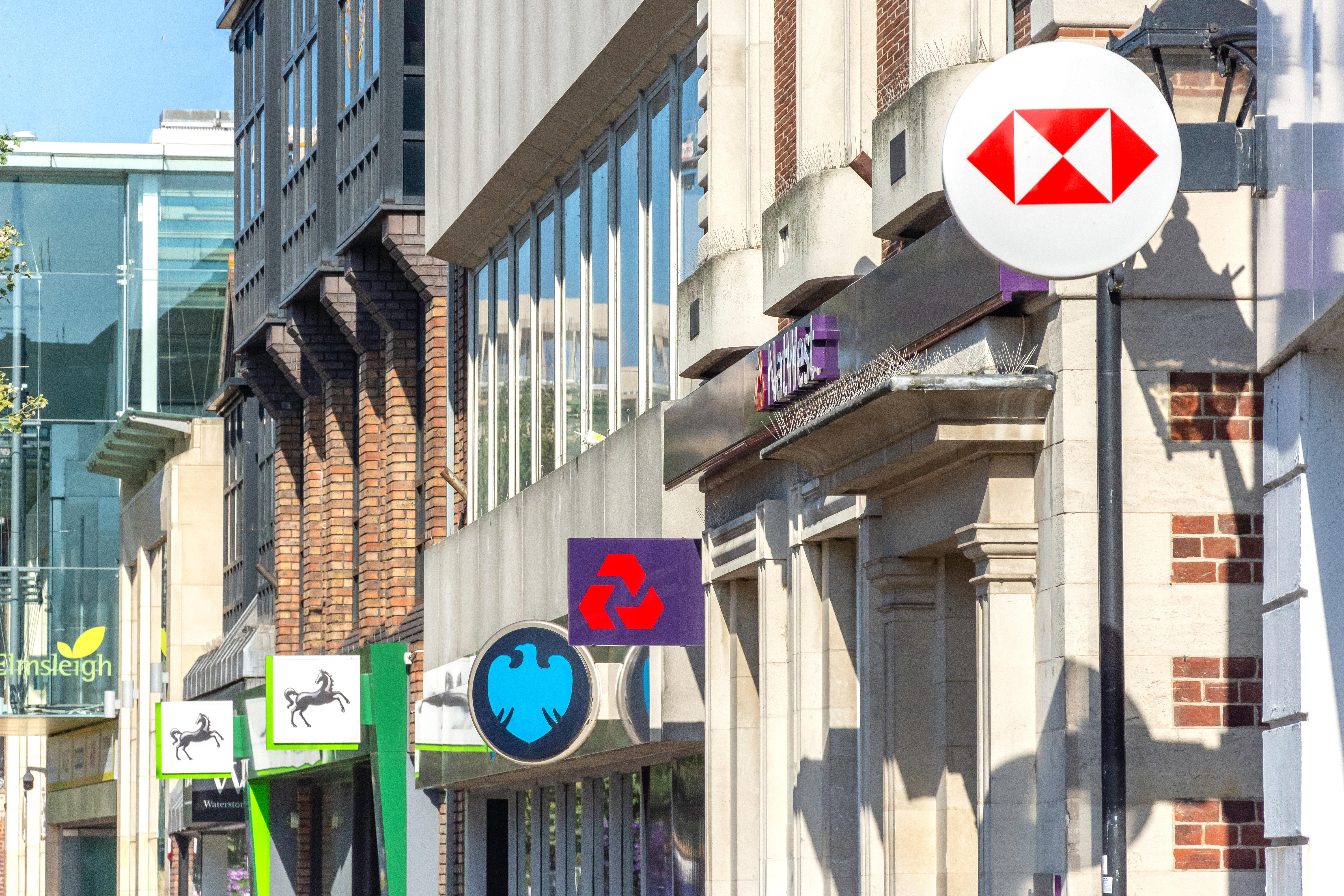 Customers with Halifax, Lloyds and Bank of Scotland have just days left to apply for an up to £500 interest-free overdraftCredit: Alamy

The temporary three-month support was then extended by the financial regulator for another three months from June.

Since then, plenty of banks have extended it again, including Bank of Scotland, Halifax, Lloyd’s Bank, NatWest, RBS and Santander.

The deadline to apply for the support at Bank of Scotland, Halifax and Lloyd’s Bank, all part of Lloyds Banking Group, is this Sunday, January 31.

Meanwhile, NatWest and RBS customers have to apply by March 31, while Santander’s cut-off point is on May 4.

How to cut overdraft costs

THERE are a few ways to cut overdraft costs, and which suits you will depend on your situation.

Spend less each month: Do a proper budget and have a look at what you’re spending on.

Could you cut your weekly takeaway, or go down a brand at the supermarket?

Or, are you paying too much on your bills – if you haven’t switched energy, insurance and broadband recently, then it’s likely you could save £100s or even £1,000s over a year.

Move your bills: Moving bill payment dates can be risky if you’re not disciplined, but if you move them to just before payday rather than just after, many will be in credit (or less in the red) for less of the month.

This means you’re charged less for the overdraft.

Move bank account to a cheaper overdraft: If you are in your overdraft you can still switch accounts.

But your new bank will likely want to see your last three to six month statements to ensure you to have kept within your agreed overdraft limit during that time.

One option is to get a no-fee account and then use the savings to pay off your debt, if you manage to switch accounts.

Shift your overdraft to a money transfer card or loan: If you’re still struggling to get out of debt, you can consider getting a money transfer credit card to help you pay it off – but keep in mind you’ll pay a fee to shift the debt.

It is similar to a balance transfer card, but instead of switching a balance from one card to another, the money is transferred to your bank account so you can use it to clear your expensive overdraft.

If your overdraft is £1,000 or more then it may be worth considering taking out a personal loan instead that charges a lower rate than your overdraft fees.

You can then choose to clear the debt over 12 months in instalments.

If you do decide to go down this route, make sure that you cancel your overdraft limit on your current account as you don’t want the temptation of being able to dip into your overdraft at the same time.

Also keep in mind that lenders are only required to give the marketed top rates to 51% of applicants, so you’re not guaranteed to get it.

Plus be careful when applying for credit as multiple applications make you look desperate to lenders and you could end up damaging your credit score.

You can compare money transfer card and loans on comparison sites such as GoCompare, Moneyfacts and MoneySupermarket.

In comparison, HSBC customers can no longer get the specific support as the option to apply was withdrawn on October 31.

Meanwhile, Nationwide customers could previously get an interest-free holiday on their whole overdraft, not just the first £500.

The facility to apply was withdrawn on November 2, but households are being encouraged to get in touch if they’re still struggling.

The Sun has also asked Barclays and TSB whether they’re still offering the support, and we’ll update this article once we hear back.

The overdraft could come in handy if you’re strapped for cash, but keep in mind most banks require you to be financially impacted by Covid to get it.

Some will also reject applications if you’ve already had six months’ of help.

If you do apply, remember you’ll start paying interest on the balance again once the interest-free period is up.

How to apply for the £500 interest-free overdraft

We explain how to apply for the temporary interest-free overdraft below.

If you’re not eligible, it’s still worth contacting your bank and ask for help.

As of November, lenders are required to give customers tailored help depending on their individual circumstances.

Customers with Bank of Scotland, Halifax and Lloyd’s Bank can ask for a three-month period of up to £500 interest-free on their arranged overdraft.

To get it, you need to apply on or before January 31.

If you have previously received the support, you can apply again.

However, if you’re currently receiving the support, you must wait until the interest-free period ends before you can do so.

You can apply on the Bank of Scotland, Halifax and Lloyd’s Bank websites by filling in an online form.

If you haven’t already had two three-month periods of an interest-free buffer, you have until March 31 to apply with both NatWest and RBS.

This is because NatWest and RBS both automatically extended the support for a further three months, meaning you’ve already had six months’ of help.

To apply, you can fill in an online form on the NatWest and RBS websites.

If successful, the banks will also reduce the interest rate on any overdraft above the interest-free amount for the same period.

The interest-free overdraft is available on a wide range of Santander accounts, including its 123 current account, 123 Lite, Everyday, Choice, Zero, the Over 18 Cash Card as well as the Further Education account.

For Select and Private current accounts, the first £500 of your arranged overdraft is already interest-free.

You can get up to £500 interest-free on your arranged overdraft, which will depend on your agreed limit.

If you use more than £500 of your arranged overdraft, Santander will charge a discounted interest rate of 19.90% if your usual rate is higher.

You can apply for the support until May 4, 2021, by completing its online form.

Just keep in mind you can only request the temporary overdraft support once.

Will the interest-free overdraft affect my credit score?

This means if you take up any of measures due to coronavirus, Experian, Equifax and TransUnion have agreed it won’t be reported as missed payments on your credit file.

But taking out a new overdraft or increasing your existing overdraft limit aren’t covered.

This means this information is likely to be passed onto credit reference agencies as usual.

However, consumer expert at Experian, James Jones, has pointed out that one application alone shouldn’t impact your score – but be careful of making multiple applications in a short time frame.

He added that increasing the limit on your overdraft shouldn’t affect your score, but it will if you start using it as this means your borrowing has risen.

In November, mortgage holidays were extended until July 2021 for struggling households due to the pandemic.

Meanwhile, payment holidays for struggling credit card and personal loan customers have also been extended by up to six months.

We explain six ways to get financial help during lockdown, including furlough and sick pay.