A HEARTBROKEN son has said he is not allowed to visit his dementia-stricken mum in a care home because she has “weeks to live rather than days”.

Ryan Mee was told he could only see his mother, 68-year-old Gillian, when she was in her ‘last days’ in accordance with Public Health Wales guidance. 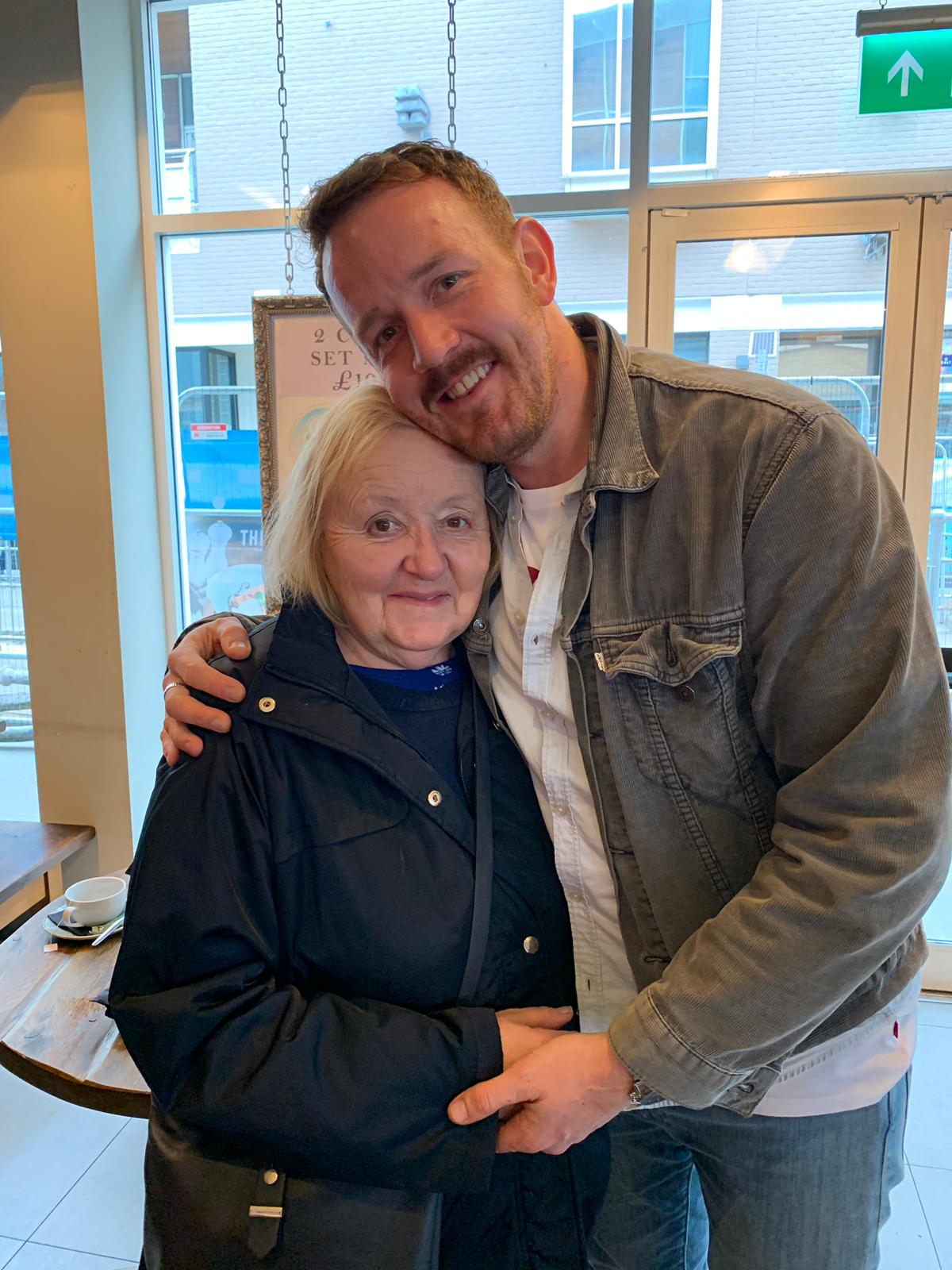 Gillian first moved into a rest home in 2019, some months after her husband Neil was diagnosed with lung cancer and passed awayCredit: Media Wales

Speaking to the Wales Online, Ryan said he was told current rules in Wales only applied to the last days of someone’s life rather than their final weeks.

He and his sister had received a call from the district nurse who visits the care home two weeks ago, he said.

“She said ‘I’d prepare myself because mum’s lost a significant amount of weight,” the 41-year-old said.

“She said we could be talking weeks.”

Gillian’s frontotemporal lobe dementia meant she could no longer communicate, and therefore could not participate in video calls as an alternative.

Ryan said he and his sister had been visiting their mother up until this point, and had tested negative for coronavirus on each occasion, using lateral flow tests at the care home.

Visitors had to dress in aprons and don masks and face shields for the duration of their one-hour visit, he said.

Ryan did not want to name the care home in South Wales, which he said had accommodated the visits, despite them contradicting government rules.

On Monday he took a call from the care home manager saying that his visit wouldn’t go ahead that day, because his mum was not ‘end of life’.

The care home was getting a GP in to assess her, Ryan was told.

‘The GP went in and in their opinion was she’s got weeks, potentially months, rather than days to live and that we’re not allowed to see her.

“I phoned PHW (Public Health Wales) because this is what the care home tells me they have to abide by.

“They said essentially the rules are a general rule which doesn’t help people in our situation but ultimately it doesn’t come down to just exceptional circumstances.”

The opinion held by Public Health Wales was that family shouldn’t see a resident in the care home unless it was the ‘end of their life’ in days.

Government guidelines in Wales state ‘visits in exceptional circumstances such as end of life should continue’.

While close-contact indoor visits were not permitted, visits involving screens, pods and through windows were allowed to go ahead.

The “silly thing”, Ryan said, was that his mum had her vaccination last Saturday.

“My sister has been vaccinated,” he added.

“We go to the home, take a negative test, then we walk outside, up a flight of stairs and directly into her room wearing an apron, a mask and a face shield. “

“Now we have to wait for the GP to say she has days to live and that we’re OK to go and sit with her.”

Gillian Mee first moved into a different care home in 2019, some months after her husband Neil was diagnosed with lung cancer and passed away.

She moved into her current home in July last year, with coronavirus restrictions preventing her family from helping her move.

She has only had a handful of visits from her family since moving in, due to restrictions linked to the pandemic.

Ryan said: “From September we were stopped from seeing her when Rhondda went into local lockdown and basically nothing has happened.

“We weren’t even told we could have outside visits again.”

He said: “Please help me understand why you are treating vulnerable people in care homes with dementia this way and why PHW guidance is able to dictate that with all the precautions and risk assessments in place, we are unable to be with her as she approaches the end of her life?

“I am told by PHW that their guidelines are intended as a general guide and that this is under review on the back of the vaccination programme.

“If we wait for your updated policies and rules then I’m sure it will be too late for my mother.”

“It just seems pretty inhumane given that you’re taking all the precautions and the home itself is happy for us to go in, it’s just policy and bureaucracy that says she doesn’t tick that box, she’s got too long to live.”

A Welsh Government spokesman said “This is a very difficult time for people living in care homes who have not been able to see their families.

“We need to strike a balance between protecting people from coronavirus and promoting their health and well-being through vital contact with loved ones.

“Our guidance on care home visits is clear that while we cases are very high and while we are at alert level four, indoor visits should be supported in exceptional circumstances.

“These include – but are not limited to – end of life. This has been the case throughout the pandemic period. Care homes are asked to consider such requests sensitively and on an individual basis.”