THE Carabao Cup final could see fans welcomed to Wembley Stadium with the EFL targeting pilot events before the coronavirus lockdown ends.

Earlier on Monday, Prime Minster Boris Johnson confirmed turnstiles will be reopened from May 17 after being closed for the second time in December. 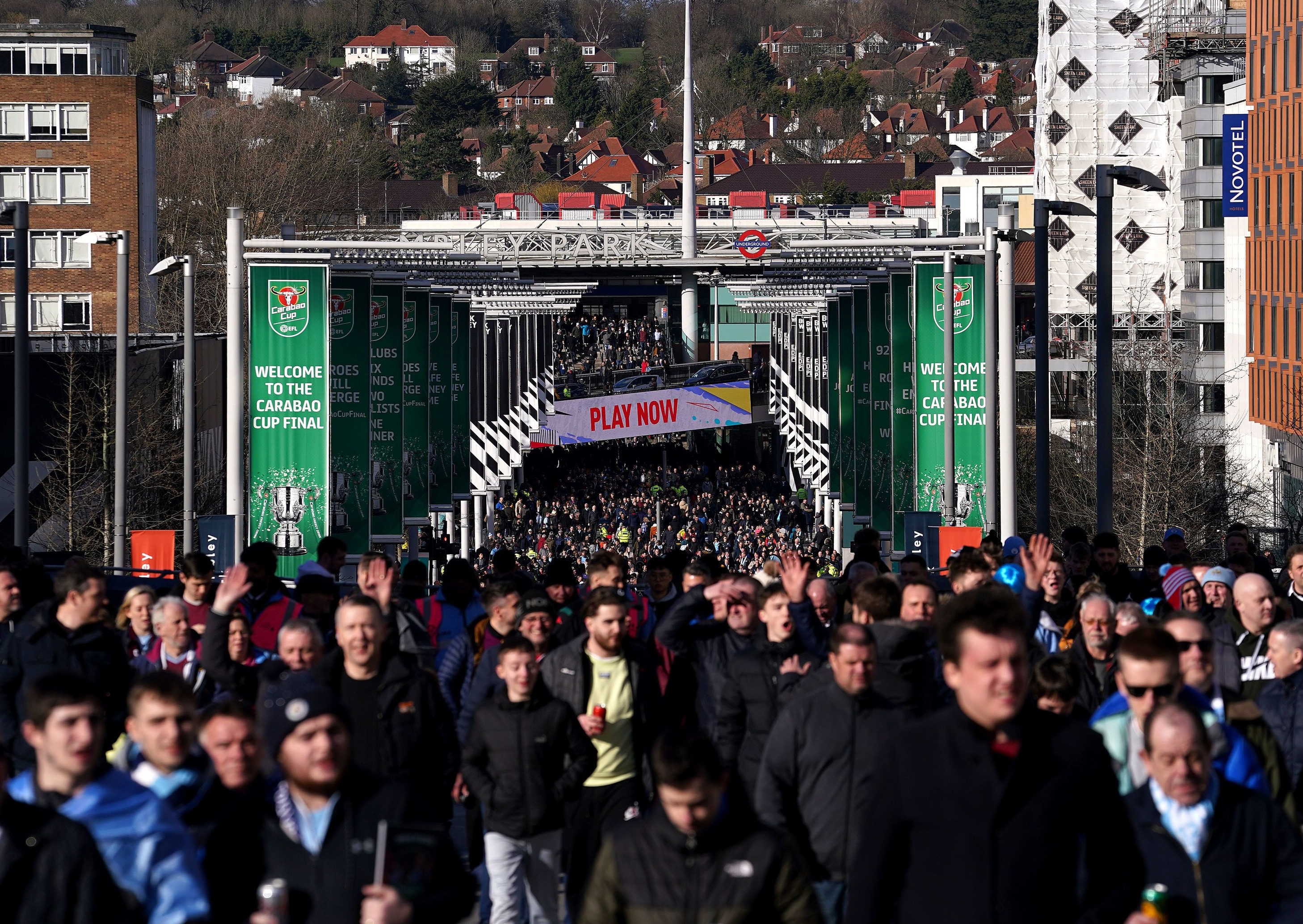 Fans could be welcomed back to Wembley for the Carabao Cup final on April 26, say the EFLCredit: PA:Press Association

But the EFL are targeting a return for fans before even that and will work with the Government to make it happen.

Wembley will play host to the Carabao Cup final between Manchester City and Tottenham on April 26.

An EFL spokesperson said: “We note the Prime Minister’s announcement today in respect of a roadmap for easing national lockdown restrictions and the Government’s criteria for a phased return of fans to sporting events.

“As has been our approach throughout the pandemic, the EFL wants to see supporters back in our stadia as soon as it is safe to do so.

“We will continue to work with clubs, DCMS, the SGSA and local authorities to this end.

“Following a successful fan pilot programme in the autumn, the EFL and member clubs have shown test events for fans can be safely delivered with the appropriate measures in place.

“With the Carabao Cup final taking place on April 25 and the culmination of the EFL season on May 8/9, we look forward to engaging with the Government about its pilot programme.

“We will be working to welcome as many fans as possible to the Sky Bet Play-Off Finals which will conclude the 2020-21 season on the Spring Bank Holiday weekend.” 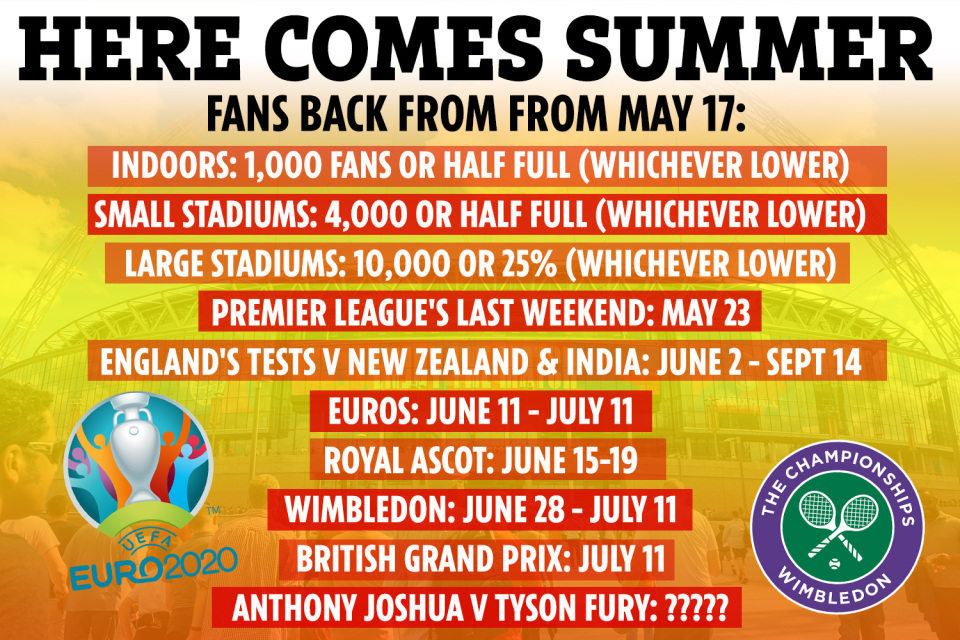 Prior to the EFL’s statement, the PM had told the House of Commons: “The turnstiles of our sports stadia will once again rotate, subject in all cases to capacity limits depending on the size of the venue.”

That opens the prospect of supporters being in seats for the seven Euro 2020 games due to be played at Wembley, as well as Wimbledon.

It would also allow race fans for the Epsom Derby and Royal Ascot in June.

And supporters will get the chance to watch the England vs India Test series and the Open Championships at Royal St George’s.

But, initially at least, numbers will be strictly limited.

When turnstiles do open, crowds will be restricted to a maximum of 10,000 or 25 per cent of capacity, whichever is the smaller.

However, it is hoped that those numbers can be swiftly increased, with even the prospect of a 90,000 full house for the Euro 2020 Final on July 12.

The PM confirmed larger events would be piloted ‘using enhanced testing, with the ambition of further easing of restrictions’.

And, if all goes to plan, from June 21, the Government aims ‘to remove all legal limits on social contact’ to ‘enable large events above the limits of step three’ to take place.

The news is a welcome boost for supporters who have been forced to become stay at home fans for most of the past 11 months since the initial sporting shutdown last March.