BORIS looks more haggard and drawn every time he appears before us to tell us what a godawful mess we’re in. His face lined and sagging.

He always tries to shove some optimism in when he’s addressing us. But I never quite believe him — the eyes give it away. 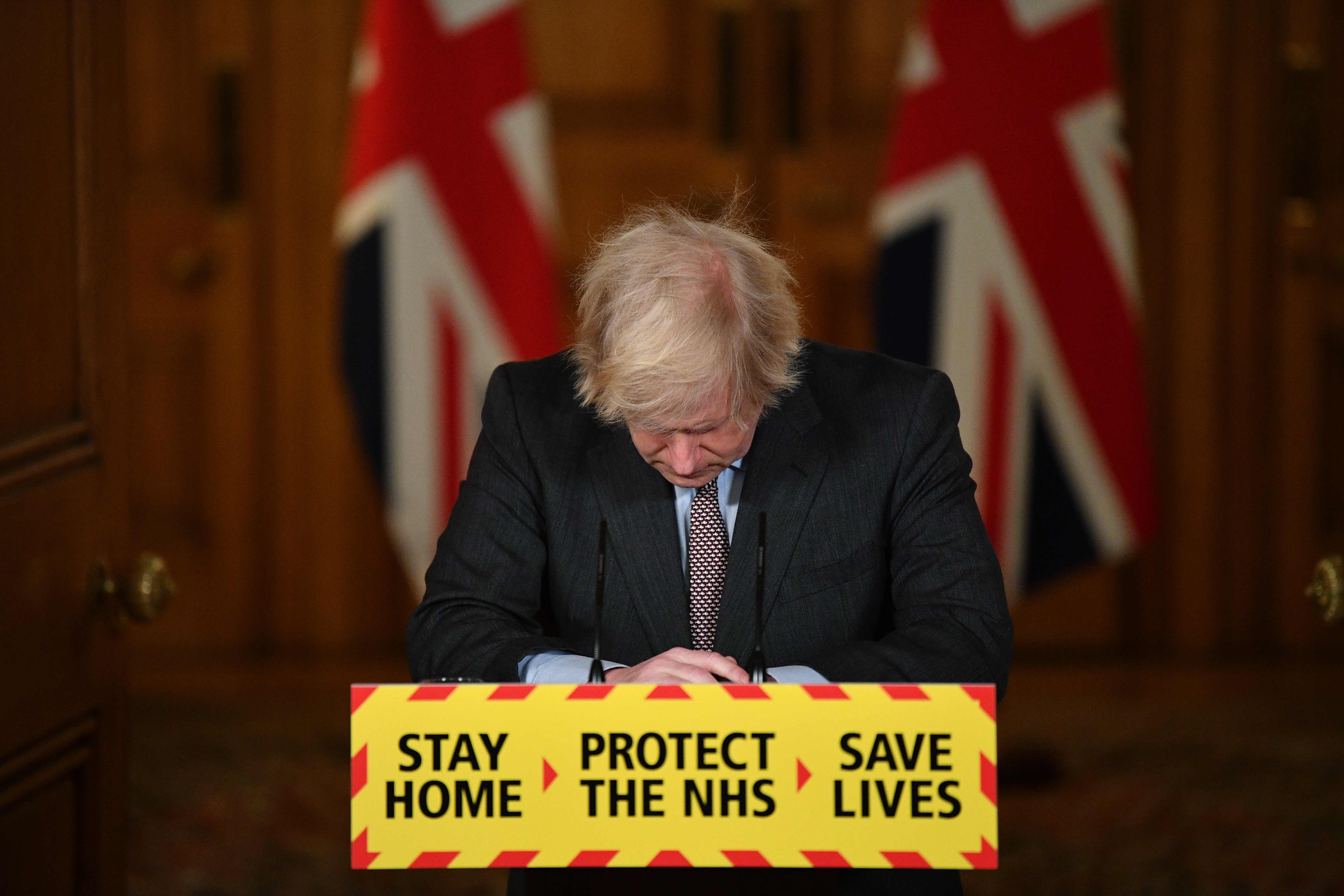 Boris Johnson looked haggard and drawn when he apologised for the 100,000 Covid deaths Credit: AFP or licensors

There was no disguising the grimness of the latest Covid stats. A horrible milestone — more than 100,000 British people dead of this wretched virus.

Boris apologised. Worse still, maybe — we have the highest death rate in the world.

How, everyone asks, could we have got it so wrong? Why did other countries fare much better than the UK?

Ed Davey, leader of the reliably hilarious Liberal Democrats, wants a public inquiry into the deaths. So, spend millions and millions of pounds hiring a geriatric former law lord to take ten years to discover three fifths of naff all.

No, sorry, Ed. Let’s get through this pandemic first before we start trying to pass out the blame.

A lawyer, Nazir Afzal, is investigating if the Prime Minister can be prosecuted. Get back in your box, Afzal. Now is not the time. And it will probably never be the time.

The Government has done the best it can. It is odious to suggest it should be a case for the police.

I don’t doubt mistakes have been made, mind. By my reckoning we were far too slow to lockdown in March 2020 and terribly slow to close our borders. I don’t think the tier system works very well and Boris was probably wrong to tell us all to go out and fill our boots, lockdown is over, last July.

But there are plenty of other reasons why the UK has seen so many die in comparison. And those reasons have little to do with our Government.

First, the UK is one of the most densely populated and urbanised countries in the world, never mind Europe. It is in these cities where Covid has taken most of its terrible toll. By and large, the more sparsely populated a country, the lower the death rate from Covid.

But then there is this. We know that the vast majority of people who have died from the virus were elderly and with underlying health conditions.

An important factor in those underlying conditions is obesity. To put it crudely, a lot of those who died were fat and elderly. 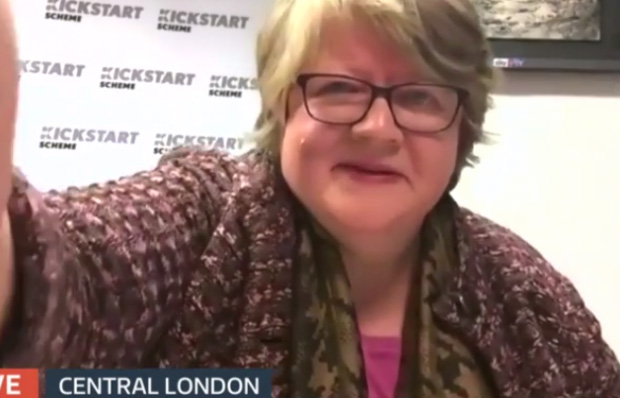 Work and Pensions Secretary stormed out of a GMB interview with Piers MorganCredit: ITV

When the government minister Therese Coffey pointed this out on GMB, Piers Morgan went berserk and Coffey ended up storming out. “You’re saying it’s all because Britons are fat and old!” Morgan raged.

Listen, Piers. Just for once, you’re wrong, mate. And you know I’m not a Conservative desperate to protect the Government. Far from it.

We are the most obese country in Western Europe. More than one in four of us are actually obese, never mind overweight. There’s been a 92 per cent rise in obesity this century.

Here’s my suggestion. Our obesity epidemic is largely to blame for the high death rate here. If this virus had struck 30 years ago, far fewer would have died.

That doesn’t satisfy the likes of Davey and Afzal and Piers, who want our politicians punished.

There always has to be someone to blame.

Sure, Boris will have got things wrong. But he is not to blame for everything.

And he is not to blame for so many of us — me included — being overweight.

THE ever-entertaining Miley Cyrus is in trouble. She told a US radio station she thought “t*ts” were prettier than “balls”. I tend to agree with this analysis. There is something a bit unappetising about a nutsack.

But now she’s getting it in the neck from the transgender lobby. They say her comments display an “underlying transphobia”. 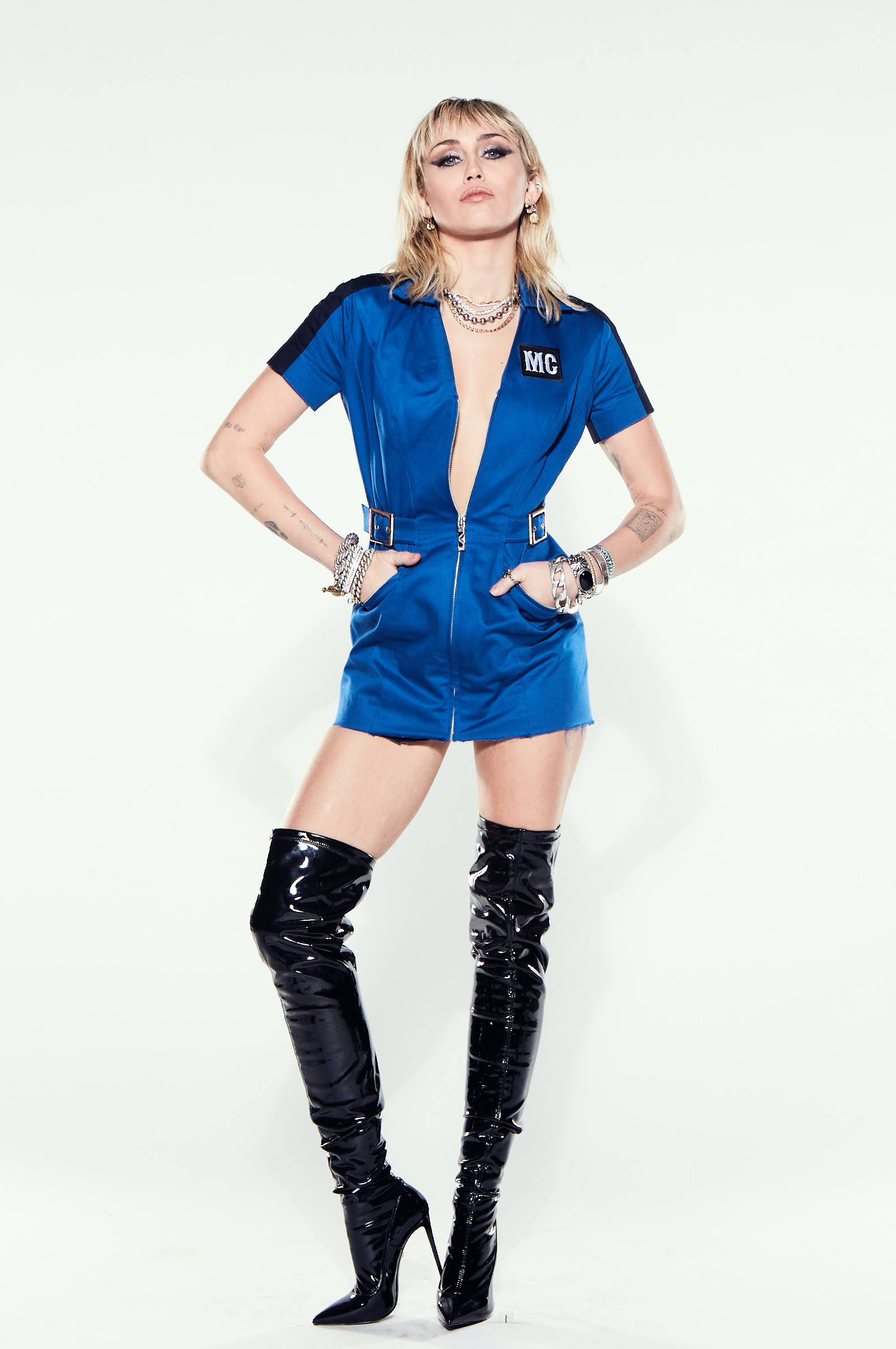 It wouldn’t surprise me if some in their world consider men transphobic if they prefer to have sex with a woman who has a ladygarden than half an elephant’s trunk down their trousers. It is a mad, deluded, world.

JUST how much sympathy do you have for people returning from holiday having to pay for their own quarantine?

Bronzing your backside in a foreign holiday resort is not a human right.

The moaners remind me of the British tourists who had to be rescued by the Navy a decade or so back. They had decided to spend their holidays in Beirut. And were most surprised that among the attractions not mentioned in the brochure was being shelled by the Israelis.

The Government is still drawing up lists of places you can and can’t go this summer without quarantine.

Here’s a tip for nowt: Don’t go abroad this year. And if you do, don’t be surprised when the country you are visiting is suddenly put back on the quarantine list.

SOME awful woman from New York keeps a file index of everybody she’s had sex with.

Mollie Miller makes a note of the time, date and place and whether the bloke was any good or not. And she shares her findings on a social media site. You’re probably in her index somewhere, to judge from the number of cards she has.

Now, what if a bloke was doing this? Can you imagine the uproar?

The roll-out of the Covid vaccine in EU countries is in chaos.

The Italians, for example, have managed to vaccinate just 2.5 per cent of their population. 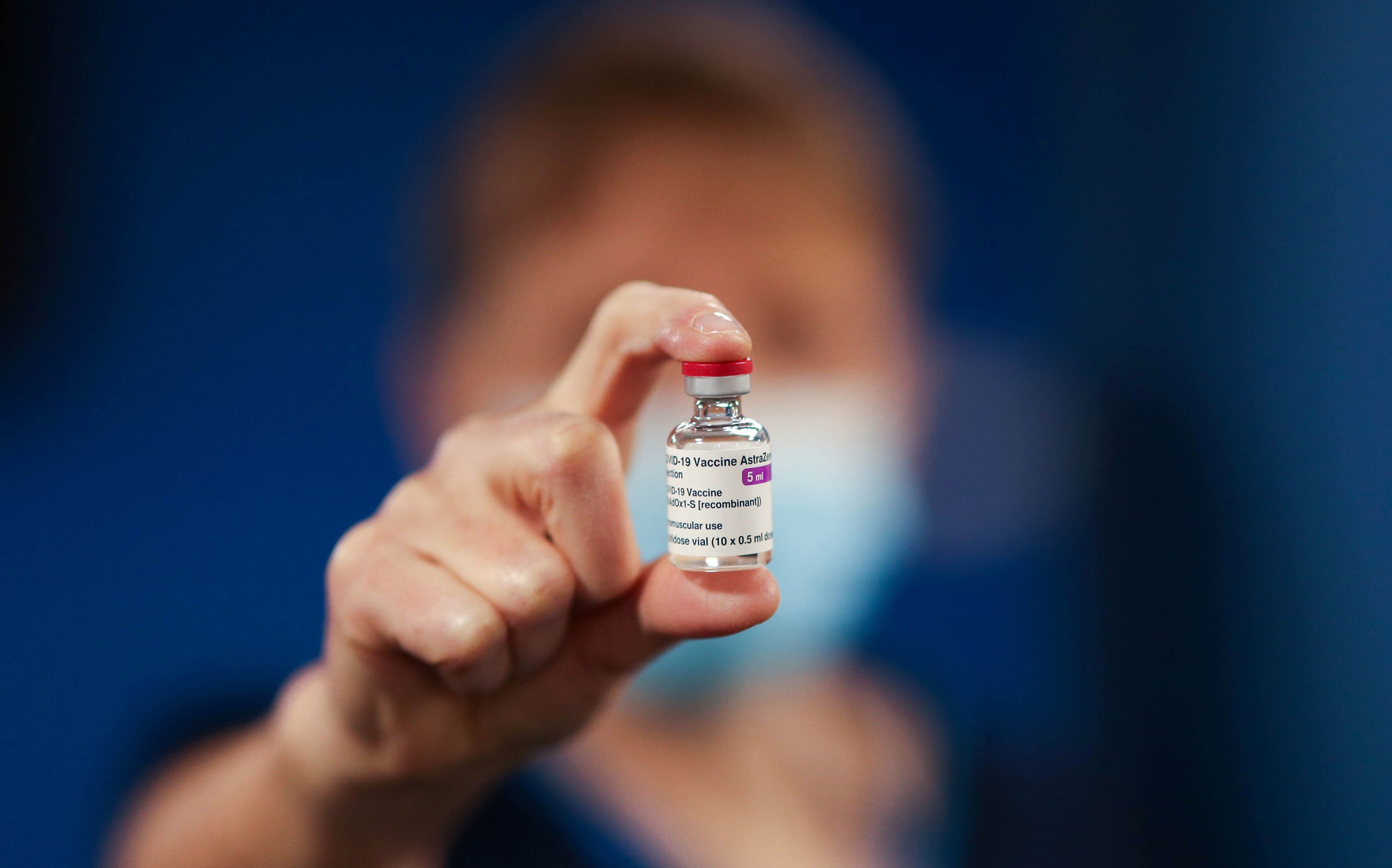 The abject failure of its vaccination programme is why the EU is cutting up nasty about supply to the UKCredit: PA:Press Association

Germany, France and Italy, for example, thought they had secured loads of doses back in the summer of 2020. But the EU insisted that it had to have final approval – and so there was a delay for two months.

This abject failure is why the EU is cutting up nasty about the supply of the vaccine to the UK.

It knows that across the continent people are looking at the UK’s vaccination programme and asking: “Why couldn’t we be doing that?”

And the answer they reach is all too obvious – the bureaucratic institution to which their countries belong.

BBC not Biden its tongue

DID you see the inauguration of President Biden last week?

Oooh, they do make a big fuss of themselves, the Yankees. Such a carry on.

But did you notice how the BBC covered the event? For them it was like the second coming of the Lord Jesus Christ.

There was not the remotest attempt to hide the very obvious bias. And very different to the way they covered the inauguration of Donald Trump four years before.

THE magic of lockdown. I’ve just spent an enjoyable ten minutes watching a hen pheasant have a fight with a moorhen. On the patio. 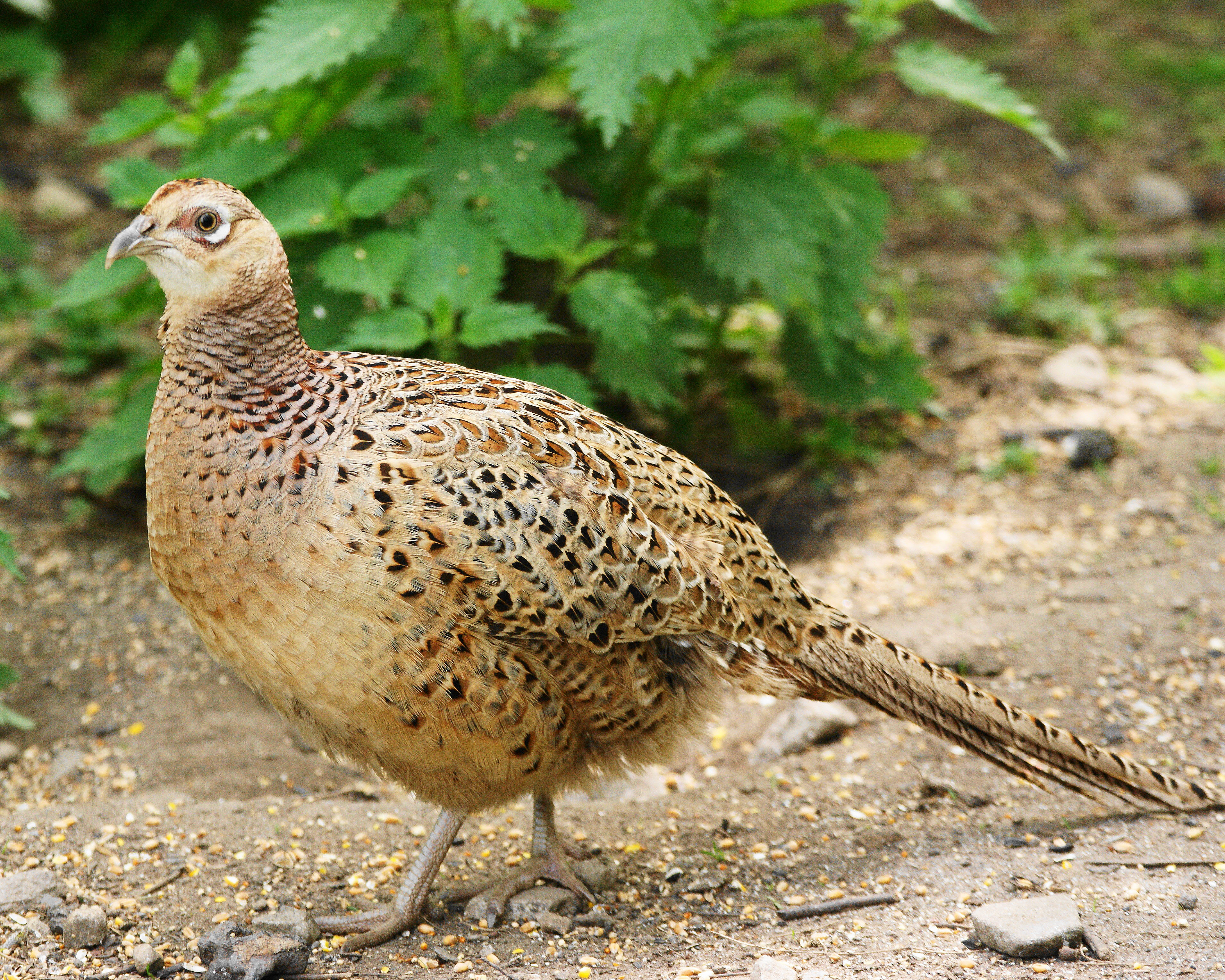 I spent ten minutes watching a hen pheasant – pictured – have a fight with a moorhen on my patioCredit: Alamy 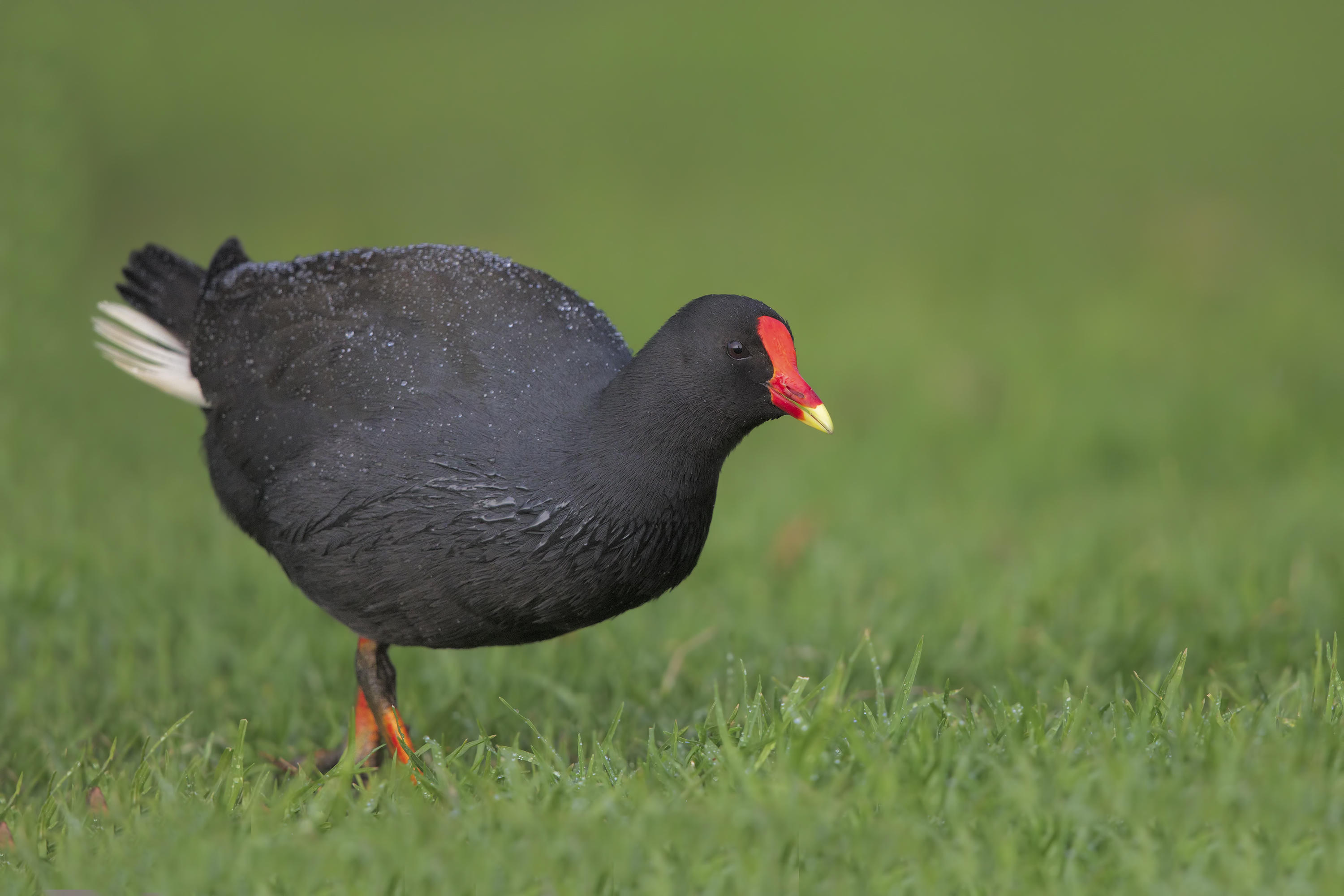 Moorhens – like this one – are vicious little b******sCredit: Alamy

The pheasant was trying to get at some grain. The moorhen was like: “One step closer and you’ll feel my beak in your stupid neck.” They pecked at each other and then the moorhen kicked the pheasant in the head. “Have that, you melt. You’re going home in a f***ing ambulance.”

Eventually another pheasant came along and must have said something like: “Leave him alone, Debs, he ain’t worth it.” Because the fight stopped. I might try to organise some moorhen v pheasant fights and film them for YouTube.

Covid so bad for kids

THE Government has announced that it is “hopeful” that schools will be allowed to reopen in March.

Much as I am “hopeful” that Millwall win the Champions League and I win a million quid on the Lottery.

I don’t think it’s going to happen. My bet is that secondary schools will not be open this side of Easter. Already some teachers are calling for all schools to be closed until September.

The nation’s kids have had a horrible time of it this past year. And while Covid can be passed on by children, it is not thought to be a significant driver of the spread of infections. The Government needs to offer the vaccine, pronto, to teachers. That should stop the unions insisting that staff are too scared to go back into the classrooms.

Getting the kids back to school is the key to rebooting our devastated economy. For every month we miss, we end up deeper in the mire.