RONDA ROUSEY has broken her silence as speculation over her WWE return intensifies.

UFC Hall of Famer ‘Rowdy’, 33, famously arrived on the wrestling scene at the 2018 Royal Rumble and debuted at that year’s WrestleMania. 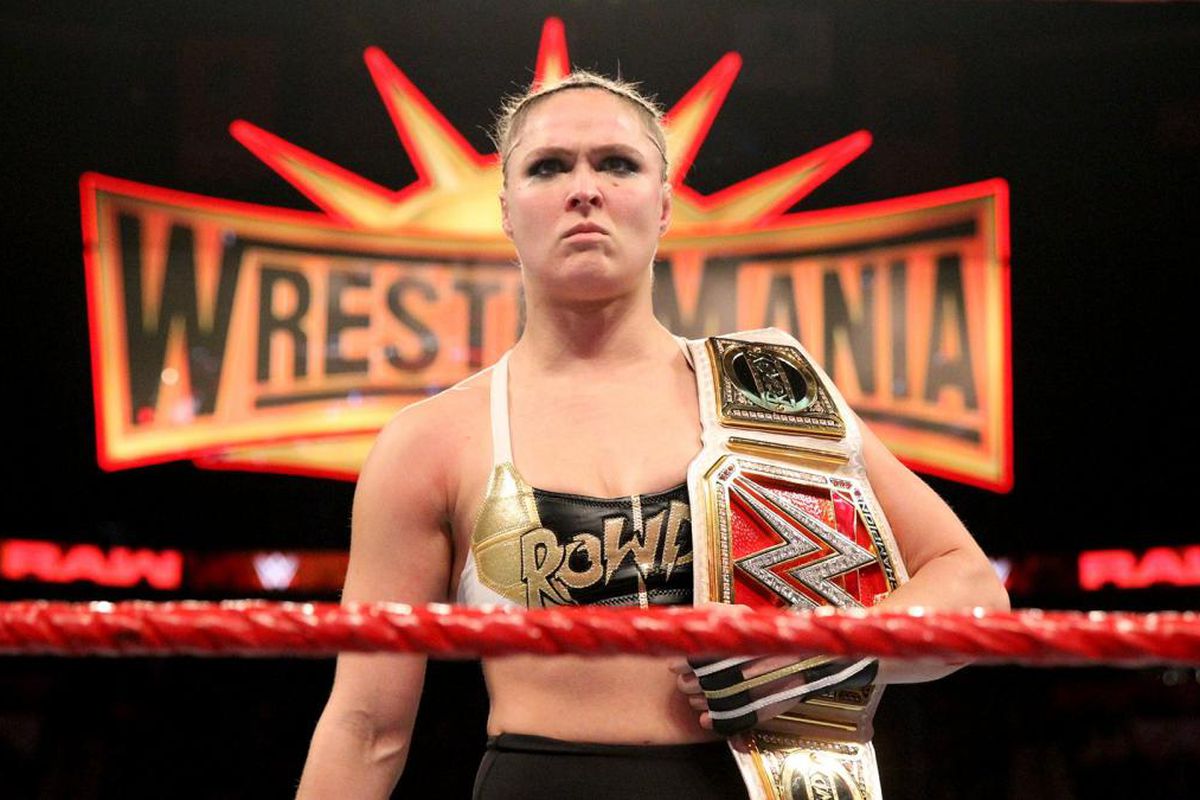 She worked a full-time schedule with the company and soon captured the Raw Women’s Title until Becky Lynch controversially took it from her at WrestleMania 35 in April 2019.

Rousey has not been seen on WWE TV since after taking time away to try and start a family with husband Travis Browne, despite dropping several hints of a comeback.

Meanwhile, Vince McMahon’s wrestling company are gearing up for the 2021 Royal Rumble this weekend.

The annual pay-per-view takes place at the Thunderdome and features the iconic over-the-top-rope main event for both men and women as they aim to secure a title shot at Mania.

Ahead of the showcase, betting companies have begun releasing their odds on who will win, with SunSport reporting the latest UK prices yesterday.

And after she spotted she was second fave behind Rhea Ripley with Oddshark, she could not resist a Twitter tease to the WWE Universe.

Sharing a snap of the odds, she commented: “Best way to make a profit since r/wallstreetbets did that stuff with GameStop I don’t understand #RoyalRumble2021.”

Stephanie McMahon last week discussed the possibility of seeing the superstar back in the squared-circle.

She told TMZ Sports: “Ronda’s been very public that she’d like to start her own family.

“Once she does that, our doors are absolutely open, our arms are open, we are very hopeful that Ronda will come back home to WWE.”

One big name is already confirmed to return at the Rumble.

Hall of Famer Goldberg is back and will challenge Drew McIntyre for the WWE Title.