Wendy Williams reflected on the rocky aspects of her two-decade marriage to Kevin Hunter, admitting he cheated on her several times before their split.

“We were married for almost 22 years. We were together for 25 years,” the talk show host, 56, said on SiriusXM’s The Jess Cagle Show on Monday, January 25. “I don’t regret the day of meeting him. I don’t regret putting up with him for all 25 years — and that has nothing to do with him having this baby or him having this side girl for almost 15 years of our marriage. I’ve known about her almost since the beginning. I’ve known that Kevin is a serial cheat.”

Williams continued, “The first time I found out was while I was pregnant with our son [Kevin Hunter Jr.] on bedrest. During that time I gave birth to him, he was in the delivery room. … He’s passing out cigars and [saying], you know, ‘My wife and I and little Kev.’” 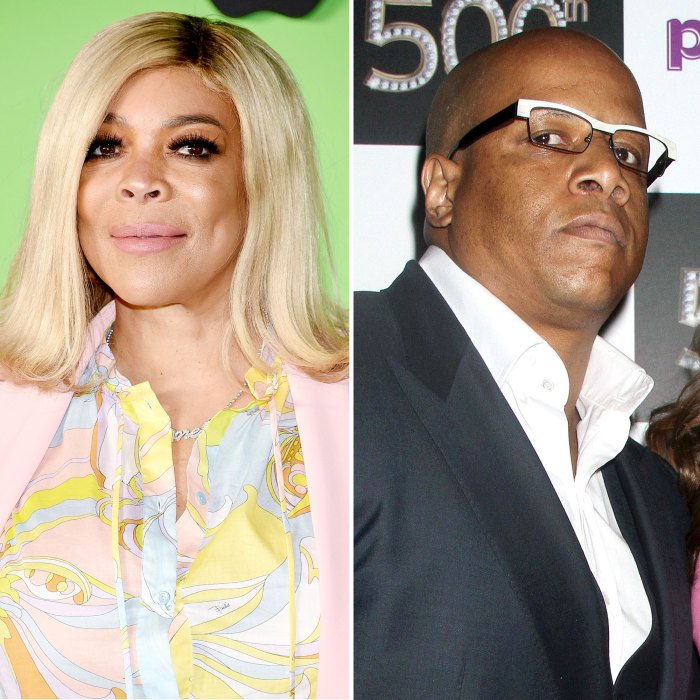 The New Jersey native explained that she “plotted to divorce” the 48-year-old TV producer. “I sacrificed a lot of myself to come out successful on the other side, and it all worked,” she added.

Us Weekly confirmed in April 2019 that Williams filed for divorce from her husband after nearly 22 years of marriage. The split came after her longtime love welcomed a child with his mistress, which the broadcaster later confirmed to The New York Times.

“Kevin had a major indiscretion that he will have to deal with for the rest of his life. An indiscretion that I will not deal with,” she told the publication in August 2019. “I never thought that I would be in this position. I’m a very forgiving person, but there’s one thing that I could never be a part of, and that one thing happened.”

The pair’s divorce was finalized in January 2020.

Williams has a new outlook heading into 2021. The Think Like a Man actress, who produced an upcoming Lifetime film on her life titled Wendy Williams: The Movie, recently shared what she is looking for in a potential romantic partner.

“I’m 56 now. I’m a mom, I’m not a single woman running around town with [rappers and DJs] like Eric B. anymore. Those days are over,” she told Entertainment Tonight in an interview posted on Tuesday, January 26. “My next boyfriend, hopefully husband he’ll turn into, I don’t want him to be in this business.”

The Ask Wendy author continued, “He’s got to appreciate my humor and have a sense of humor for the business that I’m in and not try to stop me. But he’s also got to be very, very comfortable in the man that he is and he’s got to be 45 years or older.”

Us Weekly has reached out to Williams’ ex-husband for comment.