Ooh la la! Tristan Thompson and Khloé Kardashian got flirty in the comments section of a sexy snap shared by the reality star.

The Boston Celtics player, 29, weighed in on a Saturday, January 30, Instagram pic of Kardashian, 36, sporting a bikini beneath a sheer blue dress while vacationing with some members of her famous family. Thompson commented three heart-eyes emojis, three red hearts and two fire emojis. She responded with a series of smiley faces. 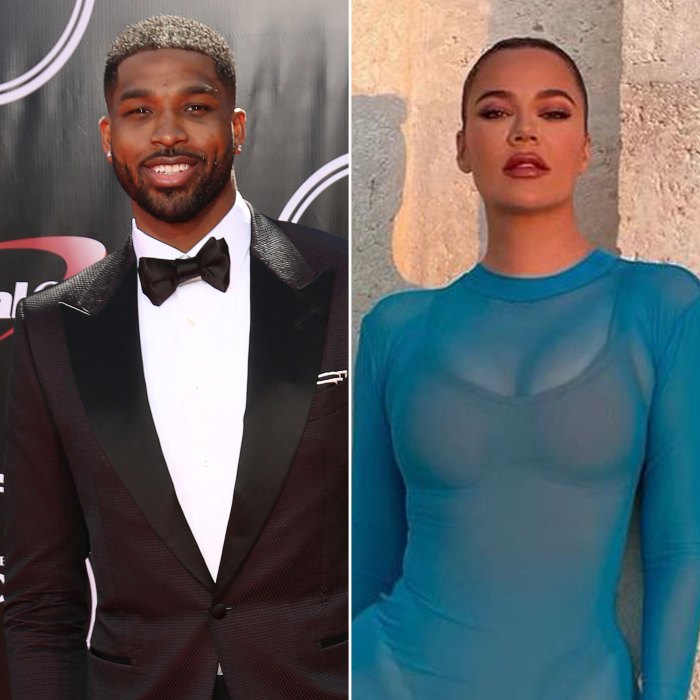 Kardashian’s beau welcomed her home from her trip to Turks and Caicos in the sweetest way later that day. The Keeping Up With the Kardashians star shared pictures via her Instagram Story on Saturday of pink balloons, a “Welcome Home” banner and several flower bouquets. 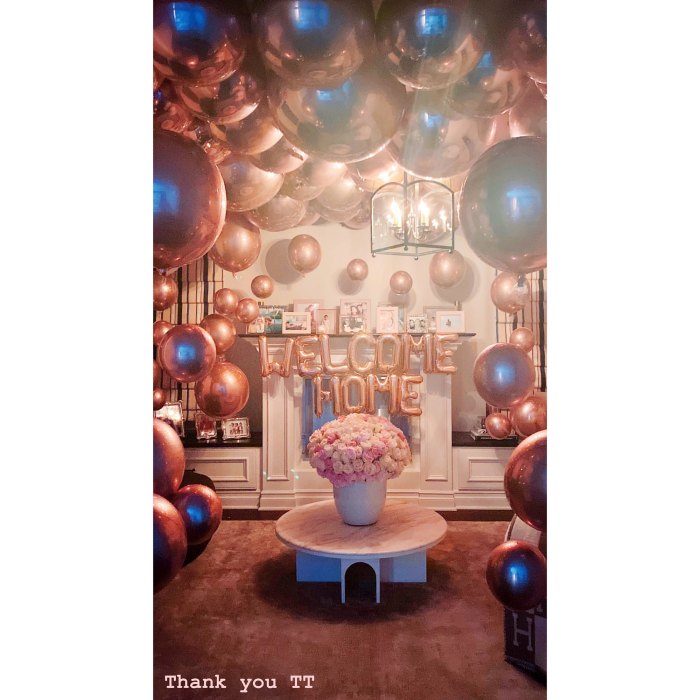 Their social media flirtations come days after the trailer for the final season of Keeping Up With the Kardashians teased a big decision ahead for the duo. “I just feel like it’s now time to have another kid,” Kardashian tells Thompson in the teaser. They welcomed their first child together, True, 2, in 2018 but they split a year later.

Four months after Us Weekly confirmed they rekindled their romance, the couple sparked engagement rumors. In photos published by TMZ in December 2020, Kardashian was spotted wearing a massive ring on her left hand while walking around Boston with Thompson. A source later clarified to Us, “It’s not an engagement ring. She often wears a ring on that finger.”

Thompson relocated to Massachusetts after signing a $19 million deal with the Celtics in November 2020. Us previously reported that the Good American cofounder and her daughter will spend some time living on the East Coast with Thompson and the rest at her home in Calabasas, California.

Thompson and Kardashian started dating in September 2016 but their relationship was rocked in April 2018 after he was accused of cheating on her with multiple women throughout her pregnancy. Their second split took place in February 2019 following his cheating scandal with Kylie Jenner‘s former best friend Jordyn Woods.

The pair quarantined together amid the coronavirus pandemic in 2020, during which time a source told Us Thompson was “fighting to make their relationship work more than ever.”