Next steps. Kim Kardashian “began talks” with high-power divorce attorney Laura Wasser in July 2020 to determine a strategy amid her marital struggles with Kanye West, a source exclusively says in the latest issue of Us Weekly.

The Skims founder, 40, and the Grammy winner, 43, sparked rumors that they were heading for a split after six years of marriage earlier this month following a “big fight” during the holiday season. As speculation about their relationship status continues to spread, Kardashian has sought the guidance of “her financial advisors to figure out an exit plan that would be best for her whole family,” the source says.

Kardashian and West exchanged vows in May 2014 and share four children: North, 7, Saint, 5, Chicago, 3, and Psalm, 20 months. While considering her options amid her ups and downs with the Yeezy designer, the reality star is hoping to divide their shared belongings evenly. 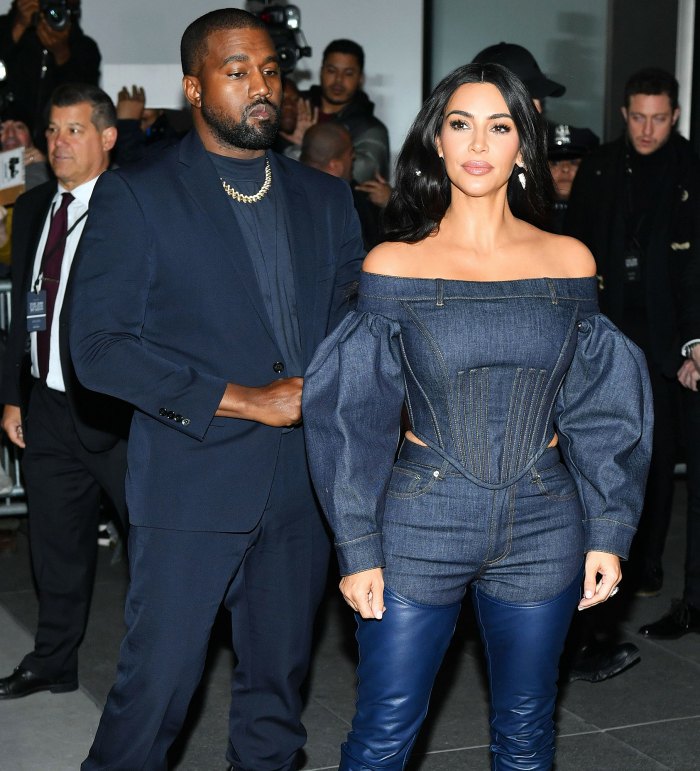 “Kim has had all of her and Kanye’s financials and properties ready to be split, it’s a very fair deal for everyone,” the source adds. “Kim has all of her assets and financials ready for when she decides to file officially. Friends thought she was going to file in September, but she’s holding out. That does not mean that everything behind the scenes is already done.”

Us previously confirmed that Kardashian was looking into getting a divorce in July following West’s emotional display at his presidential campaign rally in South Carolina, when he alleged that the KKW Beauty thought about aborting their first child, North. A source later revealed that the “Gold Digger” rapper’s controversial statements were the last straw for Kardashian.

“She didn’t just walk away,” the insider told Us earlier this month, claiming that it was “only a matter of time” before things went south for the couple. “The comments about North and the abortion were the final confirmation. She will protect the children first, always.”

The pair’s rough patch comes shortly after West showed up late to his wife’s private island birthday bash in October 2020 and was noticeably absent from photos of the Kardashian-Jenner family’s Christmas Eve celebration. Kardashian was later spotted without her wedding band on her finger. While fans anticipate the duo’s next move, a third source told Us that Kardashian and West haven’t been seeing eye to eye for some time.

“They have both been living separate lives for many months now. … Kanye isn’t as focused and doesn’t live in the real world,” the source said earlier this month. “Their world views no longer line up.”

Us previously reported that Kardashian has had Wasser and her team on retainer for several months as she continues to work through her rocky romance with West. Members of the California native’s inner circle are “skeptical” that she’ll finally pull the plug but think going their separate ways could be what’s best for the couple.

“While they have a multitude of problems, friends on both sides think there is a chance this separation could give them a fresh start,” a fourth source explained earlier this month.

For more on the pair’s marriage woes, watch the video above and pick up the latest issue of Us Weekly, on newsstands now.