In need of a throwback! Kate Bosworth reflected on her teenage days, which included spending time with Chris Evans in the ‘90s.

In the pics, Bosworth and Evans sat in a hammock, chatted and posed together on the set of The Newcomers. The film, released in October 2000, followed a family that starts over in a new town and also starred Matt McCoy, Jeff Fahey, Josh Peck and Paul Dano.

When an Instagram user commented that the pair looked like “babies” in the shots, the Blue Crush star replied, “Truly how is he normal looking and I look so fckn dorky.”

Bosworth joked in another response that she was a “full dork” at the time. 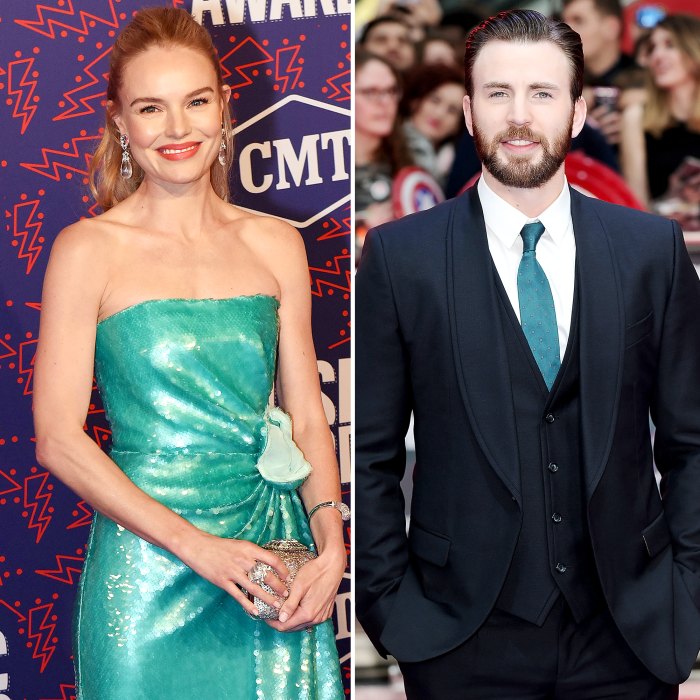 The Superman Returns actress added a message specifically for social media stars on her Instagram Story. “I would like to point out to all teen influencers looking flawless on Insta … this is how we used to roll in the 90’s,” she quipped, alongside the hammock pic.

Bosworth and Evans were linked after costarring in The Newcomers. However, they have both since moved on. She married director Michael Polish in August 2013, while the Knives Out actor sparked romance rumors with Lily James in July 2020 after they were spotted getting cozy in London.

The Mamma Mia! Here We Go Again star, 31, declined to reveal whether she was dating Evans in her November 2020 Harper’s Bazaar U.K. cover story. She once again played coy in an October 2020 interview with The Guardian.

“No comment,” James said, teasing: “I couldn’t confess to breaking laws, you know.” The actress gave a “suggestive smile” and claimed to have “spent the summer on her own, at home in London, reading poetry aloud and watching films.” (Amid speculation about her relationship with Evans, she was seen kissing Dominic West in Rome in October 2020; the Affair alum, 51, and his wife, Catherine FitzGerald, later clarified that they were “very much still together.”)

As for Bosworth, she revealed in September 2019 that she stopped dating actors after her romance with Orlando Bloom, whom she split from in 2006 after more than two years. She explained on Watch What Happens Live With Andy Cohen that actors getting involved with fellow actors is “no bueno,” noting: “It’s just — it’s too much of the same thing.”