Kaitlyn Bristowe ‘Would Have Done Anything’ to Stay With Shawn Booth

Looking back. Former Bachelorette Kaitlyn Bristowe has been happily dating Jason Tartick since January 2019, but before that, she was sure her ex-fiancé Shawn Booth was The One.

“I was madly in love with him,” the Bachelor alum, 35, said on the Wednesday, January 27, episode of the “Reality Life with Kate Casey” podcast. “I thought that was my person, and I would have done anything to try to stay with him.”

Booth, 33, and Bristowe got engaged in 2015 during the season 11 finale of her season of The Bachelorette. After three years together, they called off their relationship in November 2018. 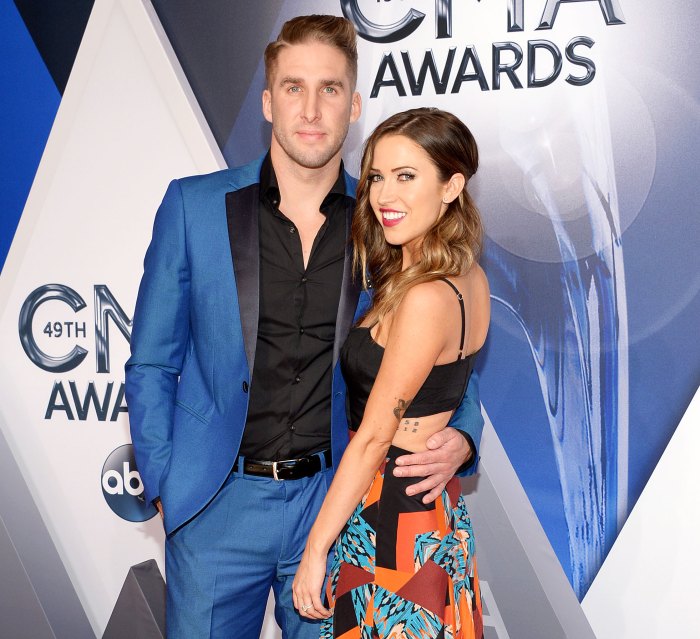 Shawn Booth and Kaitlyn Bristowe arrive at the 49th annual CMA Awards at the Bridgestone Arena in Nashville, Tennessee on November 4, 2015. Evan Agostini/Invision/AP/Shutterstock

The Connecticut native felt pressured to stay together because of the show, the “Off the Vine” podcast host claimed during the interview.

“I think he felt that way. I don’t feel like I did because, I mean, there is definitely a lot of pressure on us,” she shared. “Through those years it did feel like a lot of pressure, and people were always chiming in and kept talking about your relationship and think they know your relationship. I found that hard to keep up with because people did not know we were struggling on the other side.”

The Canada native, who first competed on Chris Soules‘ season of The Bachelorette before leading her own season, noted that fans thought they were “perfect” — and she hoped they could be.

“I think he felt the pressure to stay together because of what people would think,” the Dancing With the Stars winner said. ” I sound like I am bashing him, which I might be, [but] I think he was kind of like, ‘Everyone thinks we are perfect, let’s try and make it work.’ I was like, ‘Everyone thinks we’re perfect and I do want to try to make it work.’”

Despite her past, Bristowe is now in a happy relationship with Tartick, 32, who appeared on Becca Kufrin‘s season of The Bachelorette. Although the couple are not yet engaged, she does hope to have a baby soon.

During season 29 of DWTS, she was partnered with Artem Chigvintsev, who had a newborn baby with fiancée Nikki Bella at home.

“It’s definitely giving me baby fever,” the Spade and Sparrows owner told Us Weekly exclusively in September 2020. “I’m like, ‘OK let’s just win this mirrorball so I can go have babies!’”