The Seventh Heaven alum, 38, posted a pic of the “Sexy Back” singer wearing a crown while looking at a giant stack of pancakes and fruit, along with a series of other photos. 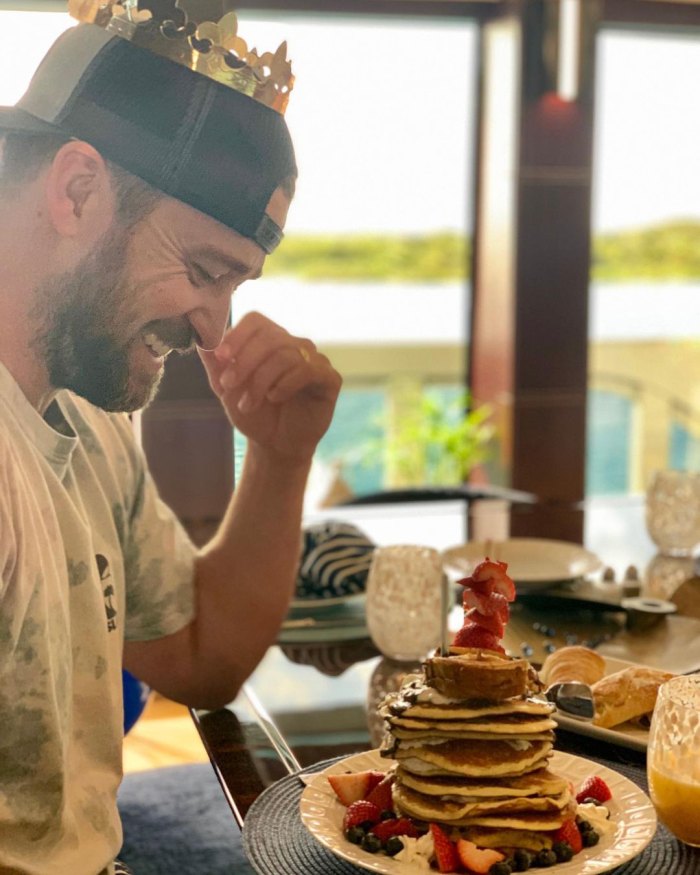 “There’s no one I have more fun with, have more laughs with, feel more deeply for and have more history with. I honor you today, baby. And wish you the most creative and fulfilling year to date. Happy 40th, my love,” she captioned the adorable social media snaps.

Timberlake’s year is already off to a creative start. The Grammy winner appeared on The Tonight Show Starring Jimmy Fallon on Friday, January 29, where he teased an upcoming album. “Can we say? Is there a possibility that there’s going to be a new Justin Timberlake album in the works?” host Jimmy Fallon questioned.

The boy band alum replied, “Yeah, we can say that. There is a possibility. Let’s go with yes. I’ve been in and out of the studio working on stuff.”

Biel’s Instagram post comes two weeks after the Trolls actor officially confirmed that he and his wife welcomed a second child in 2020. He made the reveal during an appearance on The Ellen DeGeneres Show on January 17, telling the show’s host, “He’s awesome and so cute. Nobody’s sleeping.” Timberlake also revealed his second son’s name for the first time during the show: Phineas.

“Silas is super excited. Right now, he’s very much liking it,” he told Ellen DeGeneres of his 5-year-old son’s reaction to being a big brother. “But, you know, Phin can’t walk yet or chase him down, so, I don’t know, we’ll see what happens.” 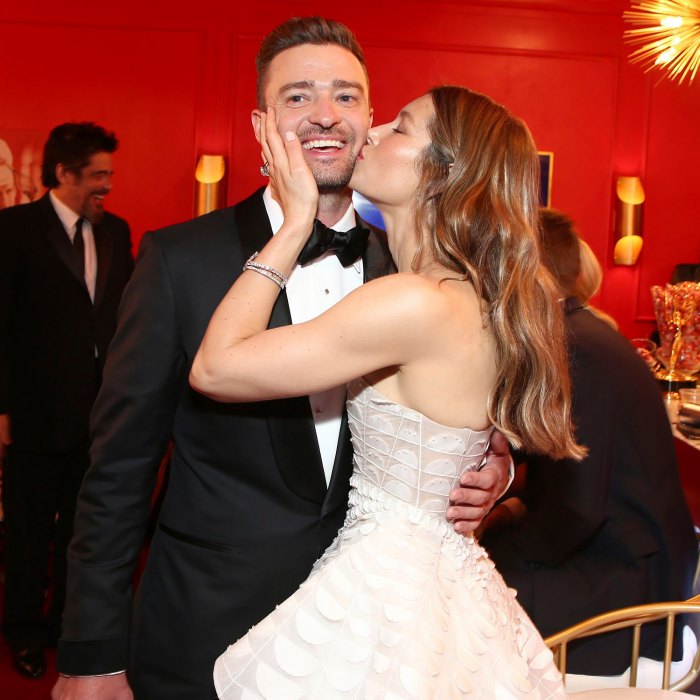 Brian McKnight told Hollywood Life in July 2020 the former N’Sync member “had a new baby.” Timberlake and The Sinner star kept the pregnancy under wraps while quarantining in Big Sky, Montana, amid the coronavirus pandemic.

Biel and the Tennessee native tied the knot in October 2012 after a 10-month engagement. Timberlake popped the question in December 2011 and Us Weekly broke the news the following month. The pair dated for nearly five years before getting engaged, splitting for three months in 2011. They welcomed their first child together in 2015.