Aww! Derick Dillard was spotted flirting with wife Jill Duggar in the comments of a recent Instagram post.

On Friday, January 22, Duggar, 29, posted a series of photos of herself posing in modest workout gear. Dillard, 31, was among the many commenters who flooded the post with positivity — reminding his wife of six years that she’s still got it. 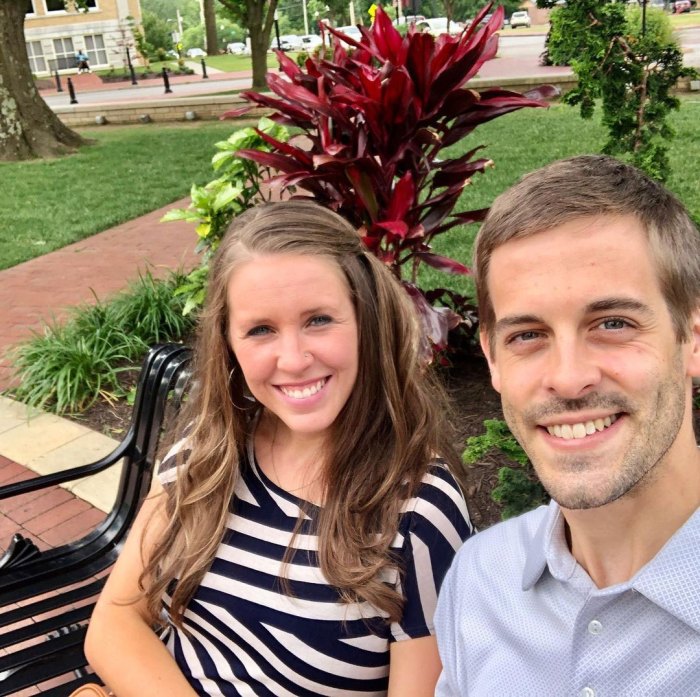 Dillard and Duggar have been largely out of the limelight since they stepped away from the Duggar family’s TLC reality show Counting On. In October 2020, the couple revealed during a YouTube Q&A that they left reality TV and began distancing themselves from the Duggar family after they “found out we didn’t have as much control over our lives as it related to the show and stuff.” They still make it a point to connect with fans online, and have recently gotten candid about some unexpected topics like sex, birth control and more. 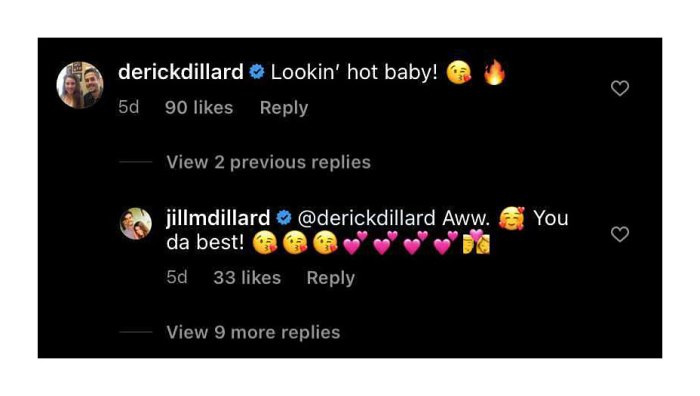 A month after they fielded questions from fans on their YouTube channel, the law school student shared the NSFW reason Duggar and her siblings rush to get married. He wrote simply, “Because we want to have sex.”

In September 2020​​​​, the duo went on to answer a question from a fan about birth control. They confirmed that they do use it, which came as a surprise to some, but said they “prefer to use non-hormonal birth control methods because we don’t want to use anything that could potentially cause an abortion.” Dillard and Duggar noted that “there are probably uses for hormonal birth control,” but the Arkansas native and her husband try to be “more natural-minded.”

She told viewers, “Sometimes there can be more longer-lasting effects from hormonal birth control and stuff like that so we just steer clear of those. Eventually we want to have more kids and stuff — Lord willing — so we don’t want to mess too much with all of that and potentially cause problems.”

The former reality TV stars further shocked fans when they revealed last year that they drink alcohol. Duggar confirmed that she had an alcoholic beverage during a date night with her husband after telling Us Weekly in 2014 that her family abstains from alcohol.

Dillard and Duggar, who tied the knot in 2014, share sons Israel, 5, and Samuel, 3. Last year, they said in a vlog they would “love” to give the boys a sibling, adding that they didn’t “have a number” of children they want to have in mind.

“Probably not 20 kids. But again, we’re not going to rule anything out,” Duggar said in the YouTube video at the time. “If God has us run an orphanage or something, then maybe we’d have more than that! I don’t know. So we’ll see. Derick’s mom was adopted, so adoption’s always had a special place in our heart. But we’ll see. We’re not saying no, never or anything yet.”